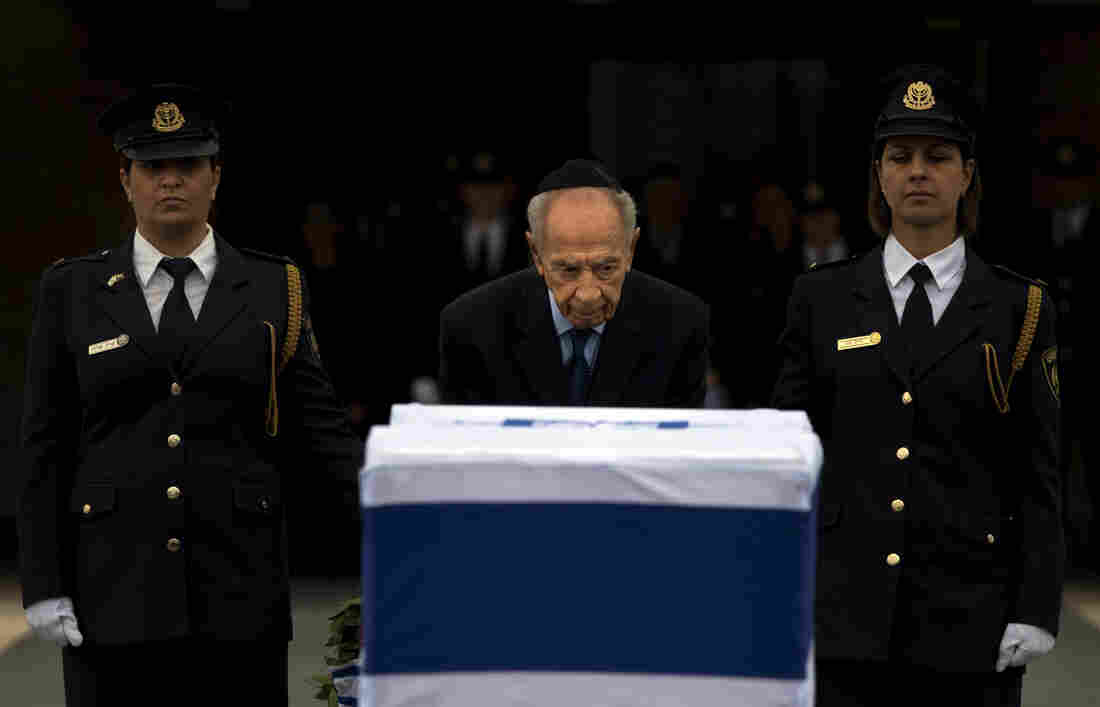 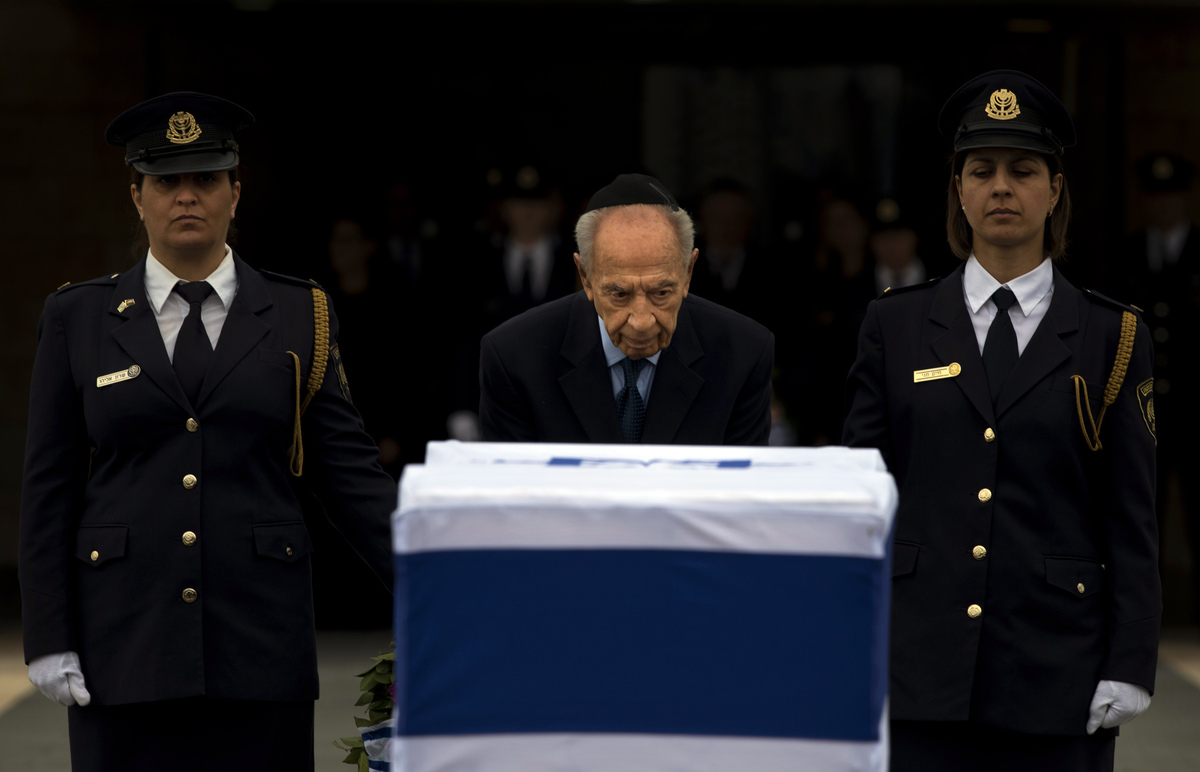 Israel's President Shimon Peres stands next the coffin of former Israeli Prime Minister Ariel Sharon at the Knesset in Jerusalem on Sunday.

The body of former Israeli Prime Minister Ariel Sharon was lying in state on Sunday outside the country's parliament.

As Haaretz reports, the Israeli public, as well as top government officials gathered at the Knesset to pay their respects.

Sharon, one of Israel's most iconic figures, died on Saturday after spending eight years in a coma.

The Jerusalem Post reports that Israeli Prime Minister Benjamin Netanyahu, who disagreed vehemently at times over the years, began a cabinet meeting on Sunday with a moment of silence.

"I think that he represents the fighting generation of Jews who arose with the renewal of our independence," Netanyahu said, according to the Post. "He was connected to the land, he knew it was necessary to defend the land, and he knew above all that our independence is our ability to defend ourselves by ourselves."

He went on: "Arik was first and foremost a fighter and a commander, one of the greatest military leaders that arose among the Jewish people in modern times and through the generations."

The Associated Press reports that hundreds of Israelis filed past his flag-draped coffin.

"My heart is broken. Israel lost the King of David. There is no other word to describe this man, they don't make people like this anymore," mourner Uri Rottma told the AP.

A state funeral is scheduled for Monday. A U.S. delegation led by Vice President Joe Biden will attend.