Accessibility links
Chomp! Fish Snatches Bird In Flight: VIDEO : The Two-Way The African tigerfish can apparently leap into the air to catch fast-flying birds as they zoom by. There have been tales about this impressive feat. Now there's video of it.

The Smithsonian Channel doesn't call it "the ferocious tigerfish" for nothing. 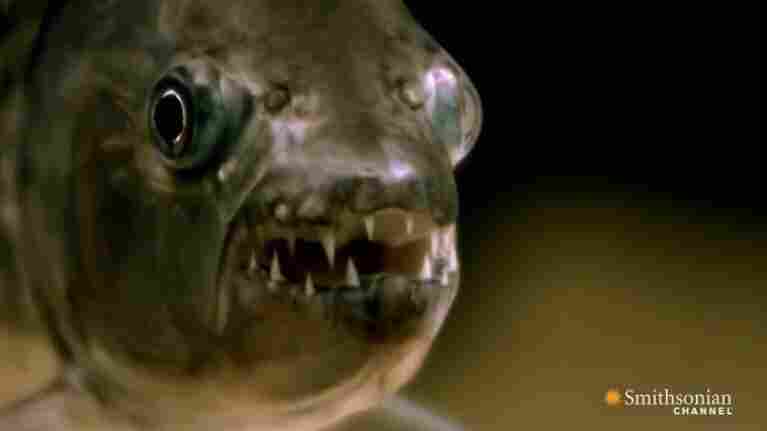 My what big teeth you have. An African tigerfish. Smithsonian Channel hide caption 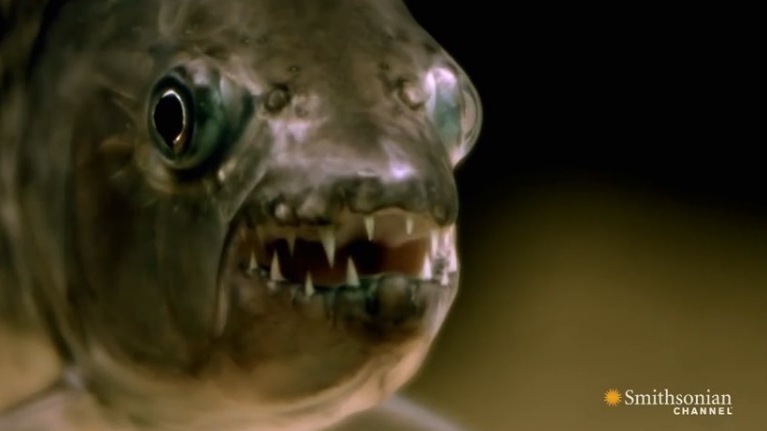 My what big teeth you have. An African tigerfish.

It's been clear for ages that the African tigerfish is a vicious predator. Just check out those teeth.

Now researchers in South Africa say they've got video that proves something else that's really amazing about "Africa's answer to the piranha":

It can leap from the water to snatch a bird — and not a feathered snack that's just floating or standing around in shallow water. We're talking about a fast-flying swallow. Take a look at the clip, which Nature Newstream has helpfully presented in both real time and slow motion.

It's thought to be the first evidence of a freshwater fish "catching birds on the wing," the BBC says.

The researchers' work is published in the latest Journal of Fish Biology.