Accessibility links
Pregnant Women Warned Against Drinking Water In W.Va. Area : The Two-Way The CDC says pregnant women should stick to bottled water until all traces of a coal-treatment chemical are gone from the local water supply. 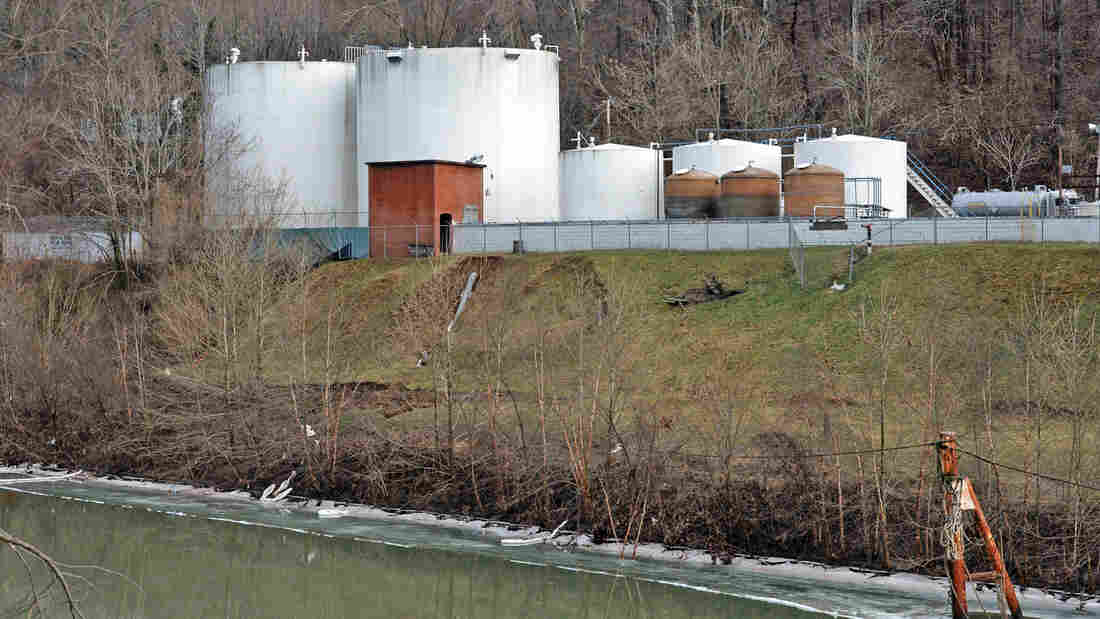 The Freedom Industries facility sits on the banks of the Elk River last Friday, in Charleston, W.Va., site of a chemical spill that has led to a ban on using tap water in the area. The CDC says pregnant women in affected areas should drink only bottled water. Tom Hindman/Getty Images hide caption 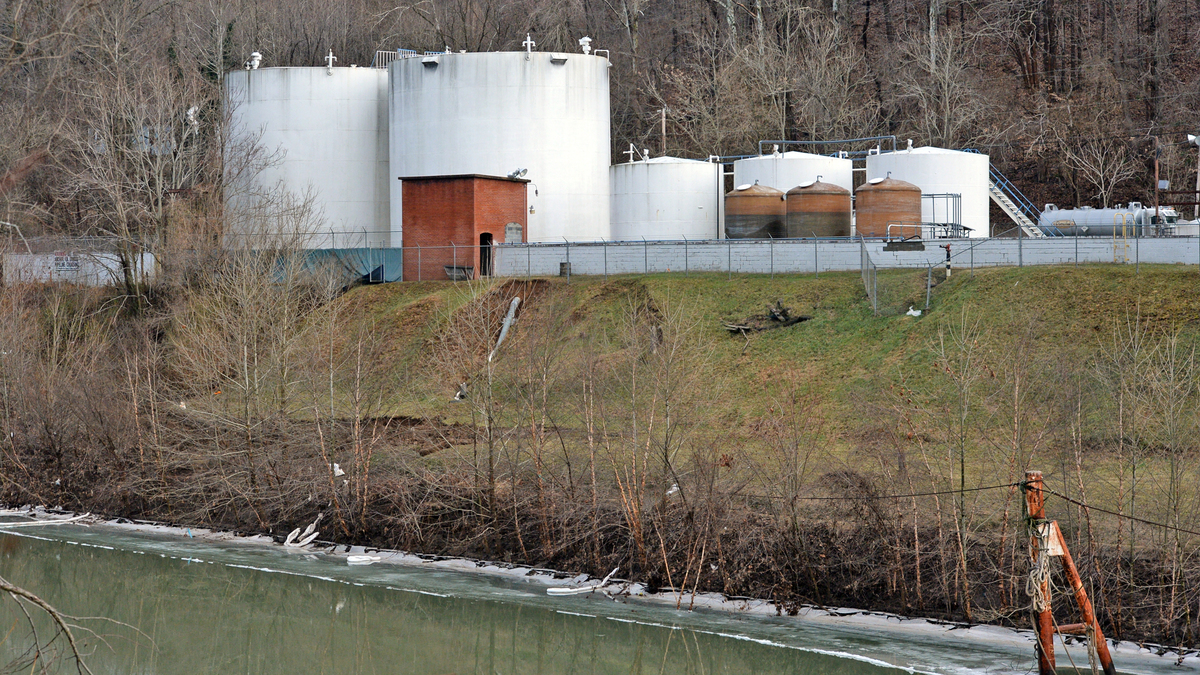 The Freedom Industries facility sits on the banks of the Elk River last Friday, in Charleston, W.Va., site of a chemical spill that has led to a ban on using tap water in the area. The CDC says pregnant women in affected areas should drink only bottled water.

The Centers for Disease Control and Prevention is urging pregnant women who live in the areas of West Virginia where a toxic chemical leaked into the water supply last week to drink bottled water, even in places where the no-use ban has been lifted. The move comes "out of an abundance of caution," the CDC and the state's Bureau of Public Health say.

The federal agency said Wednesday that pregnant women should stick to bottled water "until there are no longer detectable levels of MCHM in the water distribution system," referring to the coal-treatment chemical that sparked a ban on use of tap water for some 300,000 people in nine counties around Charleston, W.Va.

The water ban has been lifted for parts of that area in recent days (a West Virginia American Water map can show you the latest data). But as some residents tell NPR's Hansi Lo Wang, they're still not trusting it, even if their water has been declared safe.

"I'm just not trusting it right now," Tammy Coles of Charleston said as she picked up water bottles on her lunch break today. "I shower with it, but that's about it."

In giving caution to pregnant women, the CDC also reaffirmed its "previous advice that it does not anticipate any adverse health effects from levels less than 1 ppm."

As Elizabeth Shogren reported for Tuesday's All Things Considered, the chemical that caused the water scare after thousands of gallons of it leaked from a plant last week wasn't widely known:

"The chemical is called 4-methyl-cyclohexane-methanol, or MCHM. If you've never heard of it, you're in good company. Most chemists and toxicologists hadn't either — nor had the water company, nor emergency responders in West Virginia who had to deal with thousands of gallons of it spilling from a tank into the Elk River, just a mile and a half upstream from the intake for the region's drinking-water plant."

MCHM is used to clean coal. At the time of the incident, even the CDC didn't have a standard for how much of the chemical might be considered safe, Elizabeth says.

Freedom Industries, the company responsible for the spill, was ordered last week to move all its chemicals to a different site in Nitro, about 10 miles from Charleston. But the AP says there are problems there, as well:

"According to a state Department of Environmental Protection report, inspectors found that, like the Charleston facility, the Nitro site's last-resort containment wall had holes in it. The report described the site's wall as 'deteriorated or nonexistent.'

"Freedom Industries said the building's walls acted as a secondary containment dike, but state inspectors disagreed. The walls had holes in them near the ground level, and they led out to a stormwater trench surrounding the structure's exterior, the report said."

Tuesday, the mayor of Charleston, W.Va., told Melissa Block on Tuesday's All Things Considered that Freedom Industries is run by "a small of group of renegades."

"I'm not even sure they cared what happened to the public," he said.