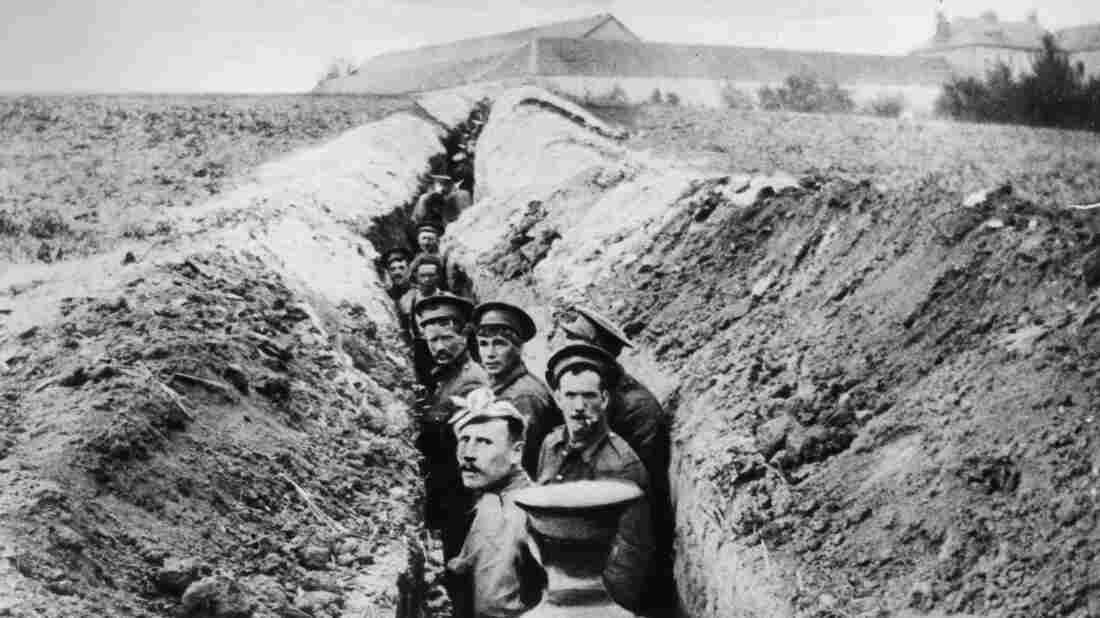 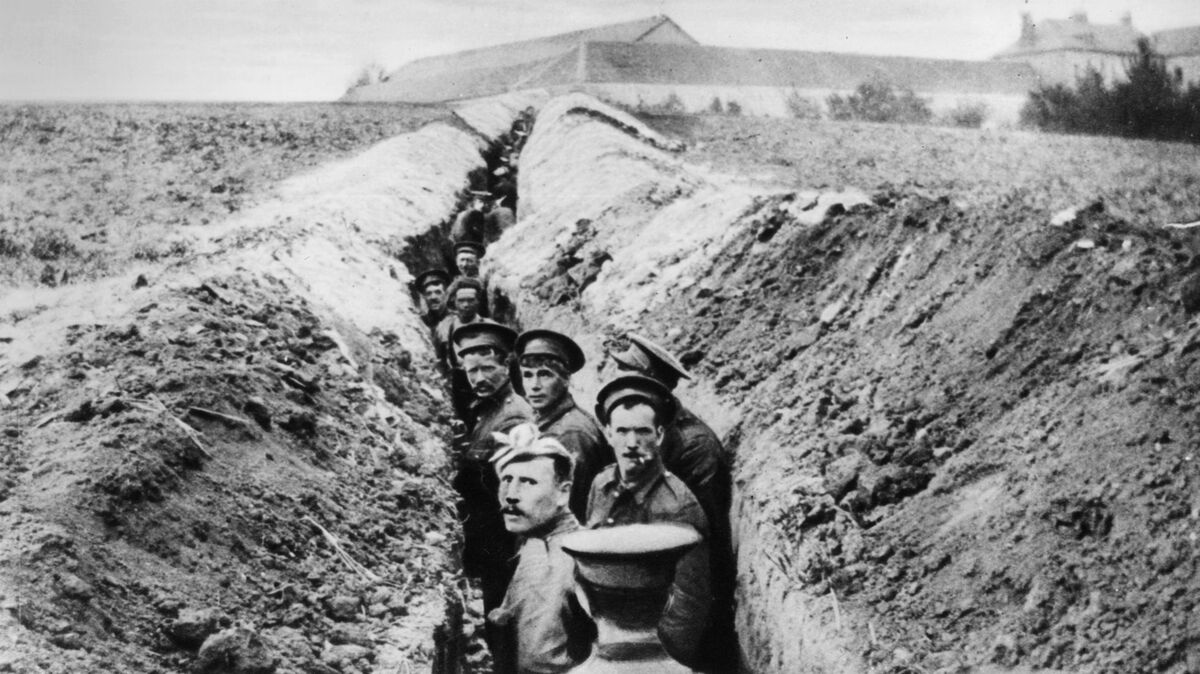 British soldiers in the trenches, late 1914.