Accessibility links
In Search For Habitable Planets, Why Stop At 'Earth-Like'? : The Two-Way Scientists hunting for planets that could support life have been too focused on finding places that resemble Earth, according to a report in the journal Astrobiology. The authors have come up with a list of traits that might make a planet "superhabitable." 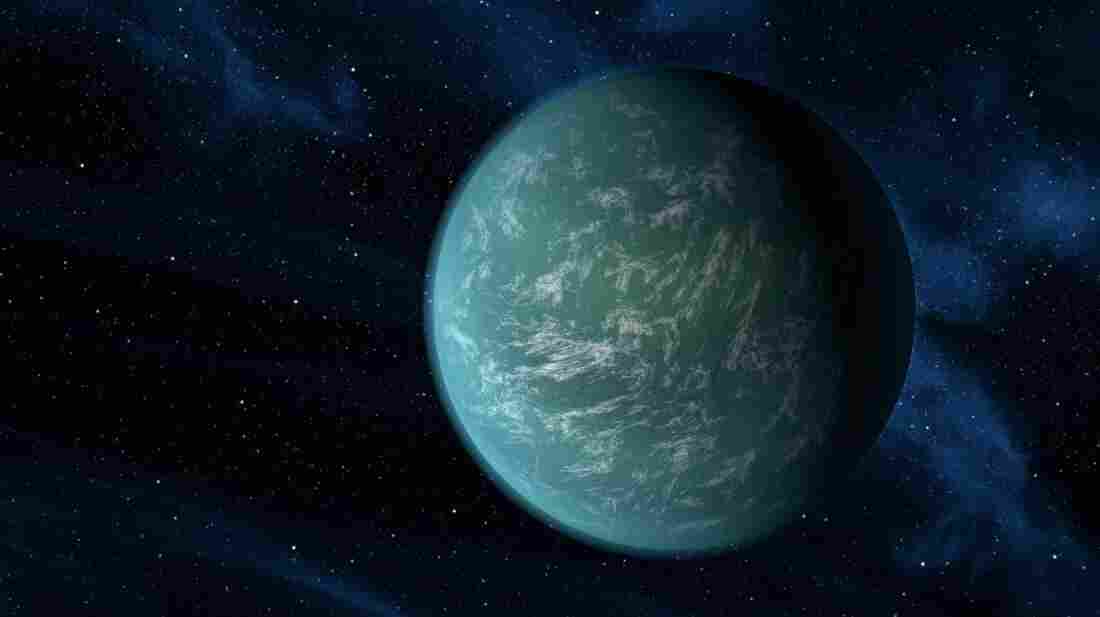 Kepler-22b, seen in this artist's rendering, is a planet a bit larger than Earth that orbits in the habitable zone of its star. Some researchers think there might be "superhabitable" worlds that may not resemble Earth. NASA/Ames/JPL-Caltech hide caption

In their hunt for potentially habitable planets around distant stars, scientists have been so focused on finding Earth-like planets that they're ignoring the possibility that other kinds of planets might be even friendlier to life, a new report says.

So-called superhabitable worlds wouldn't necessarily look like Earth but would nonetheless have conditions that are more suitable for life to emerge and evolve, according to the study published this month in the journal Astrobiology.

"In my point of view, astronomers and biologists are biased," says Rene Heller, an astrophysicist at Canada's McMaster University who is the study's lead author. "These scientists look for planets that are Earth-like."

But it's possible that Earth is actually only marginally habitable by the standards of the universe, says Heller, who points out that our home may not represent a typical habitable world.

He and co-author John Armstrong of Weber State University in Utah have come up with a long list of traits that might make a planet "superhabitable."

Such planets would most likely be older than Earth and two to three times bigger, the researchers say. And they would orbit stars that are somewhat less massive than our sun.

Any liquid water wouldn't be in a giant, deep ocean, but would be scattered over the surface of the planets in shallow reservoirs. The planets would need a global magnetic field to serve as protection from cosmic radiation, and they would probably have thicker atmospheres than the Earth does.

"It's good to start thinking now about how do we sort of rank these planets in terms of their potential to host life," agrees Rory Barnes of the University of Washington, who uses computer models to explore the habitability of planets outside our solar system. "I think this paper does a really good job of examining the different kinds of features that all come into play when making a habitable planet."

So far, scientists have detected about a thousand planets orbiting other stars. Current technology usually can't reveal much about them — just a planet's size, density and how far it orbits from its host star.

Planets are said to be in the "habitable zone" when their surface temperatures would potentially allow liquid water to exist on the surface.

"That's all we can really say at this point," Barnes says. "We don't have any clue if they actually are habitable, let alone if they are inhabited."