Accessibility links
Obama Calls For Limits On NSA's Collection Of Phone Data : The Two-Way The president said intelligence agencies would now need court approval before accessing phone data of hundreds of millions of Americans. He also directed the agencies to stop spying on the leaders of friendly nations. The changes come amid criticism directed at the NSA.

Obama Calls For Limits On NSA's Collection Of Phone Data

Saying that "critics are right to point out that without proper safeguards, this type of program could be used to yield more information about our private lives," President Obama said Friday that he wants the National Security Agency to stop holding on to massive amounts of "metadata" about the phone calls and electronic communications of millions of people around the world.

"Everything you need to know about Obama's NSA reforms, in plain English." 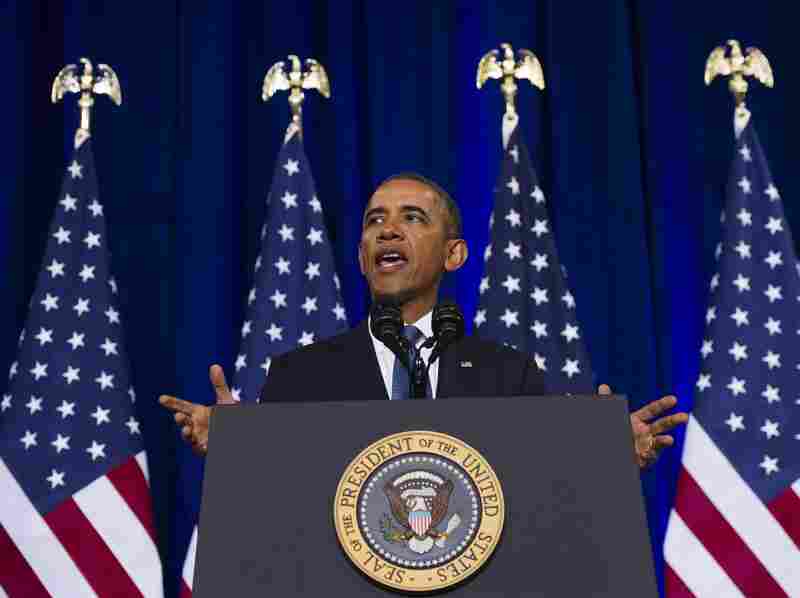 President Obama speaks about the National Security Agency and intelligence agencies surveillance techniques during a speech Friday at the Department of Justice in Washington, D.C. Jim Watson/AFP/Getty Images hide caption 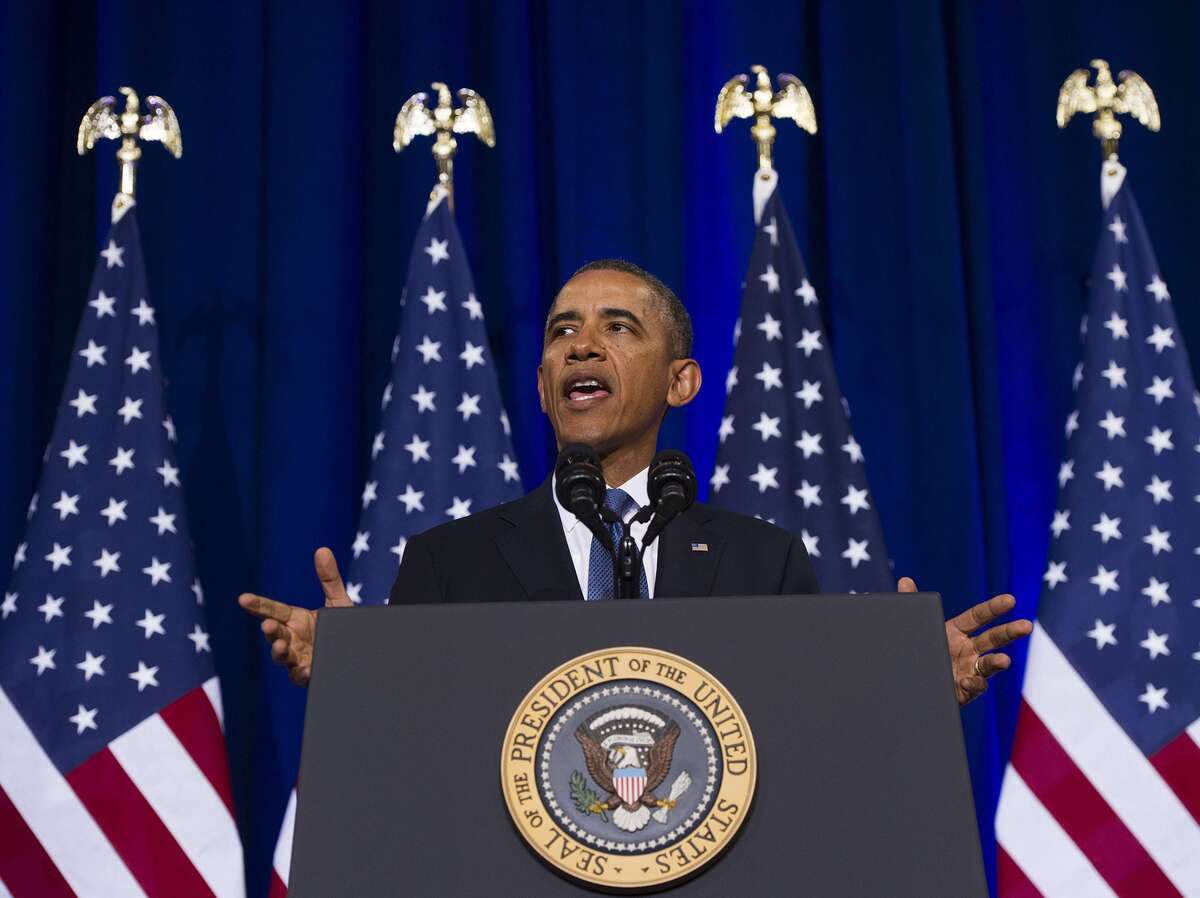 President Obama speaks about the National Security Agency and intelligence agencies surveillance techniques during a speech Friday at the Department of Justice in Washington, D.C.

Obama said he's ordered a plan to be drafted that would shift that data to some other entity. The information could then only be "queried ... after a judicial finding or in a true emergency." He's also ordered, the president said, that the NSA narrow the scope of its activities. "We will only pursue phone calls that are two steps removed from a number associated with a terrorist organization instead of three," Obama said.

Speaking of the months of controversy about the NSA that were sparked by leaks from former agency contractor Edward Snowden, Obama said of the United States that "we are held to a different standard precisely because we have been at the forefront in defending personal privacy and human dignity."

"No one expects China to have an open debate about their surveillance programs, or Russia to take the privacy concerns of citizens into account," he added.

Along with the changes in how electronic metadata will be stored, Obama said:

-- He has approved a new presidential directive that "will strengthen executive branch oversight of our intelligence activities."

-- He is "directing the director of National Intelligence, in consultation with the attorney general, to annually review — for the purpose of declassification — any future opinions of the [Foreign Intelligence Surveillance Court] with broad privacy implications, and to report to me and Congress on these efforts."

-- He wants the intelligence community to "institute reforms that place additional restrictions on [the] government's ability to retain, search and use in criminal cases communications between Americans and foreign citizens."

-- He has told Attorney General Eric Holder to make "national security letters, which can require companies to provide specific and limited information to the government without disclosing the orders to the subject of the investigation ... terminate within a fixed time unless the government demonstrates a real need for further secrecy."

Our original post and additions we made before 11:40 a.m. ET pick up the story:

"In our rush to respond to very real and novel threats" after the Sept. 11, 2011, terrorist attacks, "the risks of government overreach — the possibility that we lose some of our core liberties in pursuit of security — became more pronounced," President Obama said Friday.

Obama put a post-Sept. 11 frame around his highly anticipated announcement about the changes he believes need to be made in the way the National Security Agency collects information about millions of people around the world.

Among the changes Obama said he wants to be made: "The establishment of a panel of advocates from outside government to provide an independent voice in significant cases before the Foreign Intelligence Surveillance Court." The president said he will call on Congress to create that panel.

While outlying such changes, he also sought to make the case for the work that the NSA and other intelligence agencies do. "In an extraordinarily difficult job, one in which actions are second-guessed, success is unreported, and failure can be catastrophic, the men and women of the intelligence community, including the NSA, consistently follow protocols designed to protect the privacy of ordinary people," the president said.

He also made the case for the collection of massive amounts of digital data. "We cannot prevent terrorist attacks or cyberthreats without some capability to penetrate digital communications — whether it's to unravel a terrorist plot; to intercept malware that targets a stock exchange; to make sure air traffic control systems are not compromised; or to ensure that hackers do not empty your bank accounts," Obama said.

Speaking of former NSA contractor Edward Snowden, whose leaks about the agency's activities sparked an uproar that has led to demands for changes in NSA's operations, Obama said:

"Given the fact of an open investigation, I'm not going to dwell on Mr. Snowden's actions or motivations. I will say that our nation's defense depends in part on the fidelity of those entrusted with our nation's secrets. If any individual who objects to government policy can take it in their own hands to publicly disclose classified information, then we will never be able to keep our people safe, or conduct foreign policy."

Our earlier post, "Obama Expected To Say NSA Should Not Hold 'Metadata'," previewed his remarks.

We'll be updating during Obama's address.

For more background and context, see these earlier posts:

-- 5 Changes To The NSA You Might Hear In Obama's Speech