Accessibility links
India Unveils Handgun For Women After Much-Publicized Rapes : The Two-Way The .32-caliber weapon comes amid a spate of reports about rapes in the country. The gun is named for the victim of a 2012 gang rape and murder in New Delhi. But reaction to the Nirbheek has been mixed. 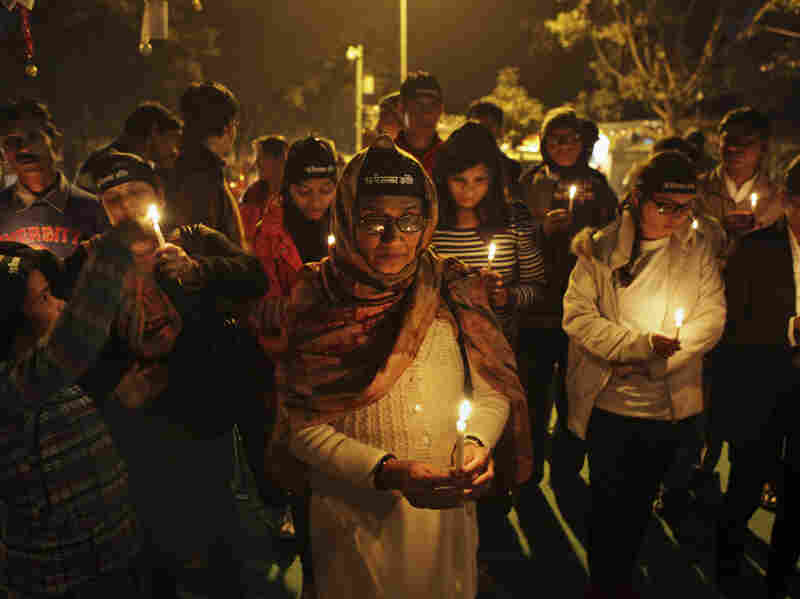 Indians participated in a candlelight vigil last month to mark the anniversary of the death of a young woman who was gang raped and murdered in New Delhi. Indian media dubbed the woman "Nirbhaya," or fearless. Now, after other high-profile rapes in the country, India has unveiled a handgun for women. Tsering Topgyal/AP hide caption 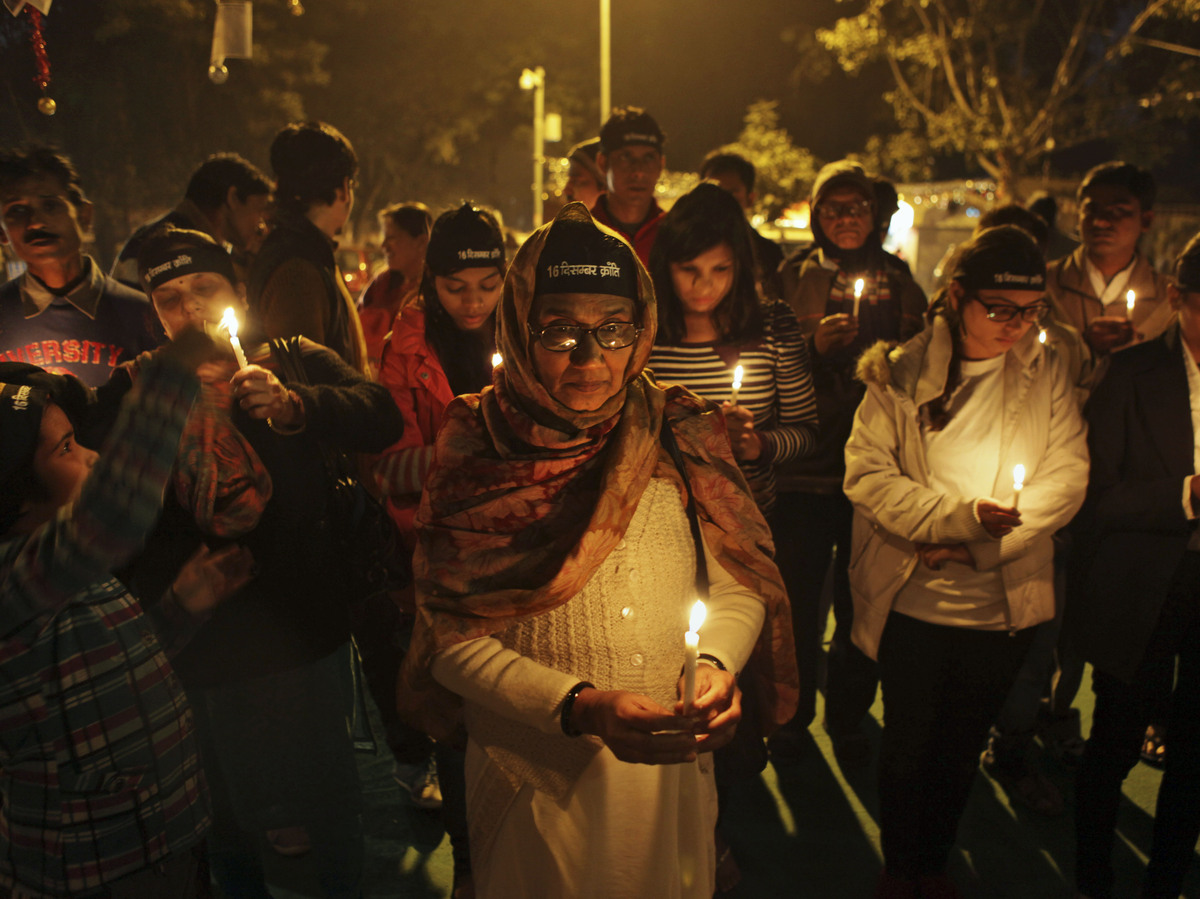 Indians participated in a candlelight vigil last month to mark the anniversary of the death of a young woman who was gang raped and murdered in New Delhi. Indian media dubbed the woman "Nirbhaya," or fearless. Now, after other high-profile rapes in the country, India has unveiled a handgun for women.

There's been a steady stream of stories over the past year about the rapes of women in India. Now, Indian officials have unveiled a gun they say women can use to protect themselves.

The .32-caliber revolver is called Nirbheek, for the victim of a December 2012 gang rape and murder aboard a bus in New Delhi. Indian law forbids the identification of rape victims, and the Indian media called her "Nirbhaya," which means fearless.

"After the gang-rape incident, our researchers were working on a revolver which is very light and can be carried by women in their purses or small handbags," Abdul Hamid, the general manager of the Indian Ordnance Factory in Kanpur, told the semi-official Press Trust of India news agency.

Hamid said there have already been 20 orders for the lightweight weapon that's made of titanium alloy. He said the gun, which will be delivered in a special ornamental box, also will be sold to men. Here's how The Times of India reported on it:

"Described by arms experts as an Indian hybrid of a Webley & Scott and Smith & Wesson, for its simple mechanism and light frame, it is the smallest revolver made in India — an ideal to fit a purse or a small hand bag."

Civilian ownership of firearms in India is relatively uncommon, mainly because of the cost of weapons as well as onerous licensing requirements. Indeed, the Nirbheek is priced at nearly $2,000, in a country where the per capita income is about $1,500 (purchasing power parity is $3,608).

Still, the Times of India notes that the marketing of a weapon to women in Uttar Pradesh state, where Kanpur is located, shouldn't be surprising. Here's more:

"In a state where government offers arms licences as incentive to achieve wheat procurement and immunization targets, it is not surprising that a total of 11,22,814 persons have licensed arms as per the state home department records. This is over four times the count of firearms available with the Uttar Pradesh Police. ... Hence a ready market already seems in place for Nirbheek."

Reaction to the gun, which was unveiled Jan. 9, has been mixed.

"Once a target of rape whips out a handgun, the element of surprise is sure to scare the life out of most of the persons who attempt rape," Arun Kumar, a senior police officer in the state, told the newspaper. "In most of criminal cases in India, the perpetrator, irrespective of whether armed or not, neither expects nor faces any stiff resistance from the target. Women carrying small handguns will surely make a difference to the tendency."

But Shalini Seth, a medical executive, told the newspaper that carrying a gun is unlikely to help a woman who is being attacked.

"There is nothing they can do to a woman with a gun that they cannot to one without," she said.