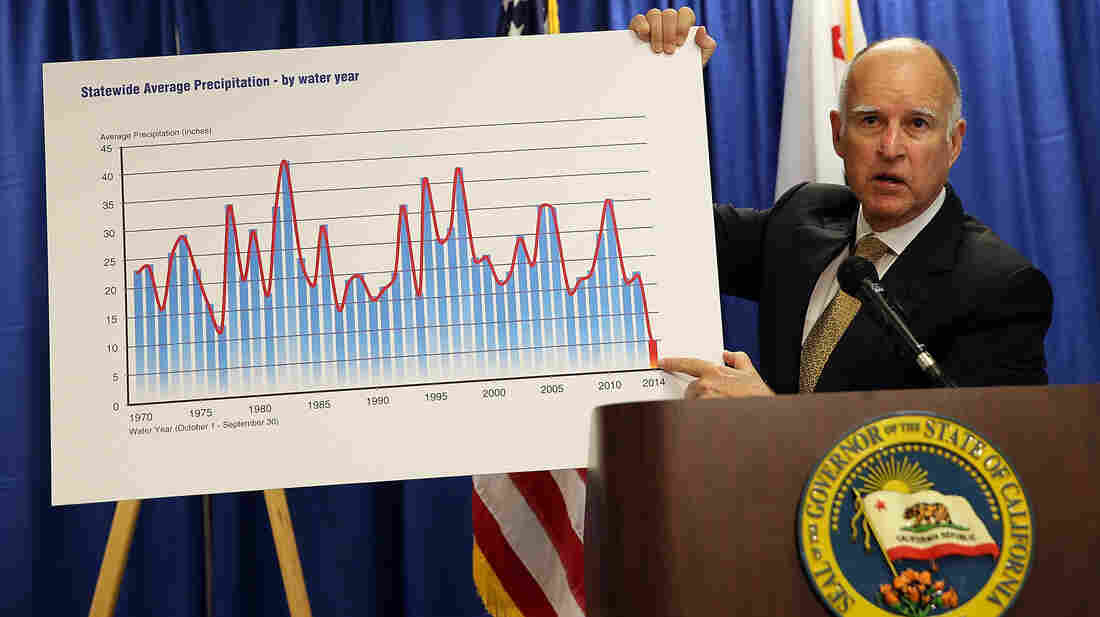 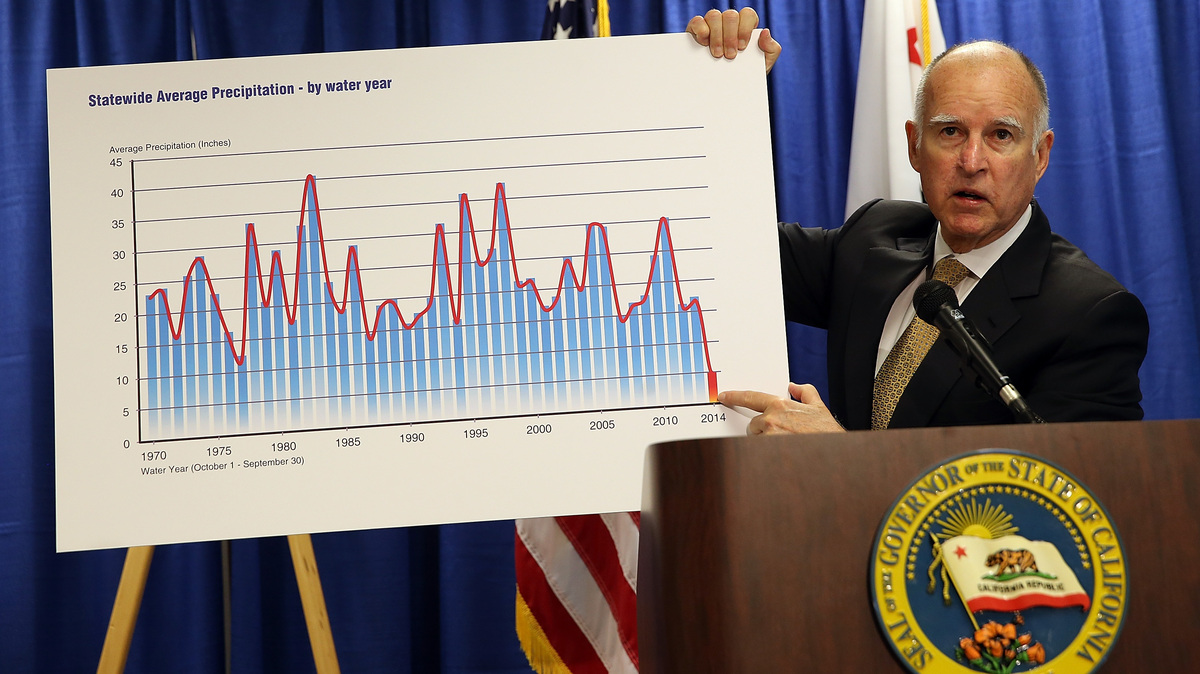 Saying that his state must take steps to plan for prolonged water shortages, Gov. Jerry Brown declared a state of emergency over an extended drought Friday. California faces "water shortfalls in the driest year in recorded state history," according to the governor's office.

"We can't make it rain, but we can be much better prepared for the terrible consequences that California's drought now threatens, including dramatically less water for our farms and communities and increased fires in both urban and rural areas," Brown said. "I've declared this emergency and I'm calling all Californians to conserve water in every way possible."

Brown is urging residents to cut their water use by 20 percent, and he's telling state agencies to conserve water – and to hire more firefighters.

The drought emergency is being declared as some 1,100 firefighters contend with a wildfire near Glendora, Calif., where the Colby Fire has burned more than 1,800 acres since it was started early Thursday.

Some evacuation orders triggered by that blaze were lifted Friday, reports NPR member station KPCC, but it remains only 30 percent contained. You can get live updates about the fire from the station's firetracker app.

Describing California's plight, the governor's office cited state officials who say rivers and reservoirs are below record lows – and the state's snowpack is at only 20 percent of its normal average for January.

Water reserves in Southern California are better off than in the north, officials tell KPCC, due to years of efforts to build supply.

The station says Los Angeles residents might see only small changes at first:

"A spokesman for the Los Angeles Department of Water and Power said the agency has no plans to ration water or increase rates. But DWP does plan to begin enforcing policies that restrict outdoor watering to certain days and times."

"If we run across people who are essentially water wasting and don't want to make the change, they will end up being cited eventually," L.A.'s director of water resources David Pettijohn tells KPCC.

As NPR member station KQED reports, Brown has been under pressure to declare a drought emergency "for weeks."

The broadcaster also says Brown acknowledged today that California may need a new strategy to cope with a smaller water supply.

"'I think the drought emphasizes that we do live in an era of limits and that we need solutions that are elegant,' the governor said. He added there's 'a huge gap' between the measures that may be technologically and economically feasible — steps like wider use of recycled water — and the measures now employed in the state."