Accessibility links
Dozens Injured By Blast At Anti-Government Rally In Thailand : The Two-Way On Friday a grenade attack on protesters injured 39. The attacks are raising fears that the country's political crisis is worsening.

Dozens Injured By Blast At Anti-Government Rally In Thailand

Dozens Injured By Blast At Anti-Government Rally In Thailand 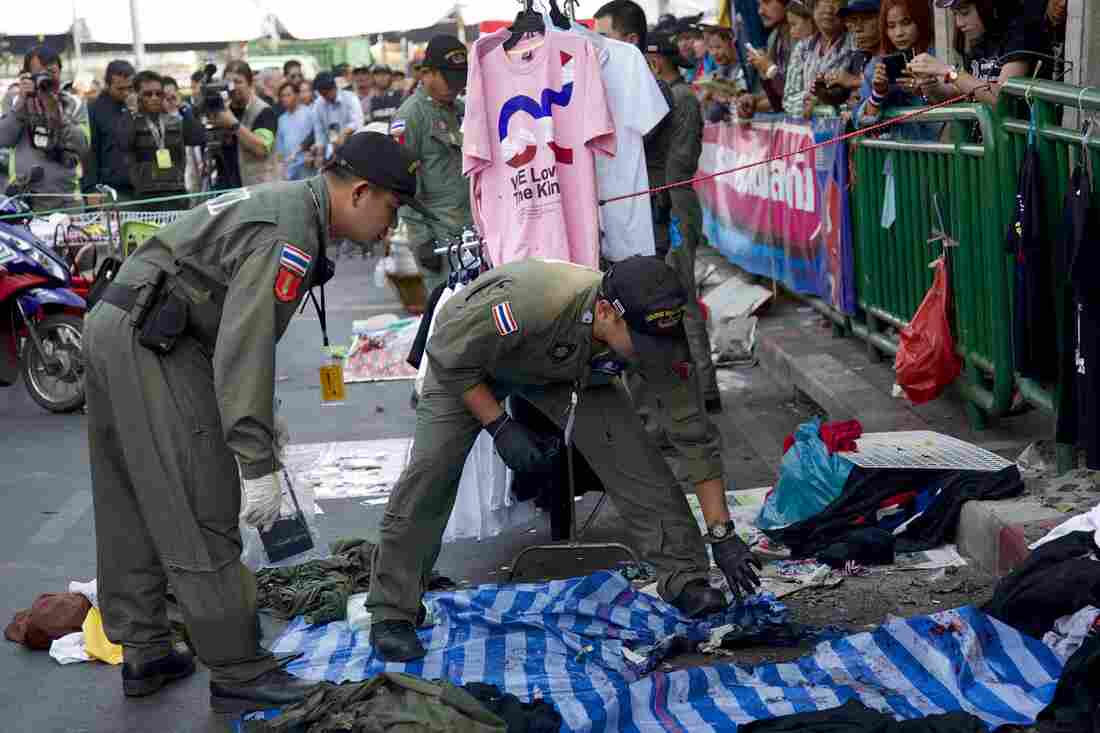 Police examine the scene of an explosion at a anti-government protest site on Sunday in Bangkok, Thailand. Ed Wray/Getty Images hide caption 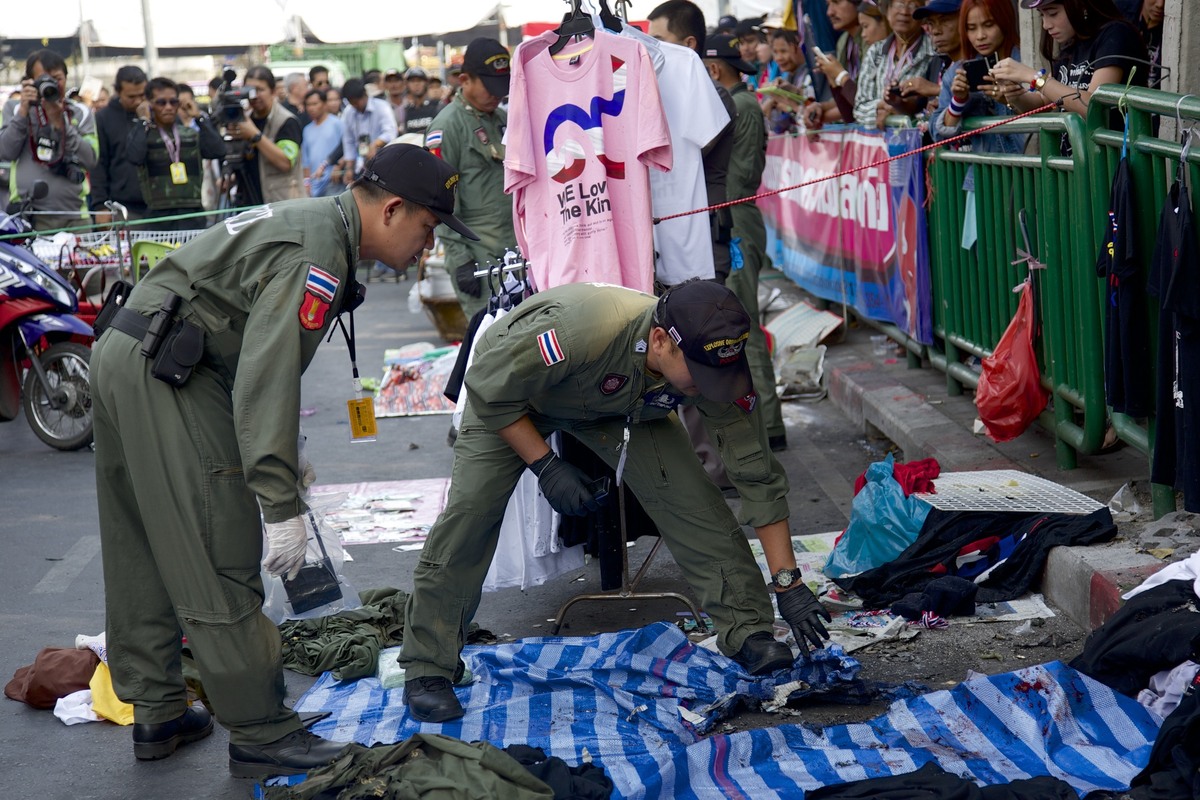 Police examine the scene of an explosion at a anti-government protest site on Sunday in Bangkok, Thailand.

At least 28 people were injured when a blast went off during an anti-government rally in Bangkok, Thailand on Sunday.

The Wall Street Journal reports the attack raises fear that the political crisis in the country is worsening. The paper adds:

"Sunday's blast early afternoon at Victory Monument came close on the heels of a grenade blast Friday that killed one person and injured 39 others. ...

"The recent attacks, including a spate of other bomb attacks on the homes of opposition leaders, are deepening political divides in Thailand, one of Southeast Asia's most important economies and a major exporter of everything from automobiles to agricultural produce and hard disk drives.

"Entirely separate narratives are emerging to explain the recent attacks, with government opponents saying that shadowy forces loyal to Prime Minister Yingluck Shinawatra are behind the bombings, while some other Thais have taken to social media sites to suggest that protesters might have staged Friday's bombing to provoke Thailand's armed forces to join their side."

The U.S.-government-funded Voice of America explains that protesters want to replace the current government, which they say is corrupt.

"Prime Minister Yingluck Shinawatra refuses to step down. She insists on holding early elections on February 2, though the opposition has said it will boycott the polls," VOA reports. "Until Friday's attack, last week's protests had been peaceful as police have largely stayed away and avoided conflict. But the protesters have also not been successful at shutting the government down as they had planned."

As we've reported, the protests started in November and have not abated since.