Accessibility links
Two Killed, Others Hurt In Omaha Plant Explosion : The Two-Way Authorities say there have been deaths and a number of injuries at the animal feed processing plant, but haven't given specifics. 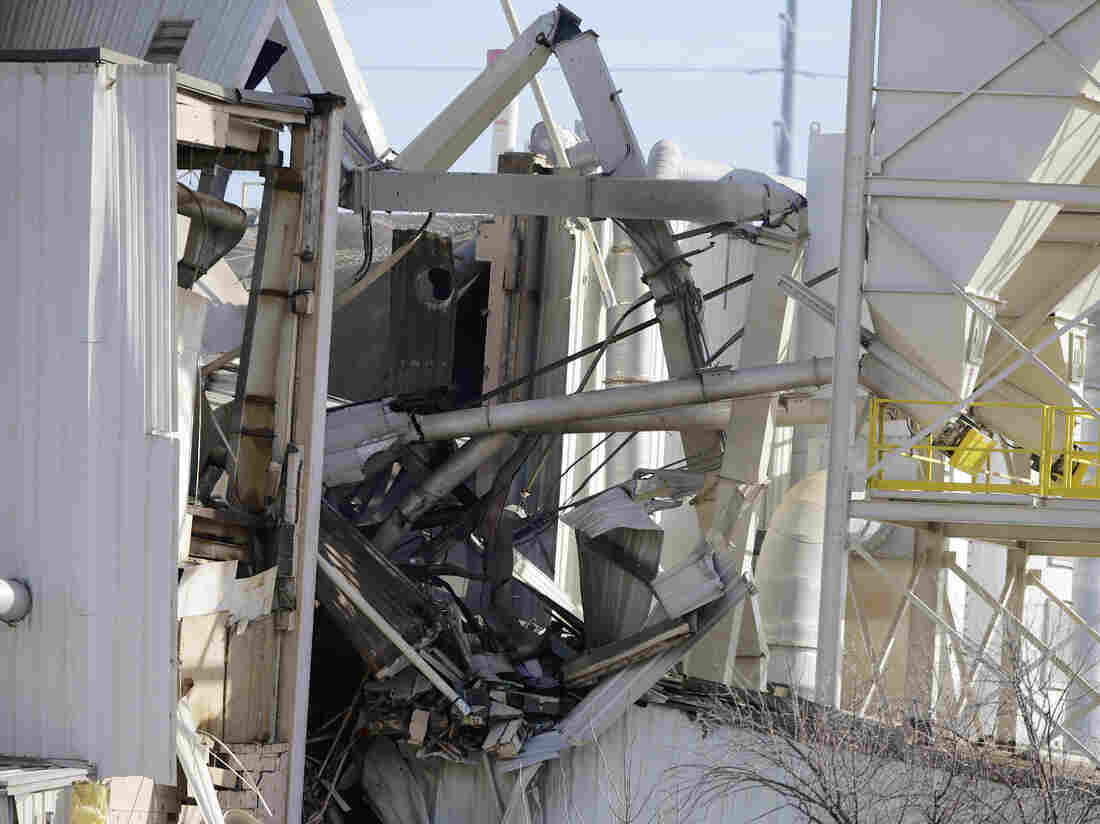 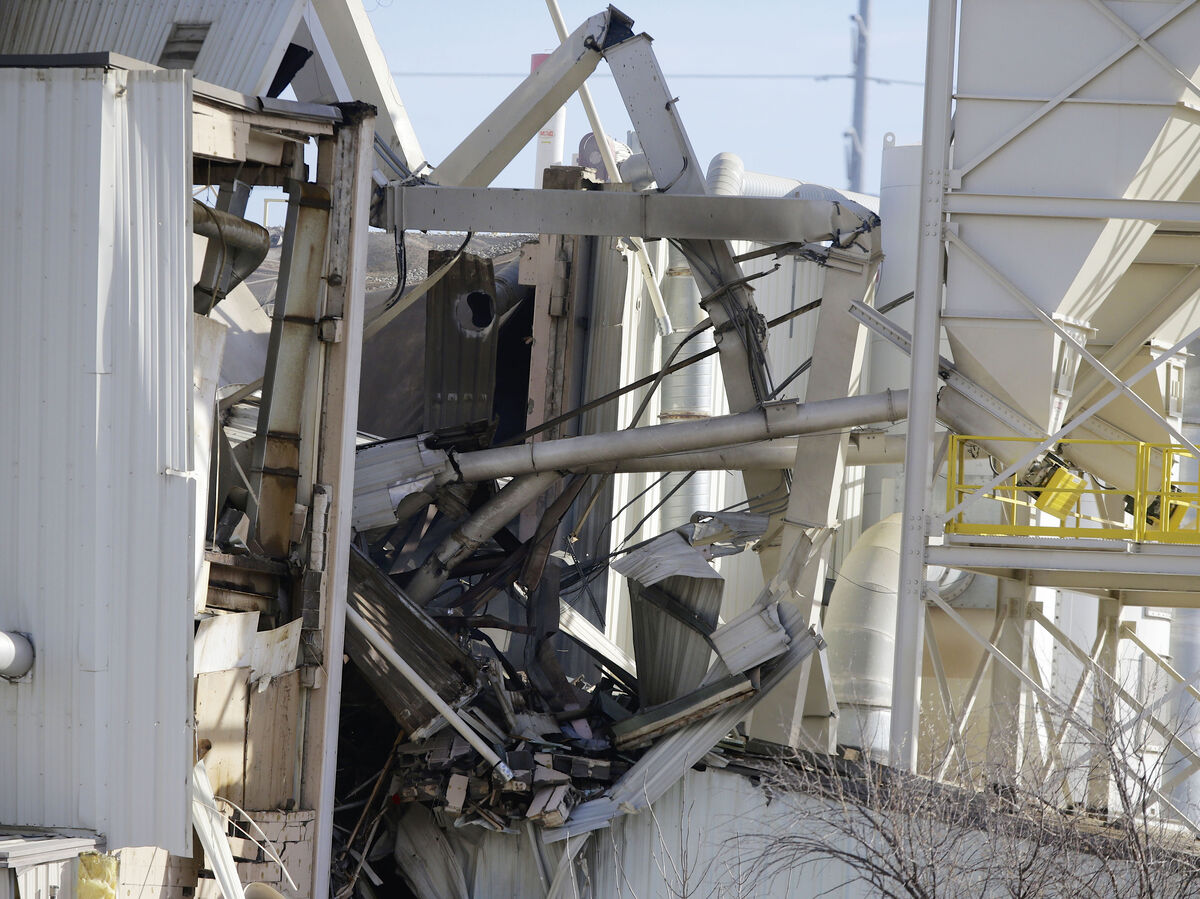 The wrecked International Nutrition plant in Omaha, Neb., where a fire and explosion took place on Monday.

In a press conference Monday evening Omaha Police Lt. Darci Tierney said all of the 38 workers in the building have been accounted for. Officials say two died, 10 were hospitalized and seven others were hurt but refused treatment. The remaining 19 workers escaped.

Interim Fire Chief Bernard Kanger said that one body had been recovered but did not identify the person because the family has yet to be notified.

Harsh weather forced crews to suspend recovery efforts and Kanger said they planned to re-enter the building on Tuesday to recover the second body from the collapsed structure.

The Omaha World-Herald reports that two people have been confirmed dead in the plant explosion that took place on Monday. Ten others were taken to area hospitals, four in critical condition.

Fire officials say people have died in an explosion at an animal feed processing plant near Omaha, Neb., but won't yet say how many.

The Associated Press quotes Kanger as saying crews have stopped rescue efforts and would start a slow recovery process to retrieve victims.

Thirty-eight people were believed to be inside the International Nutrition plant when the explosion took place at about 11 a.m. ET on Monday. Ten injured were taken to area hospitals, four of them in critical condition, the AP says.

The cause of the explosion is unclear. It's also unclear how many people who were inside may have reached safety.

The Omaha World-Herald reports that "as many as 15 people are thought to be injured or trapped" in the plant.

"Sarah White said she was at home with her four children when she got a call from her husband right after the explosion.

" 'I could hear the panic in his voice,' she said. 'But he said he was OK.' She said he'd been watching trucks unload from outside the building when the blast occurred."

" 'That's where he works every day. That could have been him,' White said, referring to the injured workers."