Accessibility links
'Accusations And Acrimony' At Start Of Talks On Syria : The Two-Way Syria's foreign minister said the opposition is made up of traitors. The opposition's delegate asked the world "who do you believe?" Secretary of State John Kerry laid the blame for civilians' deaths at the feet of the Assad regime. Prospects for progress appear to be dim.

'Accusations And Acrimony' At Start Of Talks On Syria

'Accusations And Acrimony' At Start Of Talks On Syria 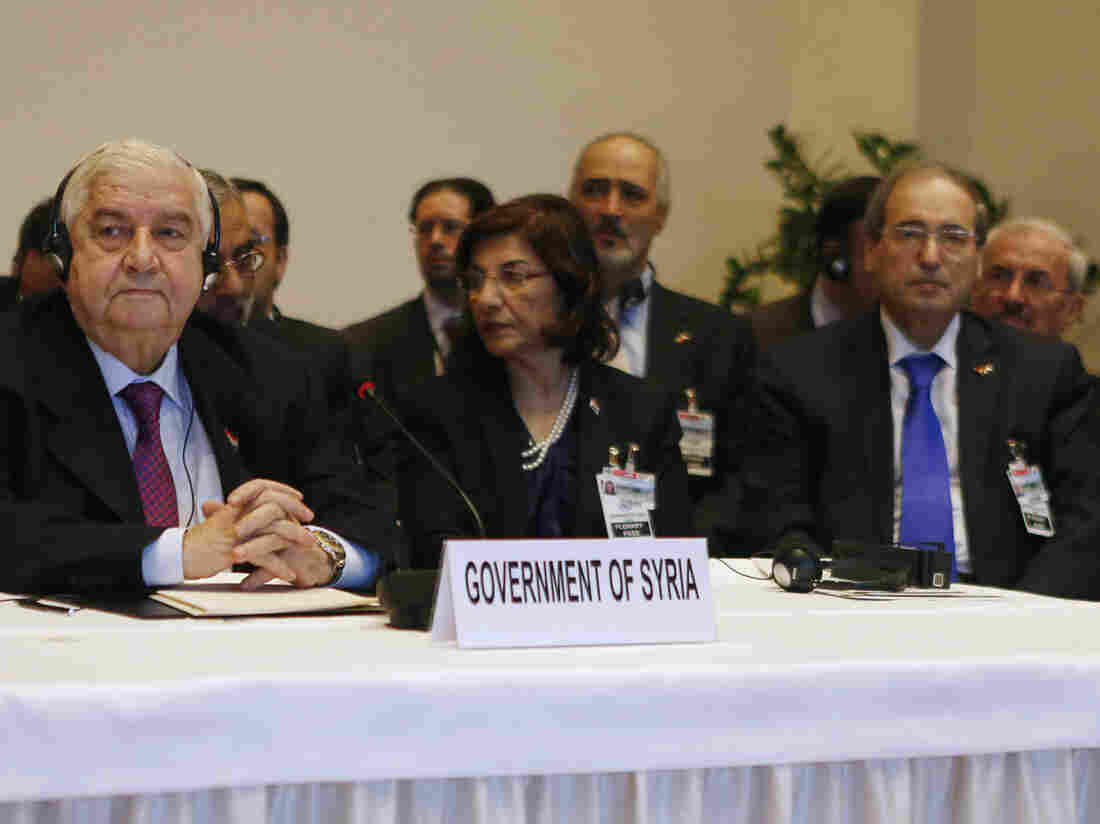 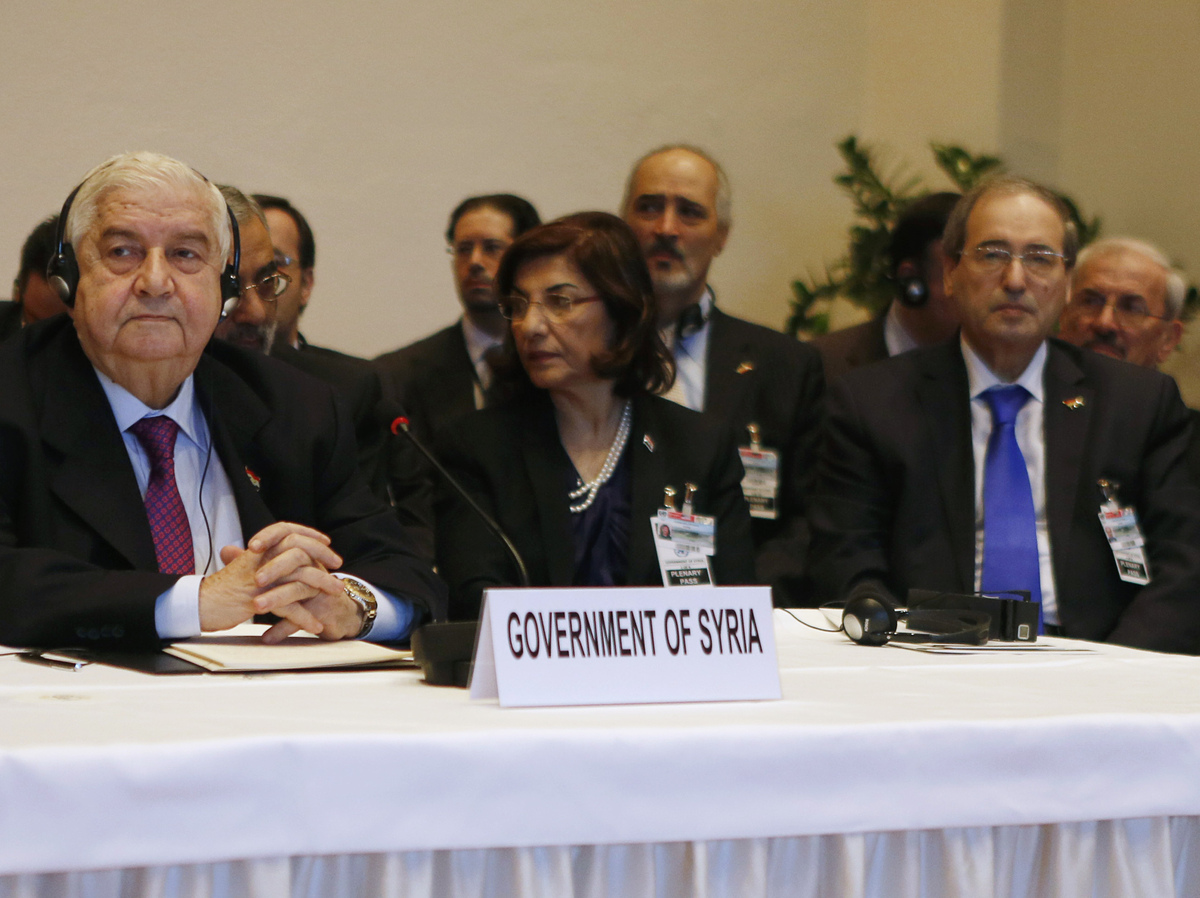 After what appeared to be a difficult start to talks aimed at eventually ending the civil war in Syria, Secretary of State John Kerry repeated the U.S. position that President Bashar Assad must give up his post.

"You can't have peace and stability, you cannot restore Syria or save Syria as long as Bashar al-Assad remains in power," Kerry said, according to NPR's Michele Kelemen.

Earlier, as we reported, U.N. Secretary-General Ban Ki-moon told reporters that while a "difficult road" lies ahead, a "first step" has been taken.

What's At Stake In The Syrian Peace Conference

He also thanked the representatives from the Assad regime and the opposition for at least showing up. It is not easy, he said, to sit across a table from each other after so much blood has been shed.

Wednesday's talks were in Montreux, Switzerland. They are to resume Friday in Geneva.

Peace talks that it's hoped might some day bring an end to the civil war in Syria began Wednesday in Montreux, Switzerland.

But as NPR's Steve Inskeep said on Morning Edition, they started with "diplomats making public statements filled with accusations and acrimony" — not a good sign.

From Montreux, NPR's Deborah Amos told Steve that U.S. Secretary of State John Kerry "indicted the Assad regime." What began as relatively peaceful protests in March 2011, Kerry told delegates, escalated into a civil war that has led to the deaths of an estimated 130,000 people so far. Kerry placed the blame squarely on President Bashar Assad and his government.

"There is no way, no way possible in the imagination, that the man who has led the brutal response to his own people could regain the legitimacy to govern," Kerry said.

Then, Syrian Foreign Minister Walid Moallem "dramatically repeated the regime's narrative — that this is a war on terrorism," Deborah said. He went on "to call out Turkey. ... He said the Turks have blood on their hands because they are responsible for arming these 'terrorists.' "

The foreign minister also accused the Syrian opposition of being traitors who have sold themselves to Israel, Deborah added. It was "the most explosive moment" of the talks' first day.

Ahmed Jabra, head of the opposition's delegation to the conference, "asked a simple question," Deborah said: "Who do you believe?"

After this opening day of heated words, the two sides are due to sit down across from each other Friday in Geneva. The talks have been brokered by the U.N., Russia and the U.S.

"Is there, behind the scenes ... some sense of common ground?" Steve asked.

"No, there is not," Deborah bluntly answered.

The only possibilities, she added, are an agreement on a ceasefire — not an end to the civil war — and the opening of some corridors to allow aid groups to get much-needed food, medicine and other necessities to refugees.

The headlines from other news outlets underscore how rough the opening day was:

-- "Syria peace talks kick off on a war footing in Switzerland." (CBS News)