Accessibility links
Twin Toilets In Sochi: Some Wonder Why That's A Big Deal : The Two-Way It's a picture that's been swirling around the Web: side-by-side toilets in the men's room at one of the Winter Olympics sites in Russia. Should overly sensitive sorts just calm down? Or is this a symbol of an Olympics where much of the money has been figuratively flushed?

Twin Toilets In Sochi: Some Wonder Why That's A Big Deal

Twin Toilets In Sochi: Some Wonder Why That's A Big Deal 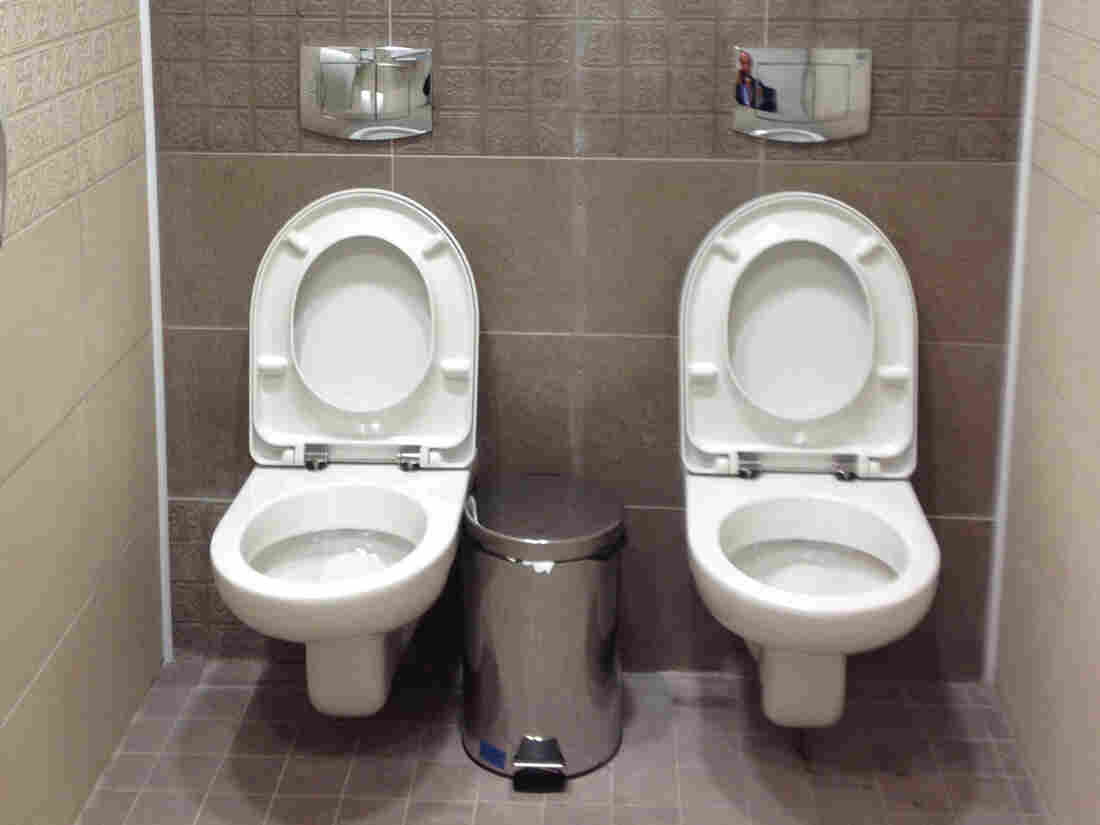 The loo for two in Sochi: BBC correspondent Steve Rosenberg snapped this picture in the men's room at the cross-country skiing and biathlon center. AP hide caption 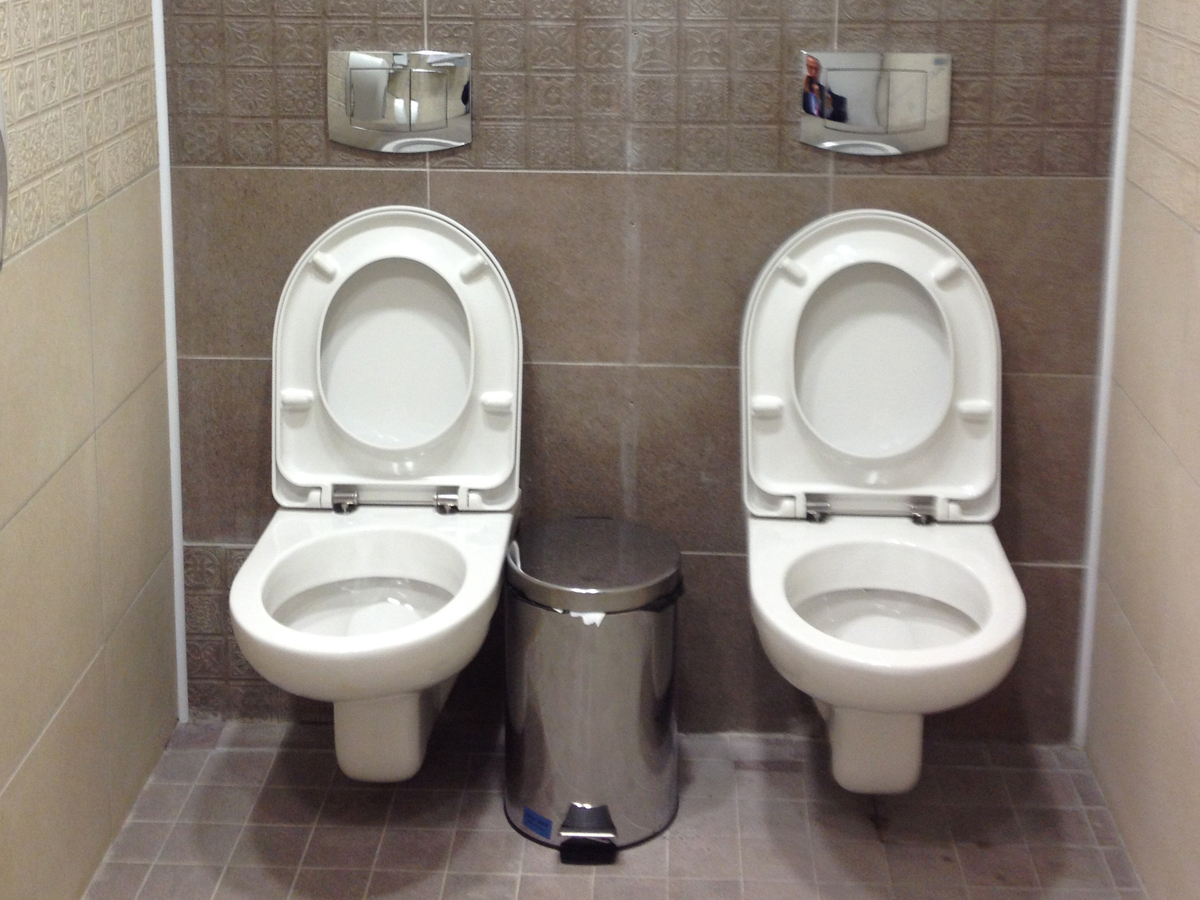 The loo for two in Sochi: BBC correspondent Steve Rosenberg snapped this picture in the men's room at the cross-country skiing and biathlon center.

Have you seen the "twin toilets" photo that's been swirling round the Internet the past couple of days?

BBC correspondent Steve Rosenberg's snapshot of the side-by-side thrones he came upon at the cross-country skiing and biathlon center in Sochi has been the subject of much fun on Twitter and the object of some ridicule from those who wonder where the $50 billion or so that Russia has spent on preparing for next month's Winter Olympics is going.

Russian journalist Vasily Konov posted this photo from a soccer stadium in Russia, along with a note about how such accommodations aren't that unusual.

Perhaps much of the money has gone down the ... insert your favorite euphemism here?

But as The Associated Press writes:

"Although toilets like that are not common in Russia, social media users posted photos of other side-by-side toilets, including ones in a courthouse and a cafe. The editor of the state R-Sport news agency said such communal toilets are standard at Russian soccer stadiums."

" 'Why are the BBC folks scaring us?' Vasily Konov wrote in this personal Twitter account. 'This is what the gents look like at football stadiums in Russia.' "

Check out the photo that Konov posted of what a men's room looks like in one of those other stadiums.

So, what do we have here? A bathroom setup that deserves to be mocked? Or a type of accommodation (or "commodation" as pun-lovers might say) that overly sensitive sorts need to just calm down about?