Accessibility links
Pentagon Relaxes Uniform Rules To Allow Religious Headgear : The Two-Way The new regulations would grant exceptions on a case-by-case basis for the wearing of turbans or yarmulkes, as well as beards or tattoos with religious significance. 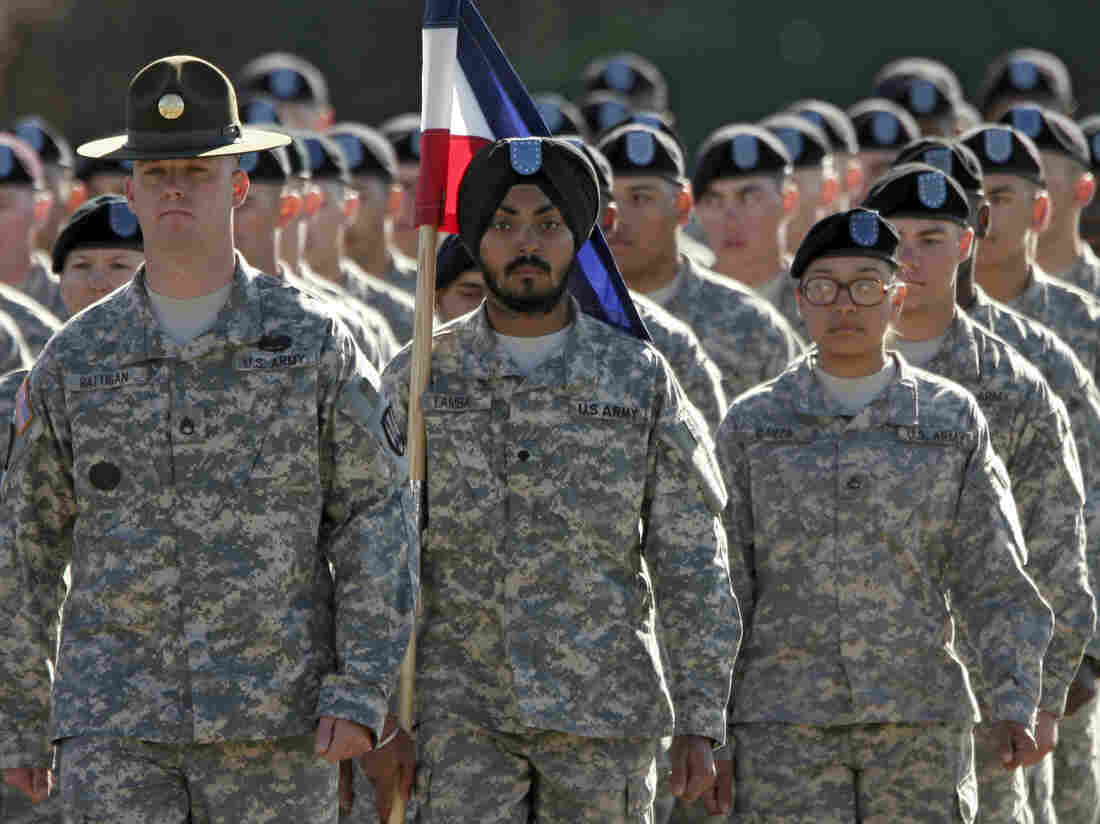 U.S. Army Spc. Simran Lamba (center) was granted a religious accommodation for his Sikh articles of faith, including uncut hair and a turban, in 2010. He was the first enlisted soldier to be given such an accommodation since 1984. Brett Flashnick/AP hide caption 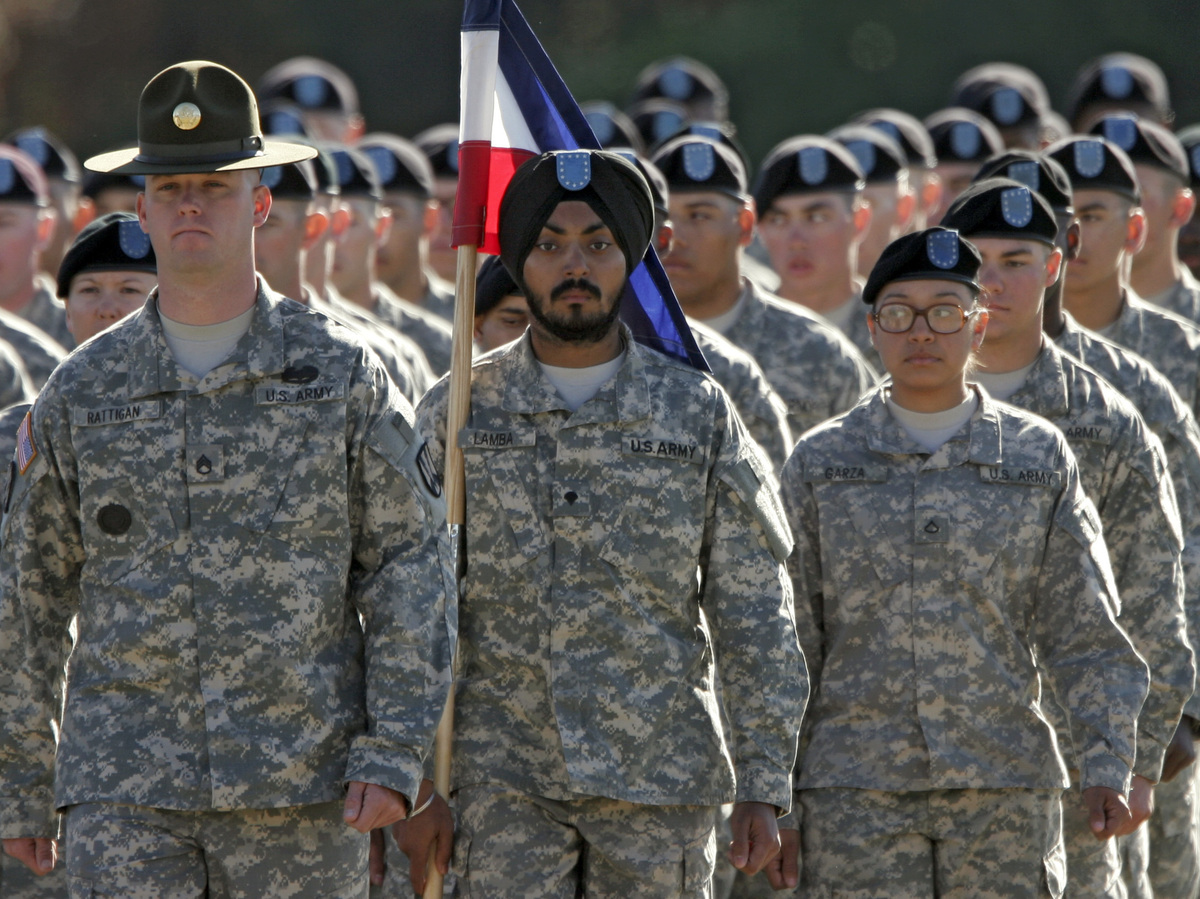 U.S. Army Spc. Simran Lamba (center) was granted a religious accommodation for his Sikh articles of faith, including uncut hair and a turban, in 2010. He was the first enlisted soldier to be given such an accommodation since 1984.

The Department of Defense has released new regulations that relax prohibitions on the wearing of religious headgear, as well as beards, tattoos or piercings with religious significance, while service members are in uniform.

"The military departments will accommodate individual expressions of sincerely held beliefs (conscience, moral principles, or religious beliefs) of service members" unless it might affect military readiness or unit cohesion, the updated policy on religious accommodation said.

Reuters says that the policy, which is to be decided on a case-by-case basis, will mainly affect "Sikhs, Muslims, Jews and members of other groups that wear beards or articles of clothing as part of their religion. It also could affect Wiccans and others who may obtain tattoos or piercings for religious reasons."

As NPR reported in 2010, the Pentagon then began granting a small number of accommodations to Sikhs, whose faith directs them not to cut their hair and for men to wear a beard and turban.

Even so, Reuters writes that "Advocacy groups expressed concern that the updated policy does little to protect Sikhs and others from the whims of their commanders."

According to The Washington Post, the new regulations "were praised by leaders of national Muslim American groups, as expanding the rights of Muslims and other non-Christians in the U.S. military, [but] some Sikh American organizations criticized them for not going far enough:

" 'Unfortunately, this continues to make us have to choose between our faith and serving our country,' said Jasjit Singh, [executive director of the Sikh American Legal Defense and Education Fund]. 'This is an expansion of the waiver policy that is decided person by person. It does not open doors and say you can apply as a Sikh American and serve your country fully.'

"Singh called the new rules a 'steppingstone' in a long process by which Muslims and Sikhs have been prodding the Pentagon to ease restrictions on wearing or showing their 'articles of faith.' Devout Muslim men wear beards as a rule, and practicing Sikh men wear turbans over long hair."