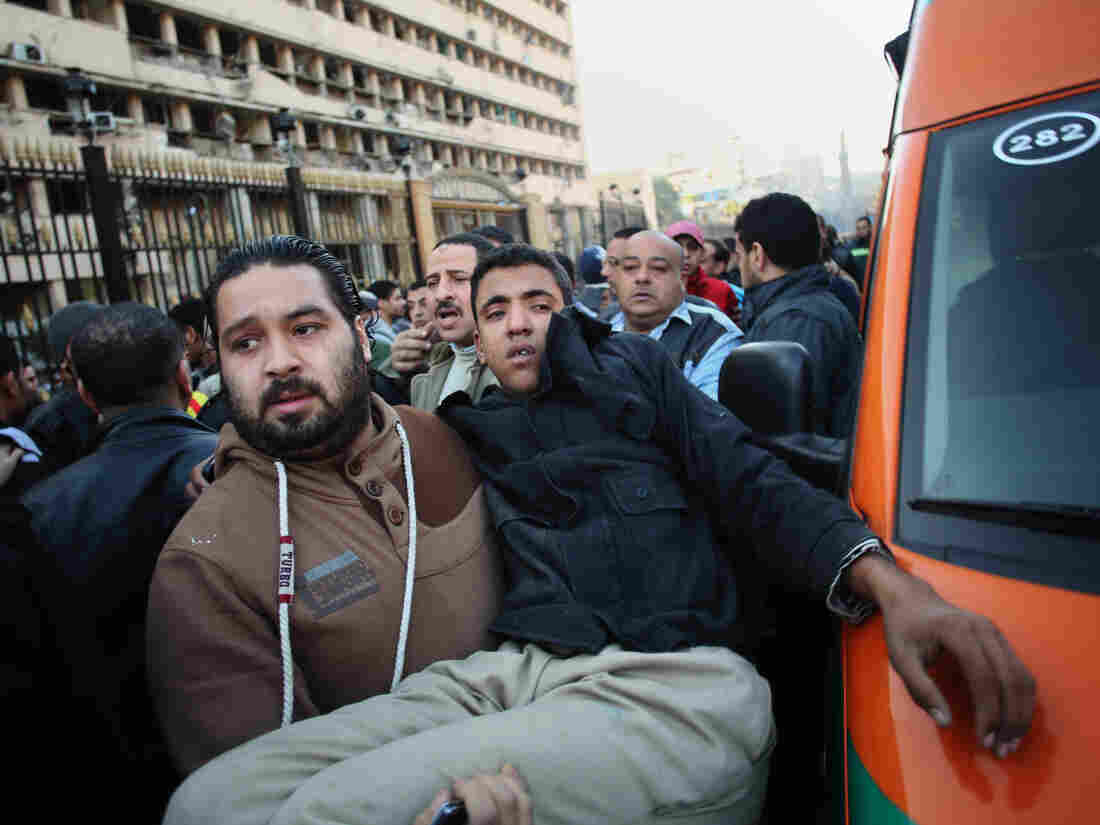 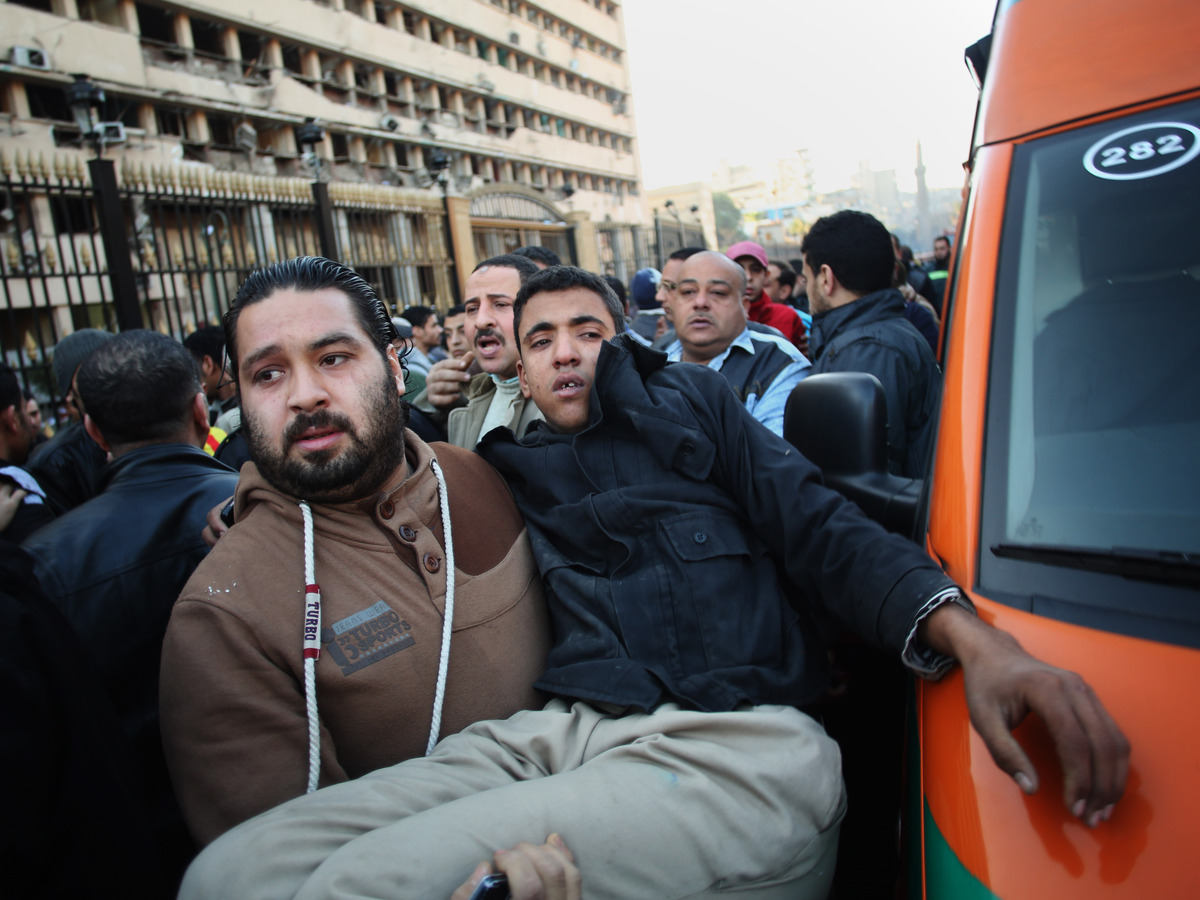 Update at 11:05 a.m. ET: There's been a fourth blast in Cairo. We've added that development to the top of this post.

The explosion of a powerful bomb outside a security headquarters in Cairo killed at least four people on Friday. Soon after that, two more smaller explosions in the city left at least one other person dead. Then, in late afternoon, a bomb apparently planted on a road exploded as a police convoy went by — killing one more person, according to The Associated Press.

Dozens of people were wounded in the bombings. The first blast of the day — the largest of the four — shattered windows for about a mile.

On a weekend when nerves are already on edge because it's the third anniversary of the protests that eventually led to the toppling of President Hosni Mubarak's government, NPR's Leila Fadel says the explosions were quickly followed by protests. The demonstrators, she said, blame the Muslim Brotherhood for the bombings.

As The Associated Press writes, "nobody claimed responsibility for the attacks, but they bore the hallmarks of Islamic extremists who have increasingly targeted police and the military since the July 3 coup against Mohammed Morsi and a fierce crackdown on his supporters led by the Muslim Brotherhood."

Morsi, who became Egypt's first democratically elected president in the wake of the overthrow of Mubarak, was himself removed from office last July by the Egyptian military after protests against his government.

The Brotherhood, says the BBC, condemned Friday's attacks. Since Morsi was ousted, many of its leaders (including Morsi) have been arrested. The Brotherhood has been planning to hold demonstrations on Friday in cities across Egypt.

Following Friday's bombings, the first of which could be felt for miles, Leila told Morning Edition host Renee Montagne that "there is a lot of concern that this will lead to a further crackdown on the Muslim Brotherhood" — which in turn could lead to even more violence.