Accessibility links
Immigrants Won't Be Shackled At San Francisco Court Hearings : The Two-Way The new procedure is part of a settlement between immigration officials and civil rights advocates. Shackles will now only be used in an emergency and during master calendar hearings. It's unclear what effect the agreement will have nationally. 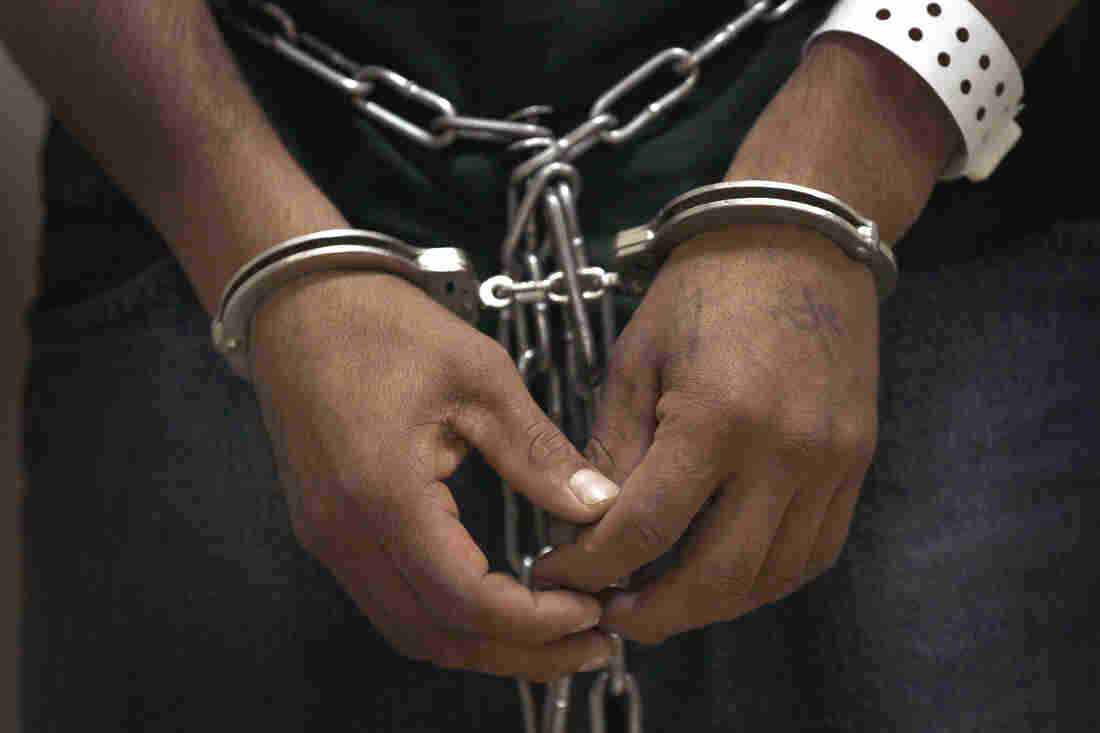 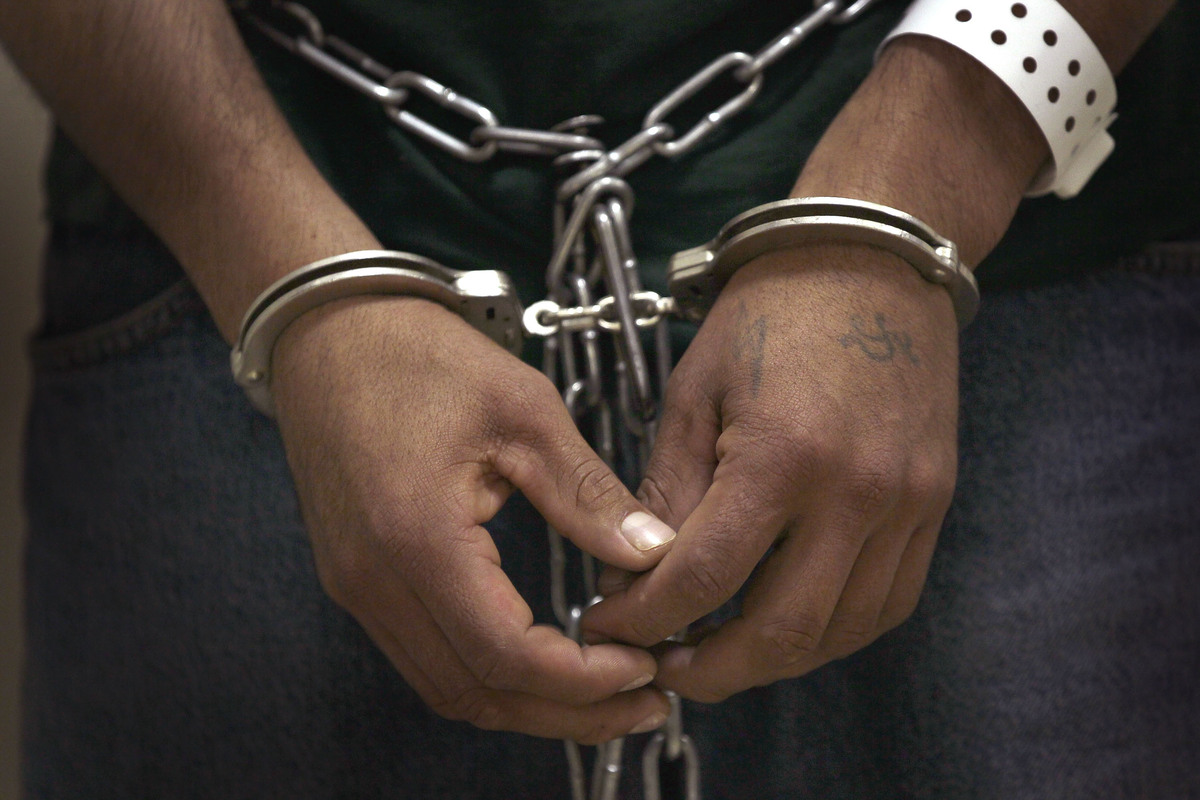 An undocumented immigrant in Illinois.

Federal immigration officials in at least one jurisdiction — San Francisco — have agreed to limit the routine shackling of immigrants who appear in court proceedings.

That agreement, which was made public on Thursday, comes in the settlement of a lawsuit filed by the American Civil Liberties Union on behalf of 16 immigrants who were forced to wear metal restraints on their wrists, ankles and waists for hours at a time, even though they were not accused of violent offenses and posed no apparent threat to the security of the courtroom.

"People seeking justice who pose no threat to security should not be weighed down by the humiliation and physical pain of being chained like a dangerous animal," said Julia Harumi Mass, an attorney for the ACLU-Northern California.

The group had sued U.S. Immigration and Customs Enforcement (ICE) in 2011 with the assistance of the Lawyers Committee for Civil Rights and the law firm Wilson, Sonsini Goodrich and Rosati.

Mass said the restraints will only be used in cases of courtroom emergencies and in what's known as master calendar hearings typically held for large numbers of immigrants for brief procedural hearings. But even then immigrants may request that the restraints be removed if they have a physical or mental condition that makes the use of restraints inhumane.

Details of the lawsuit and settlement came in a news conference and after more than two years of litigation. Attorney Kathryn Moreno said ICE officials agreed there was no need to expend resources and could achieve courtroom security without violating immigrants' constitutional protections of due process.

"The government has agreed, including at the master calendar hearings, to completely eliminate the practice of daisy chaining, in which detainees were chained together as if they were part of a chain gang," said Moreno, who works for Wilson, Sonsini Goodrich and Rosati.

In a statement, ICE said that it is "committed to preserving the dignity and welfare of all those in our custody. The agency is also obligated to ensure the safety of the public and employees visiting or working in federal buildings that house court proceedings. ICE has worked with plaintiffs to arrive at an agreement which affords the agency the flexibility to do both."

The settlement, which was approved by U.S. District Judge Richard Seeborg, will be finalized in April. Still, it is not clear that the agreement will have any impact on immigration courts outside of San Francisco.

"We expect U.S. immigration officials will now think twice before shackling immigration detainees for their court hearings elsewhere in the country," said the ACLU's Mass.

But ICE would only say that it will work on developing guidelines for courts outside San Francisco "that best serve both the interests of the agency and those in our custody."