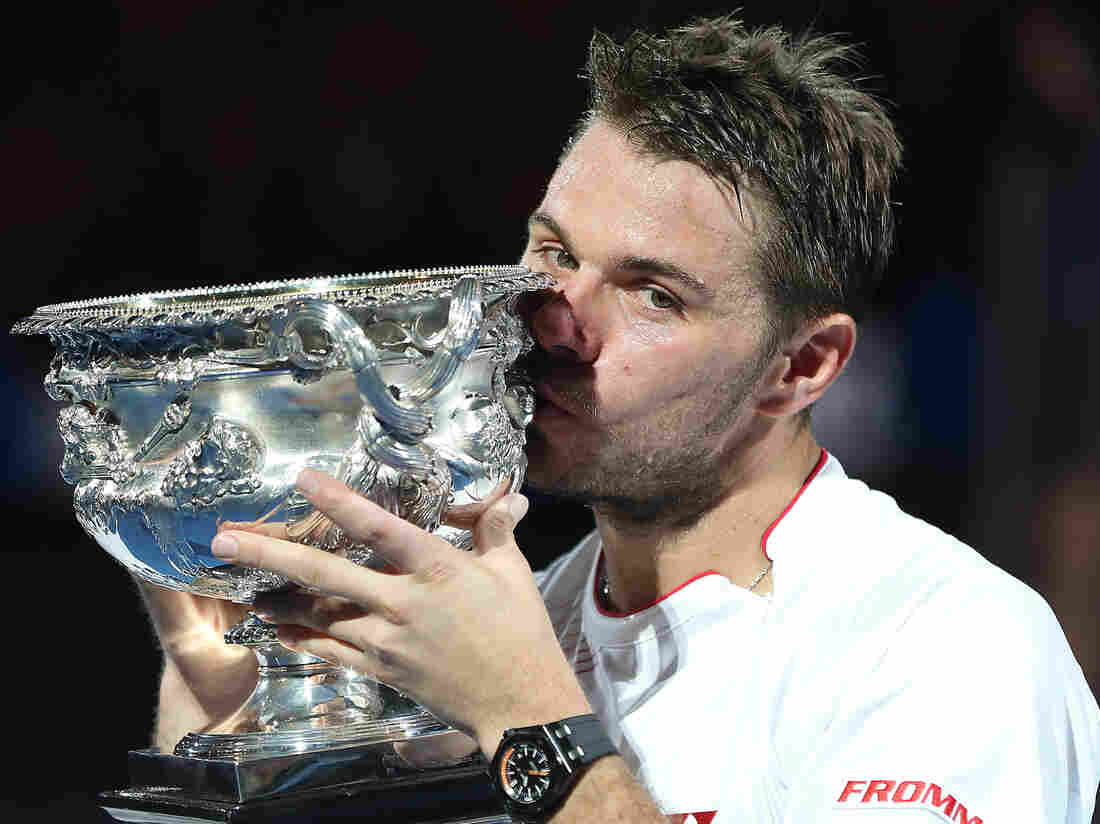 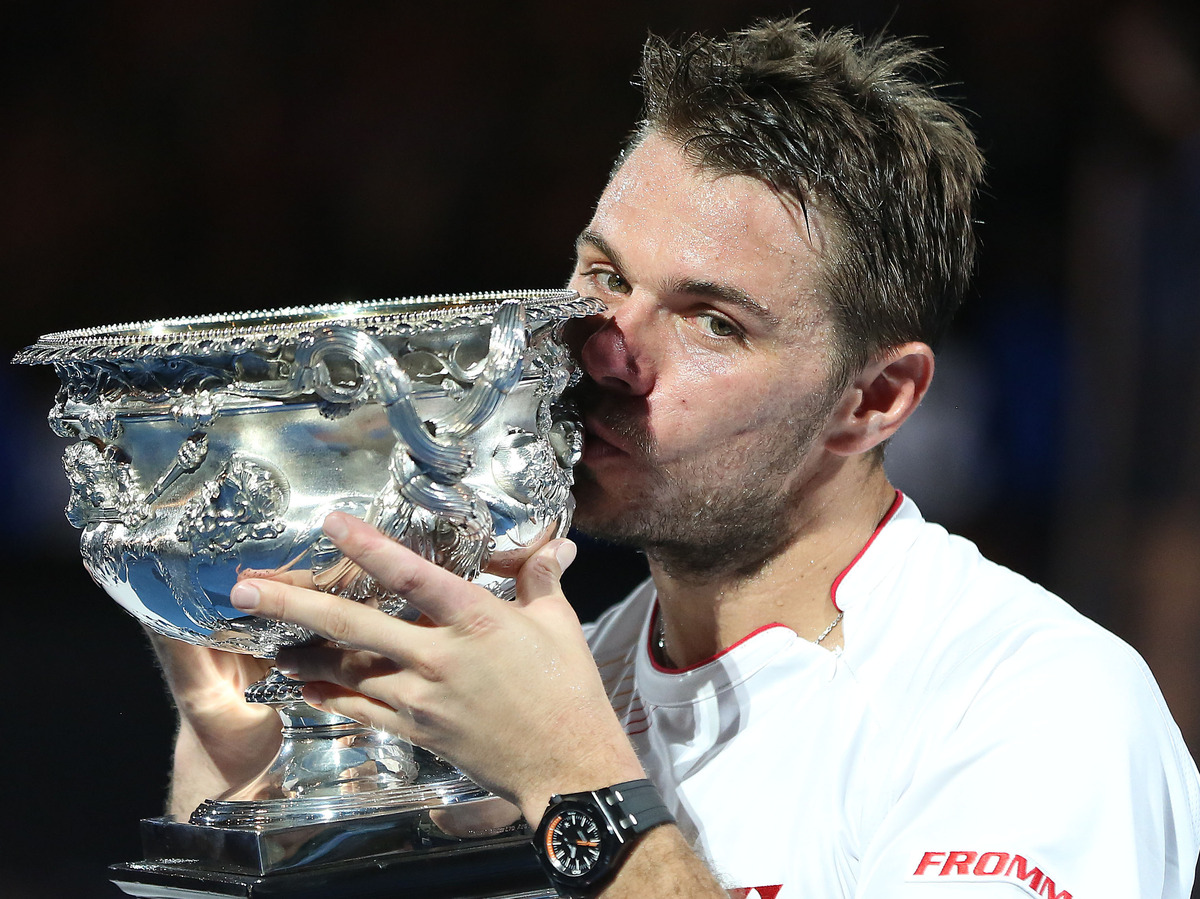 Stanislas Wawrinka of Switzerland kisses the Australian Open trophy during the awarding ceremony after winning the men's singles final against Spain's Rafael Nadal on Sunday in Melbourne, Australia.

Stanislas Wawrinka beat an injured Rafael Nadal to win his first Grand Slam title at the Australian Open, with a 6-3, 6-2, 3-6, 6-3 upset on Sunday.

Wawrinka becomes only the second Swiss man to win a Grand Slam singles title. Of course, 17-time champion Roger Federer was the first.

"Not only was he playing in his first Australian Open final, but in 12 previous matches against Nadal, he had not managed to win even one of 26 combined sets.

At one point, according to The Associated Press, Nadal "bent over at the waist to stretch his back and then grabbed his lower back with his hand and grimaced in pain. His serve immediately dipped to 87 mph."

"Fortunes fluctuated wildly over the course of two hours and 21 minutes as Wawrinka opened in scintillating form before a tearful Nadal appeared close to quitting at two sets down, only to stage a remarkable recovery in the third.

"The Spaniard, 27, showed great spirit to hit back once again from a break down in the fourth, but a forehand winner gave Wawrinka the decisive break at 5-3 and he served out the biggest win of his life with a love game.

" 'The last thing that I wanted to do was retire. No, I hate to do that, especially in a final,' said Nadal, who revealed he felt the back issue in the warm-up.

" 'It's not the moment to talk about that. It's the moment to congratulate Stan. He's playing unbelievable. He really deserved to win that title.' "

And the AP writes:

"Nadal was a hot favorite to win at Melbourne Park and become the first man to win each of the four Grand Slam tournaments twice in the Open era — instead, his injury curse struck again. It remains the only major he's hasn't won at least two times.

" 'Rafa, I'm really sorry for you, I hope your back is going to be fine, you're a really great guy, good friend and really amazing champion,' Wawrinka said as he accepted his first major trophy. 'Last year I had a crazy match, I lost it. I was crying a lot after the match. But in one year a lot happened — I still don't know if I'm dreaming or not but we'll see tomorrow morning.' "