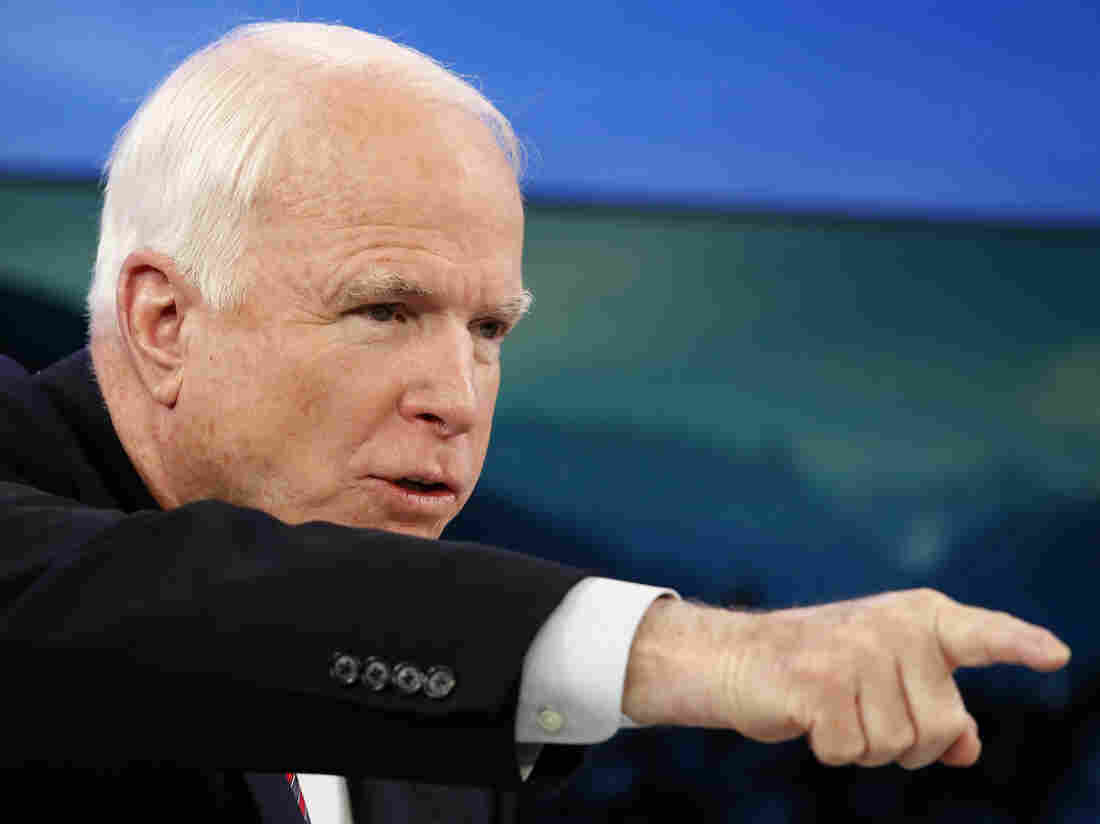 Sen. John McCain, an Arizona Republican, at the annual meeting of the World Economic Forum in Davos earlier this week. His state's GOP leadership has censured him for his "disastrous" record. Ruben Sprich/Reuters/Landov hide caption 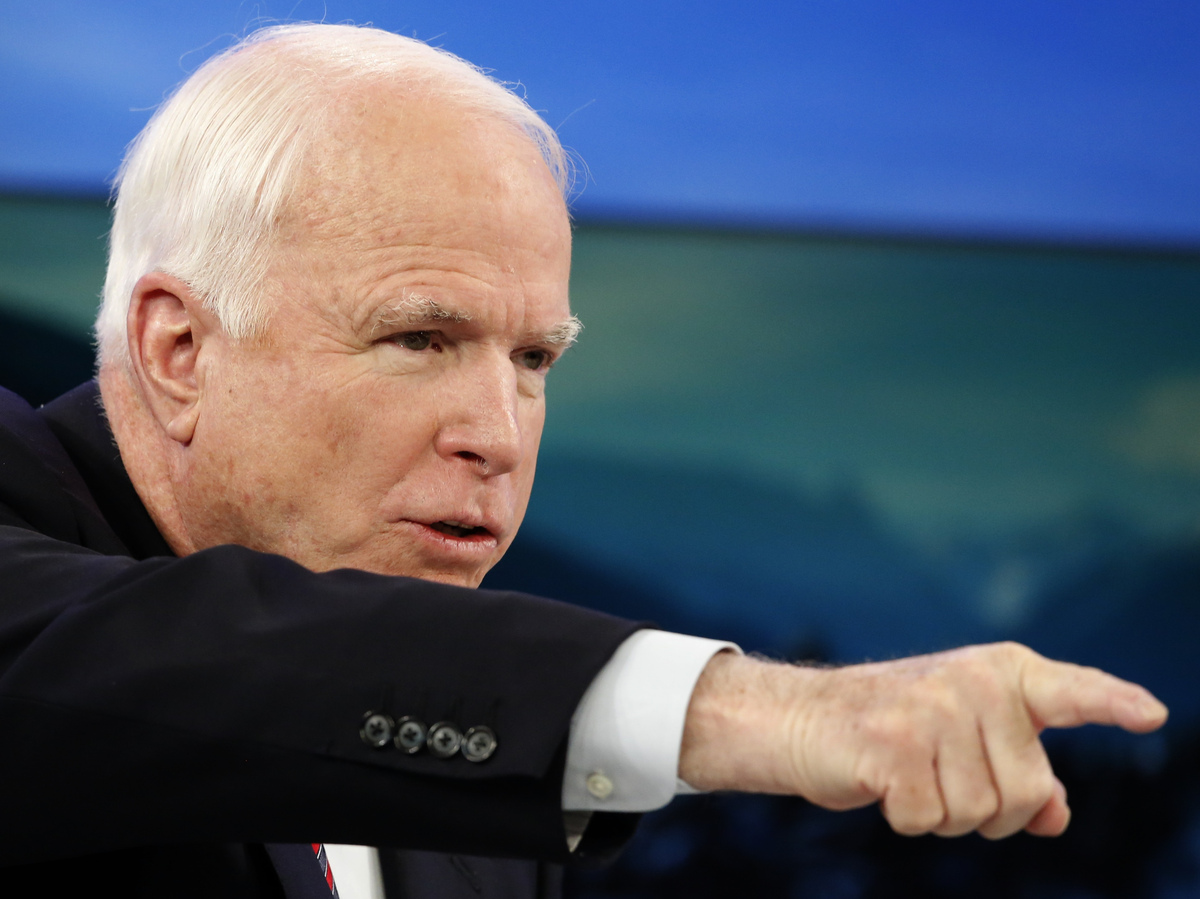 Sen. John McCain, an Arizona Republican, at the annual meeting of the World Economic Forum in Davos earlier this week. His state's GOP leadership has censured him for his "disastrous" record.

Arizona Sen. John McCain has gone soft when it comes to conservative principles. That's according to his state's Republican Party, who sent the former presidential candidate a message on Saturday by voting to censure him for his 'liberal' voting record.

The Associated Press says the resolution was approved on a voice vote during a meeting of state committee members in Tempe. It said McCain "has campaigned as a conservative but has lent his support to issues 'associated with liberal Democrats,' such as immigration reform and to funding the law sometimes known as Obamacare."

The five-term senator's bleeding-heart tendencies are "disastrous and harmful" to the state and the nation, the resolution said.

"[We] would gladly embrace Sen. McCain if he stood behind us and represented us," Timothy Schwartz, the Legislative District 30 Republican chairman was quoted by the AP as saying.

As if to reinforce the message, a prominent Democrat, Fred DuVal, who plans to run for governor, came to McCain's defense. He called the censure an "outrageous response to the good work Sen. McCain did crafting a reasonable solution to fix our broken immigration system."

The Arizona Republic says: "Saturday's censure came two weeks after the Maricopa County Republican Party passed a resolution to censure the senator on a 1,150-to-351 vote. The state GOP party's censure ... has no practical effect, but serves as an attempt to embarrass the senator."