Accessibility links
Relic Containing Pope John Paul II's Blood Stolen : The Two-Way The late pope often rested in the mountains of Italy's Abruzzo region, and worshiped at a small church there. A small relic containing a piece of gauze that had been soaked in his blood is now missing.

One of only three known containers holding what's said to be Pope John Paul II's blood was stolen over the weekend from a small church in the mountains of Italy's central Abruzzo region.

According to the BBC, the thief or thieves "left the collection box, but took a crucifix and the priceless relic, which contains a piece of gauze once soaked in the blood of the late pope."

Reuters writes that the pope, "who died in 2005, loved the mountains in the Abruzzo region east of Rome. He would sometimes slip away from the Vatican secretly to hike or ski there and pray in the church."

"In 2011, John Paul's former private secretary, Cardinal Stanislaw Dziwisz, gave the local Abruzzo community some of the late pontiff's blood as a token of the love he had felt for the mountainous area. It was put in a gold and glass circular case and kept in a niche of the small mountain church of San Pietro della Ienca, near the city of L'Aquila."

In May 2011, a reliquary in which a vial of John Paul II's blood had been placed was displayed to crowds gathered in Rome on the occasion when he was declared to be "blessed" — a step below sainthood.

John Paul II and Pope John XXIII are to be raised to sainthood on April 27. 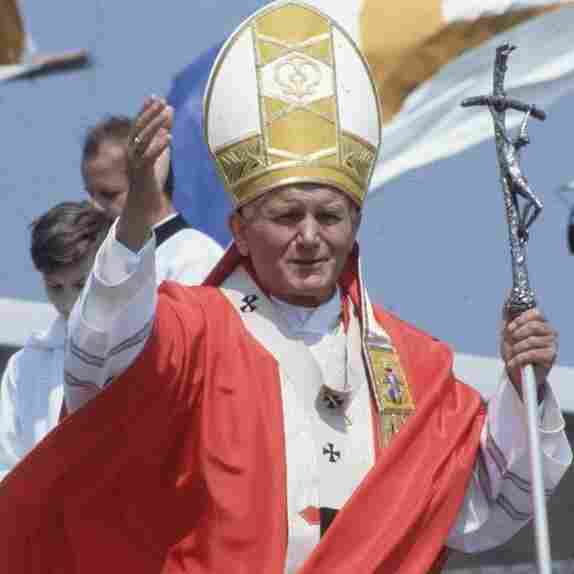 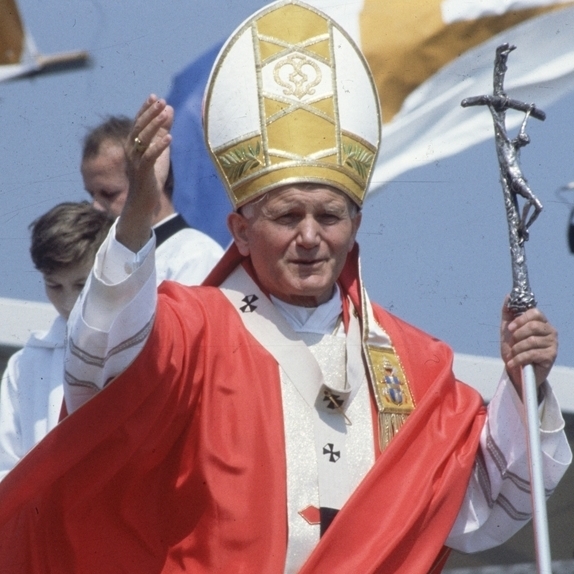