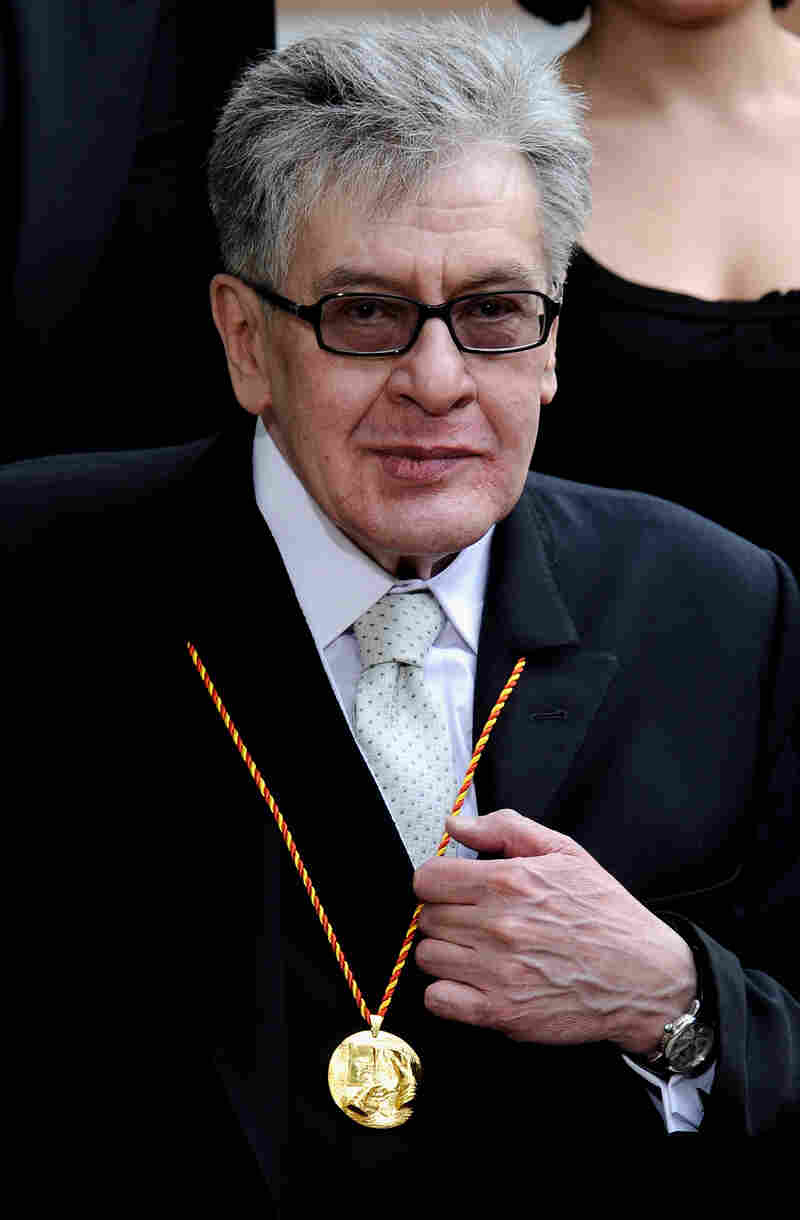 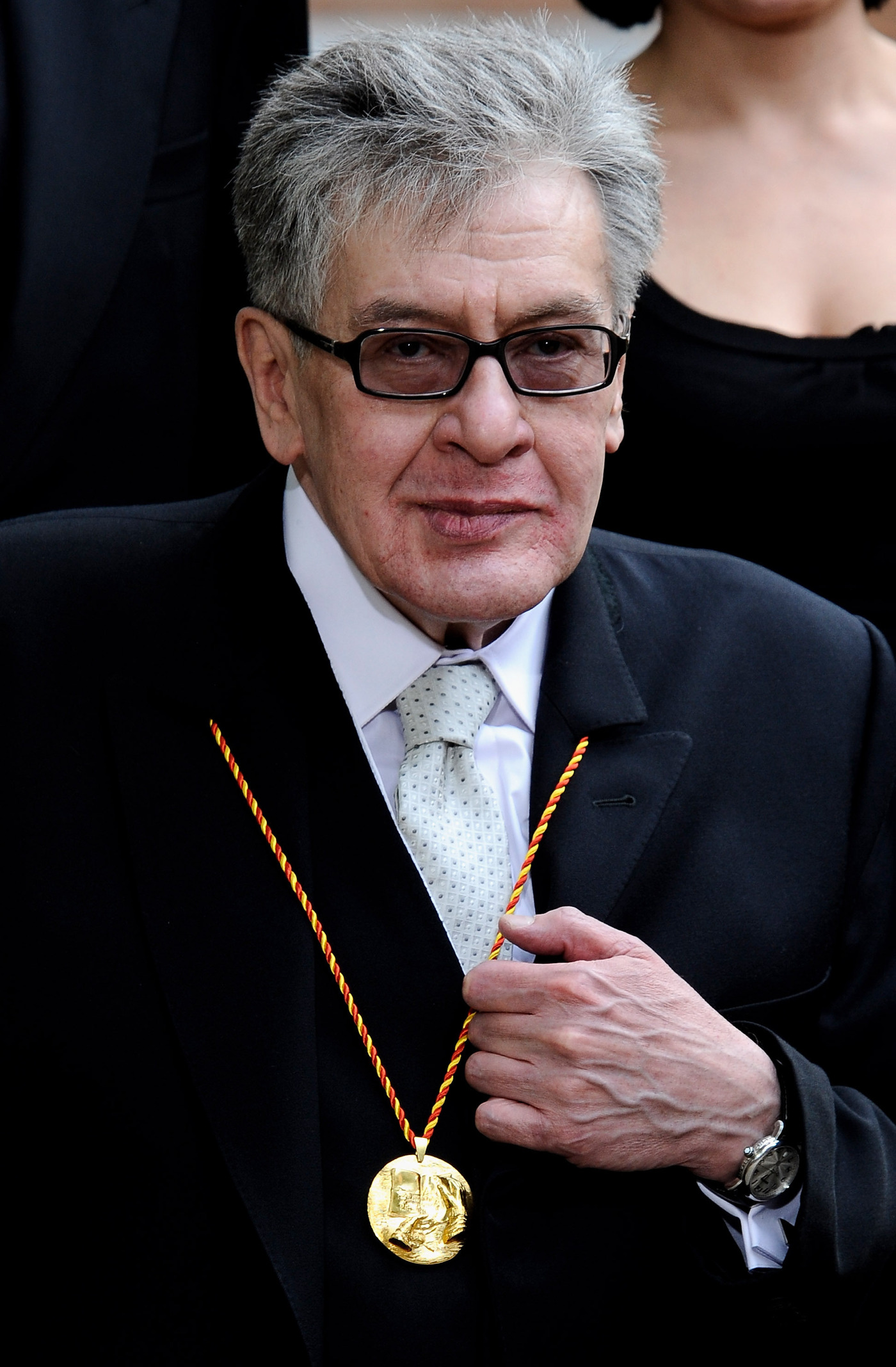 Mexican writer Jose Emilio Pacheco poses for the photographers after the Cervantes Prize ceremony on April 23, 2010, in Madrid.