Accessibility links
Emergencies Declared As Deep Freeze Hits Deep South : The Two-Way Even in states along the Gulf Coast they're preparing for snow and sleet as brutally cold temperatures spread south. To the north, wind chills will once again make it feel like the temperature's well below zero. 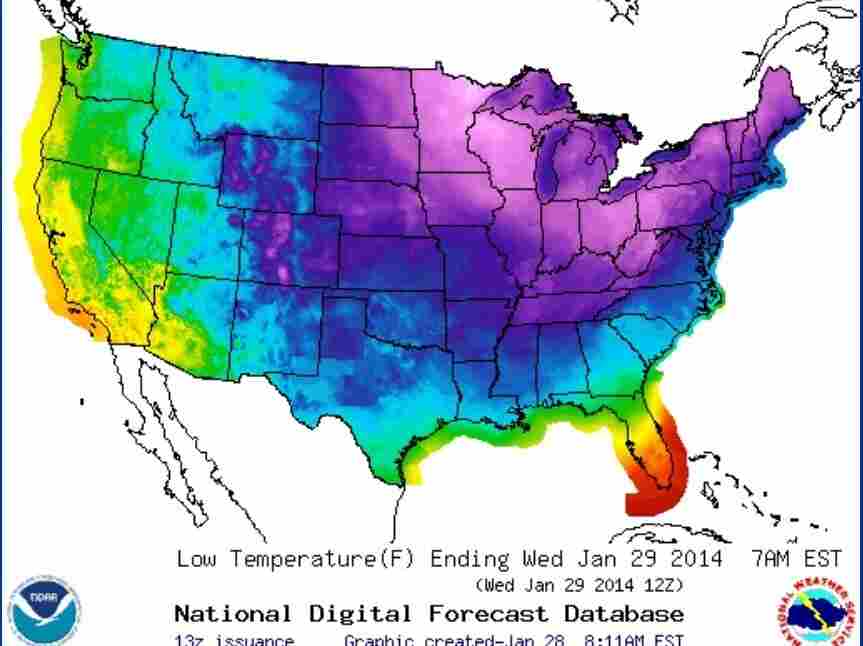 Tuesday night's forecast for the lower 48 states shows temperatures below freezing (the shades of blue and purple) across most of the nation. National Weather Service hide caption 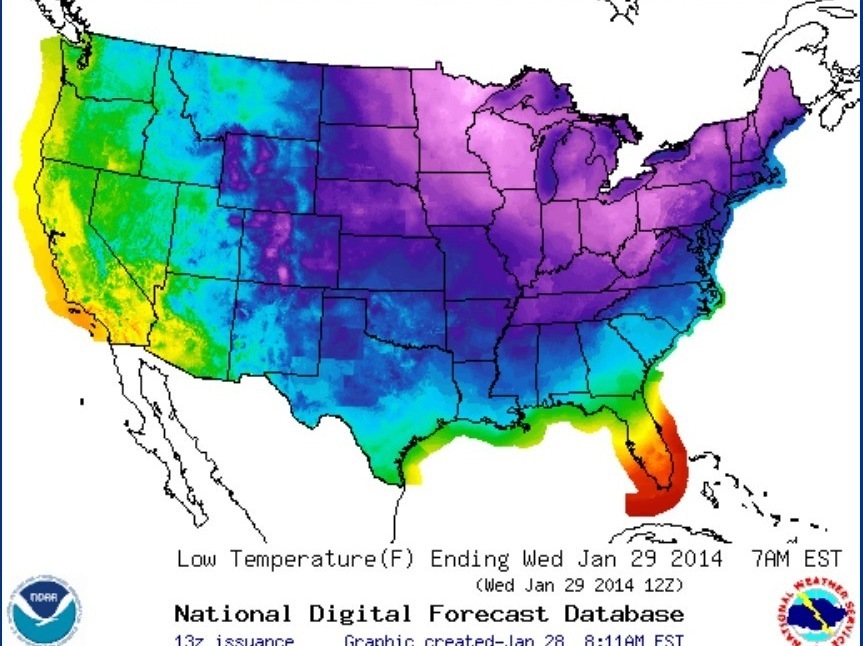 Tuesday night's forecast for the lower 48 states shows temperatures below freezing (the shades of blue and purple) across most of the nation.

-- "Jindal declares state of emergency, urges caution ahead of winter storm." (The Times-Picayune)

As NPR's Debbie Elliott said earlier today on our Newscast, "snow and ice are rare in typically balmy places like New Orleans, Mobile and the Florida panhandle, but officials are warning residents to get ready for significant accumulations and bitter cold."

And if it's cold down along the Gulf Coast, you know it's downright frigid to the north. Here's what the National Weather Service says:

"Windy conditions will make temperatures across the northern Plains and Northeast feel as cold as -30F in some locations. On Tuesday, accumulating snow, sleet and ice will make for hazardous travel conditions from South Texas to the Carolinas."

Headlines from some of our public radio friends in the shivering states help tell the story:

-- "Winter slushes along, but do we have enough salt?" (WESA in Pittsburgh)

Our headline from Monday also still applies: "Looking To Escape The Deep Freeze? Head To Alaska."

Temperatures closer to what's normal for this time of year aren't expected until Thursday.

Finally, because we want everyone to stay safe, we're once again pointing to the Federal Emergency Management Agency's tips on how to prepare for "winter storms & extreme cold."