Accessibility links
Cantaloupe Farmers Get Probation Over Deadly Listeria Outbreak : The Two-Way The 2011 outbreak killed 33 people in 28 states. The Colorado farmers were sentenced to five years probation and six months of home detention. 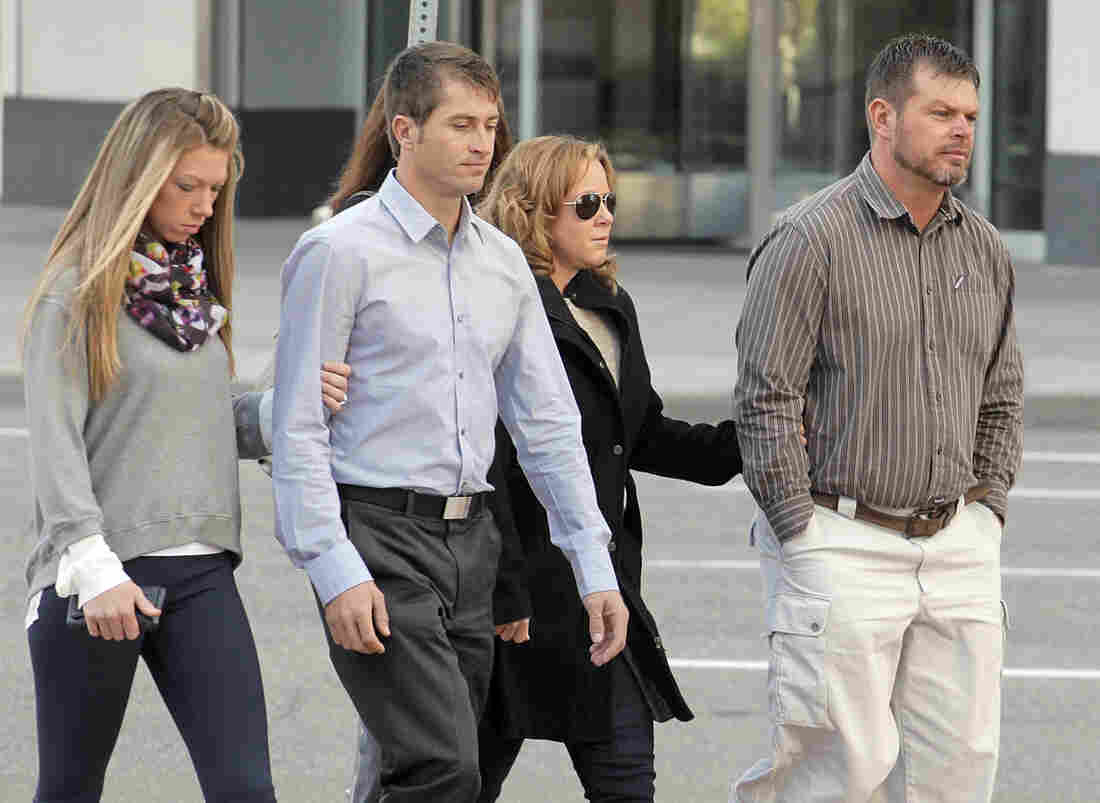 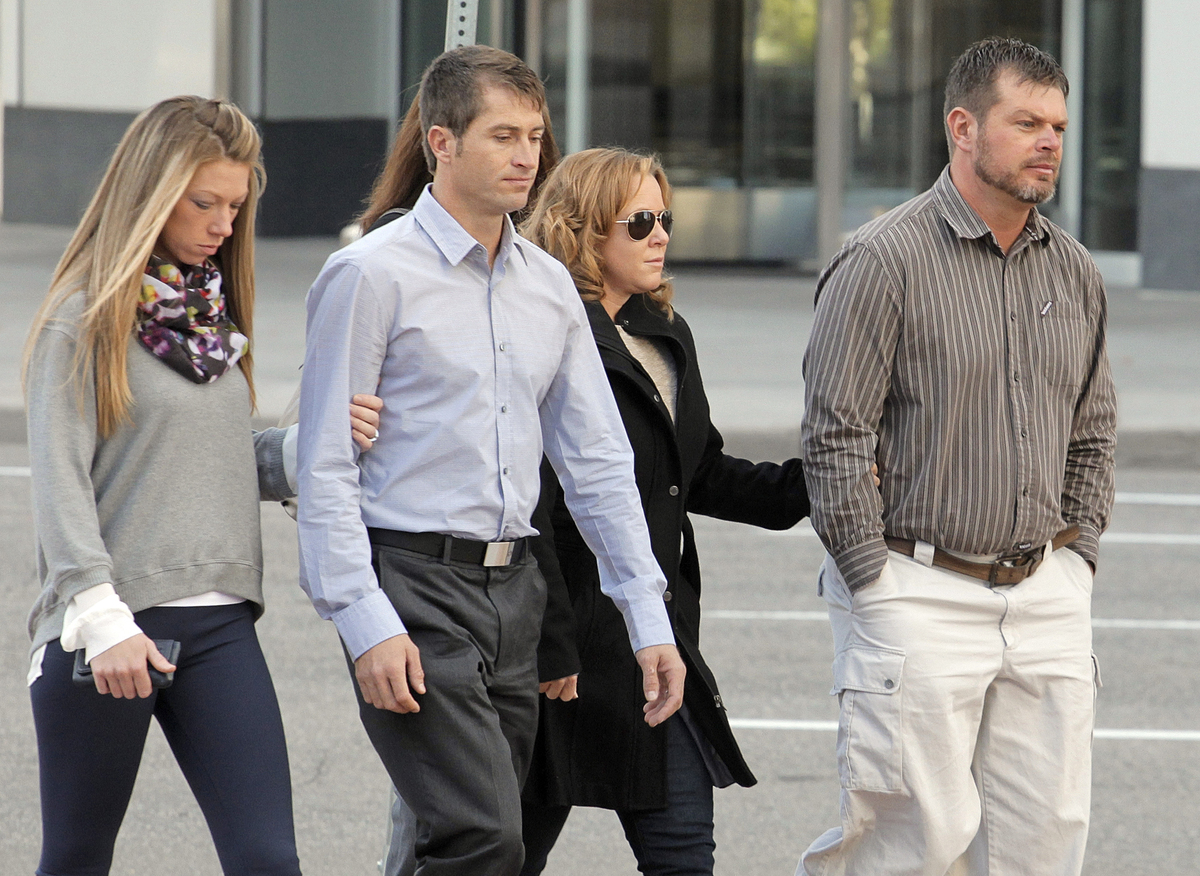 Eric Jensen, right and Ryan Jensen, brothers who owned and operated Jensen Farms, arrive at the federal courthouse in Denver in January of 2014.

Two cantaloupe farmers who pleaded guilty to charges stemming from a 2011 outbreak of listeria that killed 33 people, were sentenced on Tuesday to five years probation and six months of home detention.

"A federal magistrate also ordered brothers Eric and Ryan Jensen to each pay $150,000 in restitution and perform 100 hours of community service. Each read a statement in which they apologized but didn't show any emotion during the hearing.

"They pleaded guilty last year to misdemeanor counts of introducing adulterated food into interstate commerce and faced up to up to six years in prison and $1.5 million in fines."

As our friends at The Salt reported last year, the episode is one of the worst food-borne outbreaks in U.S. history.

USA Today reports that the bacteria was traced to the Jensens' farm. Investigators found multiple problems, but they decided the melons were likely contaminated by dirty water on the floor of the farm's packing house. Listeria may have also been on "old, hard-to-clean equipment."

"Magistrate Judge Michael E. Hegarty said he did not order prison time or fines so the brothers could keep working to support their families and pay restitution.

'I must deliver both justice and mercy at the same time,' Hegarty said."

The outbreak led to a new law, the paper reports, that shifts "focus of federal regulators from responding to contamination to preventing it."