Accessibility links
Oh Toronto! New Accusation For Mayor And New Charge For Bieber : The Two-Way Mayor Rob Ford is accused in a lawsuit of conspiring with others to have a former family friend beaten up. Meanwhile, pop star Justin Bieber has appeared in the city to face charges related to an alleged assult on a limo driver. 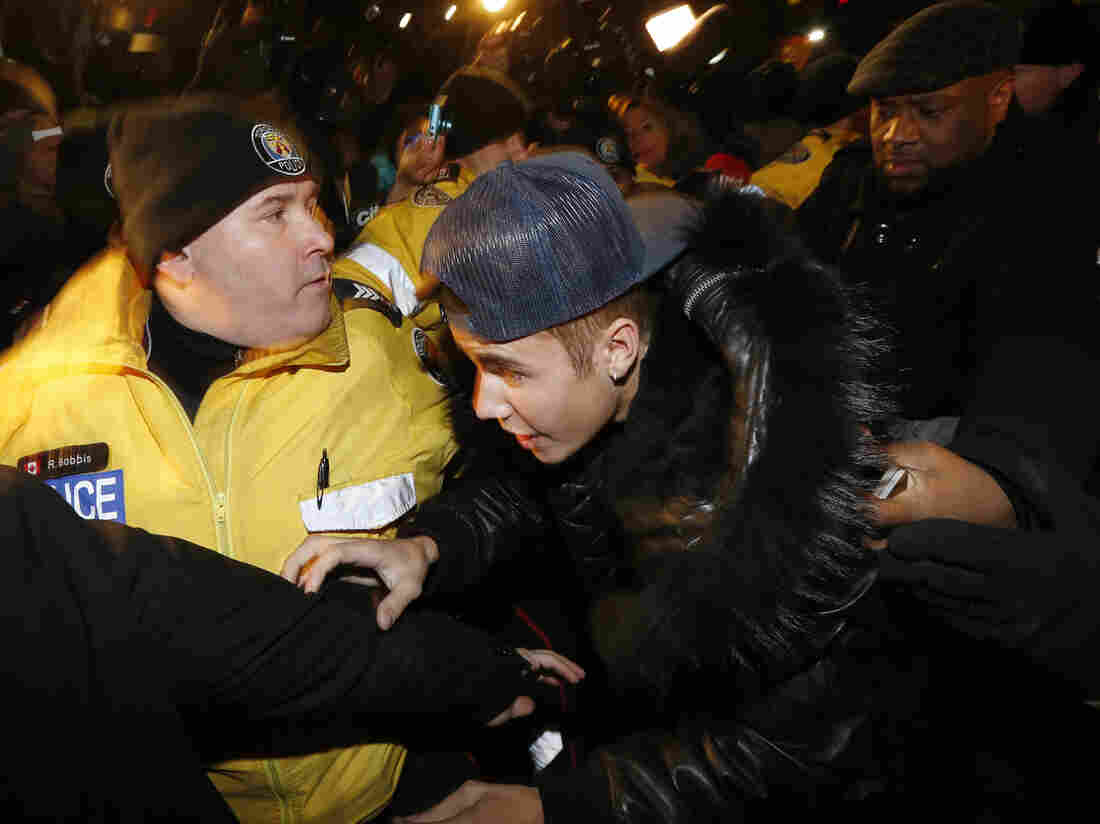 There was quite a commotion Wednesday night in Toronto when pop star Justin Bieber (center) arrived at a police station to be charged in connection with the alleged assault on a limo driver. Alex Urosevic/Reuters/Landov hide caption 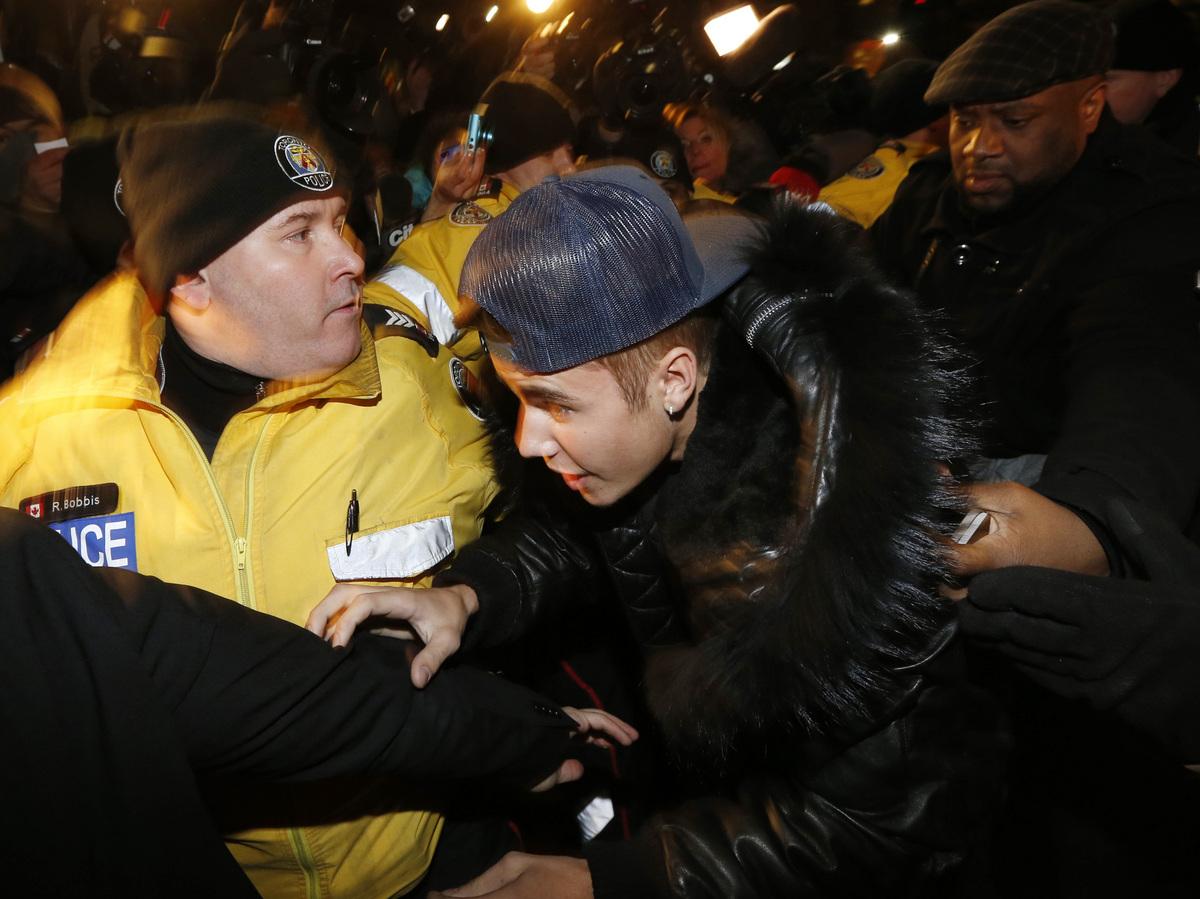 There was quite a commotion Wednesday night in Toronto when pop star Justin Bieber (center) arrived at a police station to be charged in connection with the alleged assault on a limo driver.

Before we start this post, we'll point to one from earlier this week:

That said, we realize that many folks want to keep up on the news about two of Canada's more famous (and infamous?) citizens. So, here goes.

-- "To keep secret his habit of doing drugs and hanging out with gang members, Mayor Rob Ford conspired to silence a former family friend with threats and a brutal jailhouse beating, according to unproven allegations contained in a $3.6-million lawsuit the former friend has filed in court." (The Toronto Star)

The mayor's lawyer says the charge is "without factual foundation."

-- "Embattled Canadian pop star Justin Bieber walked into a Toronto police station Wednesday evening ... [to] face a charge in connection with an alleged assault involving a limousine driver in late December." (The CBC)

According to the CBC, "after he was officially charged, Bieber slipped out another door at the station and into a second SUV, different from the one he arrived in. His next court appearance is March 10 at Toronto's Old City Hall courthouse."

The assault charge against Bieber follows his arrest last week in Miami on charges of driving under the influence, driving without a valid license and resisting arrest after what police allege was a "wild, drug-fueled drag race."

The latest accusation about Mayor Ford comes after months of news about his admitted drug use, drunken outbursts and shocking statements.