Accessibility links
This Photo Of Lake Michigan Will Make You Shiver : The Two-Way Even from space, the ice, snow and clouds blowing across the water are chilling. All five of the Great Lakes are icing up earlier than they have in a few decades. But experts say it's not all that unusual. It's just an old-fashioned cold winter. 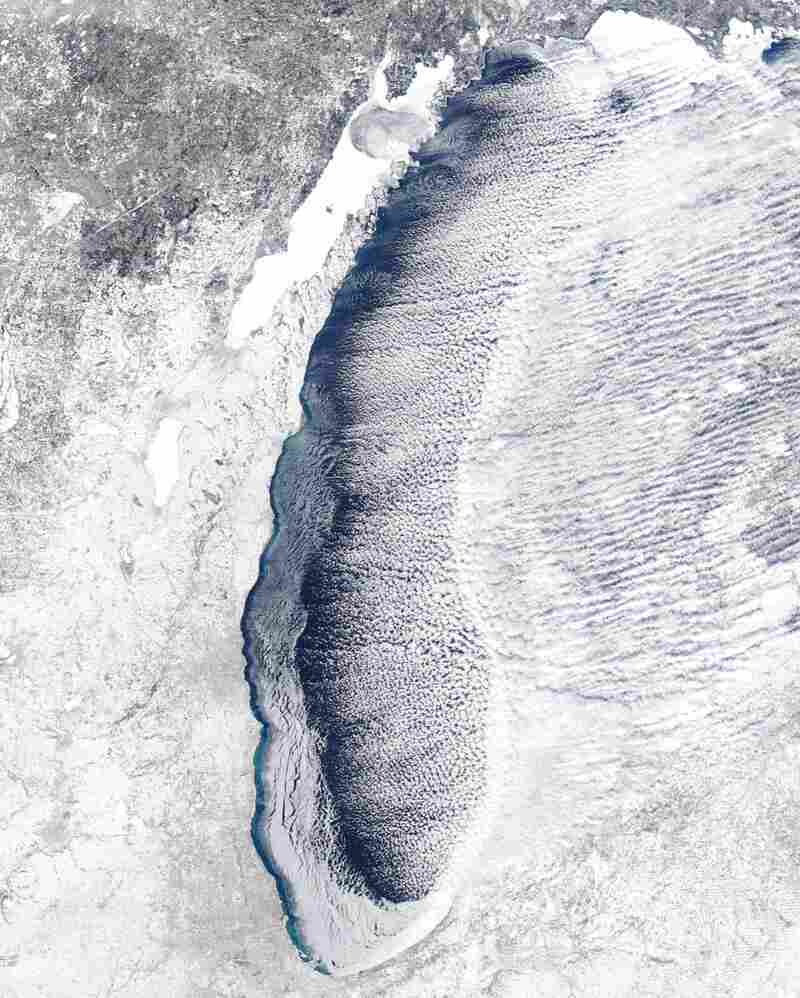 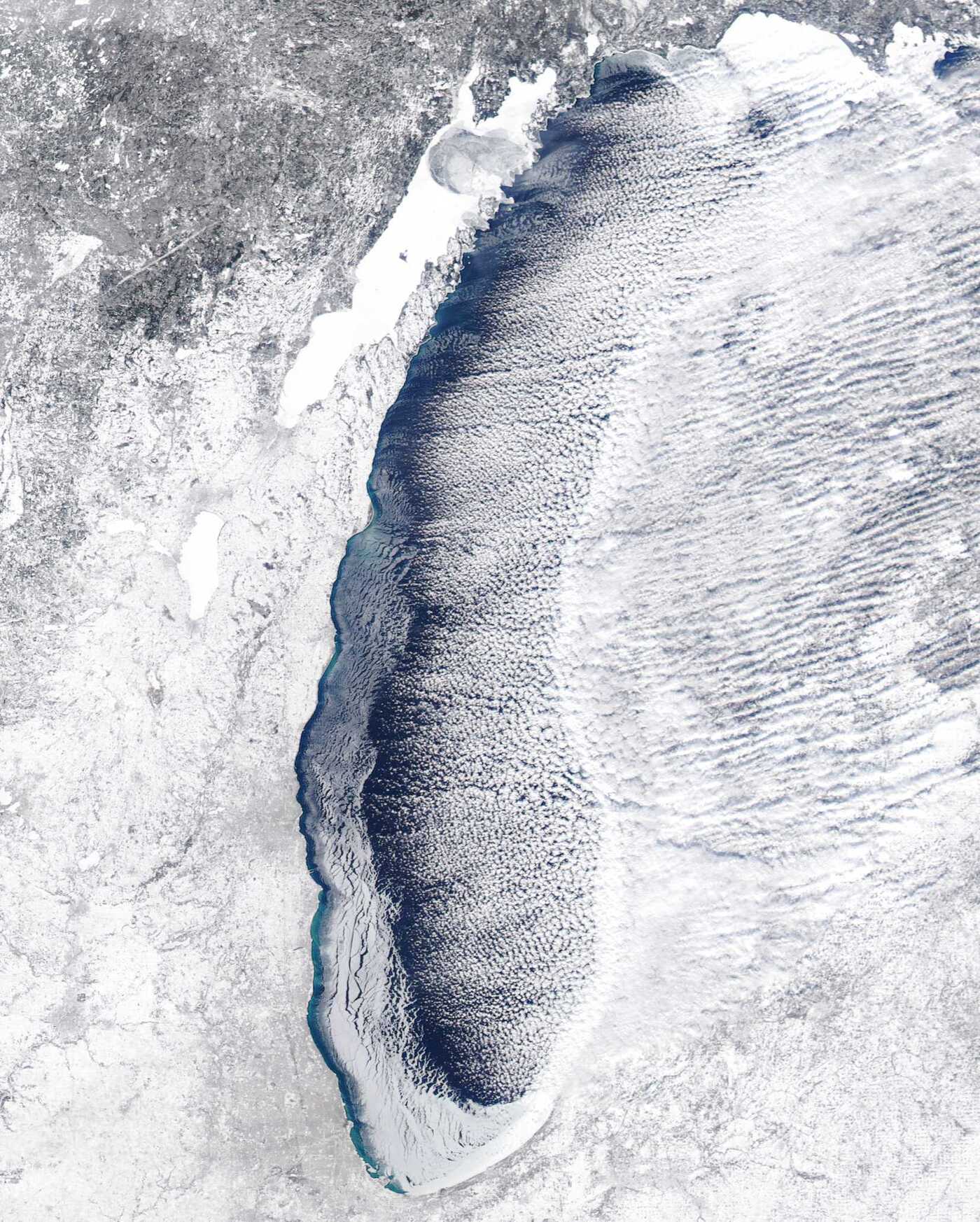 What Is The Polar Vortex And Why Is It Doing This To Us?

What Is This Bombogenesis And Why Is It Dumping Snow On Us?

A photo posted by our friends at Michigan's Interlochen Public Radio is so cool we just had to know more about it and about what's going on with the Great Lakes during this extra-frigid winter.

As you'll see, the satellite image from the National Oceanic and Atmospheric Administration shows clouds and snow blowing across the now partially ice-covered Lake Michigan.

Interlochen Public Radio used the photo to illustrate this post:

IPR's Peter Payette writes in the post that, "Grand Traverse Bay [in northern Michigan] is now mostly frozen along with almost half of Lake Michigan."

More specifically, as this chart from NOAA's Great Lakes CoastWatch website shows, about 45 percent of Lake Michigan is considered to be frozen.

The iciest of the five Great Lakes, as usual at this time of the year because it's the shallowest, is Erie — which is about 95 percent ice-covered.

As for the others:

-- Lake Superior is about 85 percent ice-covered.

-- Lake Huron comes in around 70 percent.

-- Lake Ontario is the least frozen, at just about 25 percent.

Peter asked around about whether the visits from the polar vortex have led to unusually early lake freezes. The answer is basically no. He found that we're really just having a good old-fashioned winter like those many may remember (correctly or not) from their childhoods.

Here's what he discovered:

"George Leshkevich is a researcher at NOAA's Great Lakes Environmental Research Laboratory. He says you have to go back about 25 years to find this amount of ice in the Great Lakes this early but he says it is not unusual.

But whether or not the lakes' current conditions are all that remarkable, that photo still makes us shiver.