Accessibility links
Maine's High Court Rules In Favor Of Transgender Student : The Two-Way Nicole Maines, who is biologically male but identifies as female, had sued after officials at her school barred her from using the girls' restroom. 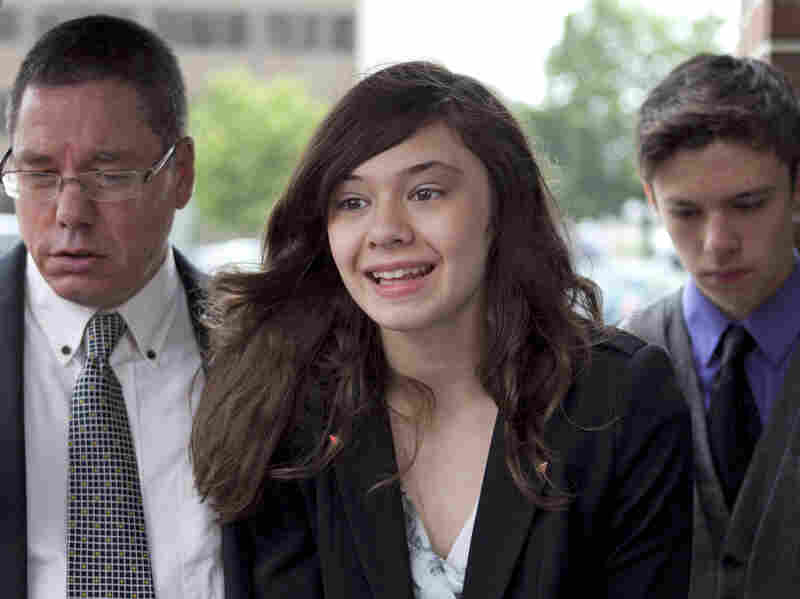 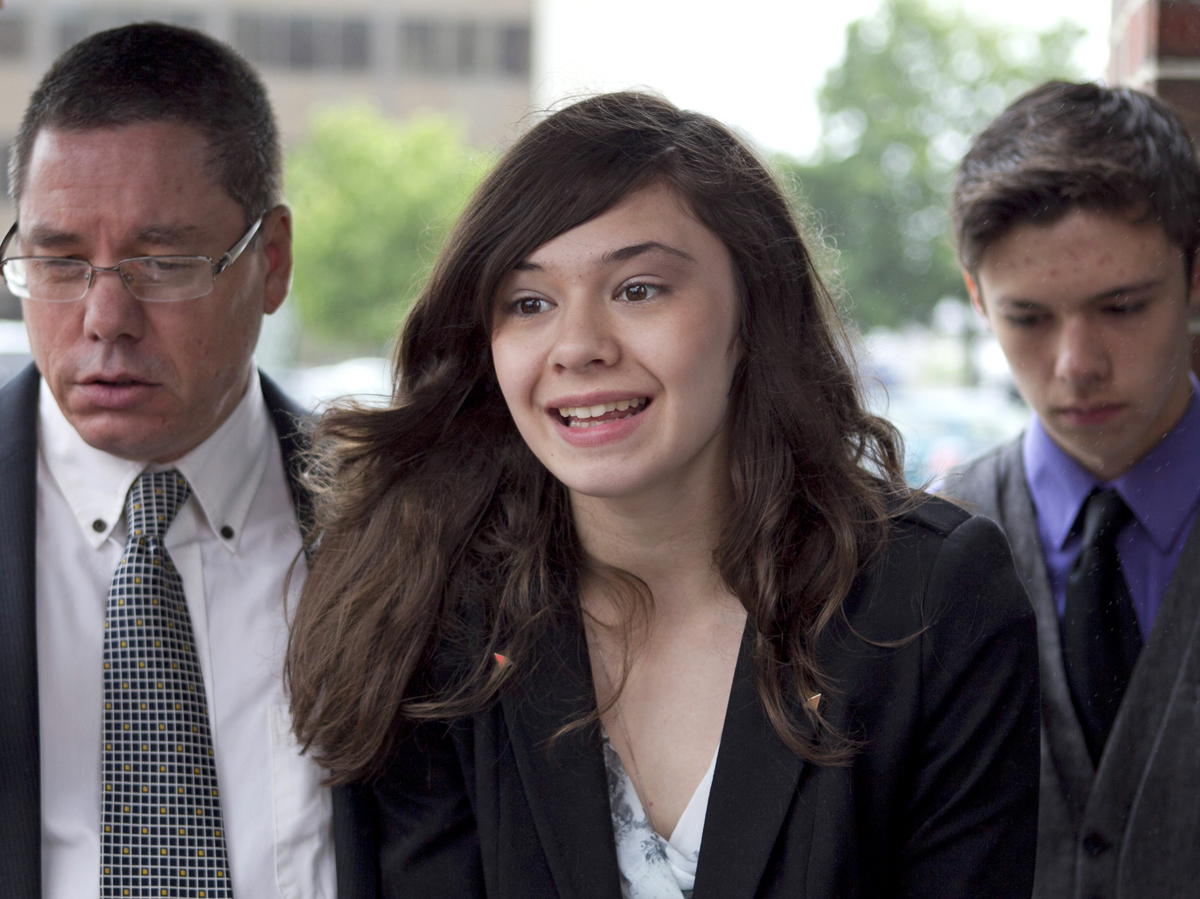 Nicole Maines, center, with her father Wayne Maines, left, and brother Jonas, speaks to reporters outside the Penobscot Judicial Center in Bangor, Maine, in June.

Maine highest court has ruled in favor of a transgender student who sued her former school district after being required to use a staff bathroom instead of the bathroom of her choice.

Nicole Maines is biologically a boy, but identifies as a girl.

"[Her] family and the Maine Human Rights Commission sued in 2009 after school officials required her to use a staff bathroom instead of the girls' restroom. A state Superior Court judge ruled that the Orono school district acted within its discretion, and a lawyer for the district said that it should be up to the Maine Legislature to clarify the issue."

But on Thursday, the Maine Supreme Judicial Court concluded that the district had violated the Maine Human Rights Act, a state law that bans discrimination based on sexual orientation, the AP says.

Maine Public Radio's Susan Sharon says other school districts around the country are also dealing with the same issue and that an attorney for Maines says she expects the landmark ruling to influence their policies going forward.

"Colorado officials said last year that a suburban Colorado Springs school district discriminated against a 6-year-old transgender girl by preventing her from using the girls' bathroom."

"In California, there's an effort afoot to try to repeal a law that allows public school students to use bathrooms and locker rooms that correspond with their expressed genders."