Accessibility links
Utah School Draws Ire For Taking Kids' Lunches; Debt Cited : The Two-Way Anger and frustration followed an incident Tuesday, in which up to 40 students had their lunches taken away from them at the cashier's station in an elementary school cafeteria. The food was thrown away; the students were told their accounts had no credit on them. 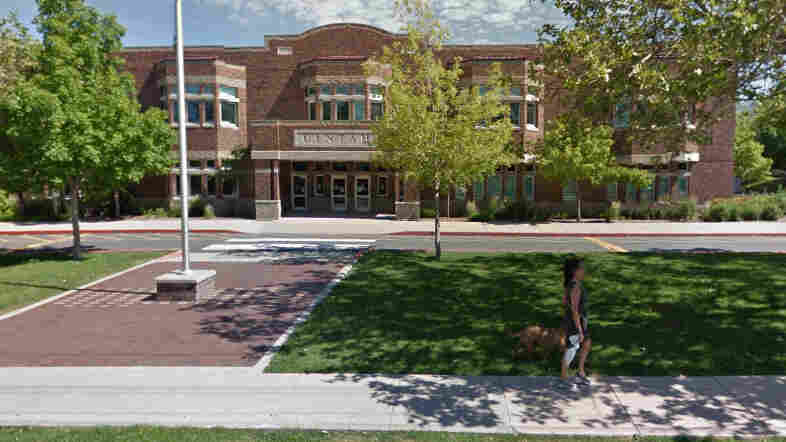 Uintah Elementary School in Salt Lake City, where up to 40 students were served lunch Tuesday — only to have it discarded. They were told they didn't have enough credit on their accounts. Google hide caption 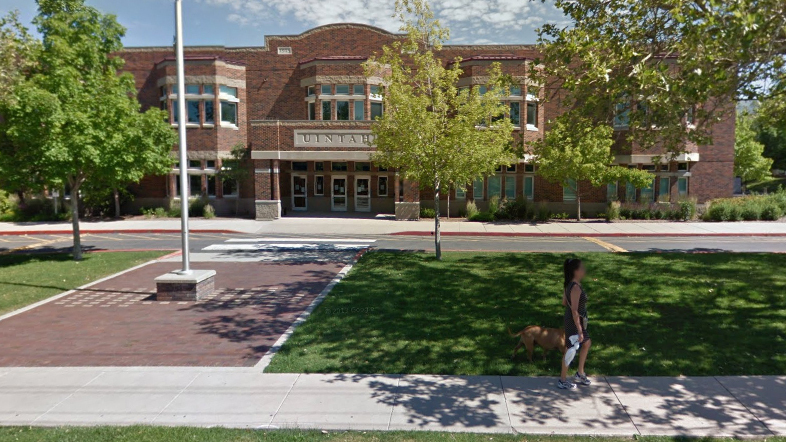 Uintah Elementary School in Salt Lake City, where up to 40 students were served lunch Tuesday — only to have it discarded. They were told they didn't have enough credit on their accounts.

Two state senators are paying a visit to an elementary school in Salt Lake City on Thursday, after reports emerged that the school had served meals to dozens of students — only to throw them away after a cashier confirmed their accounts had an outstanding balance.

Anger and frustration followed the incident, which affected up to 40 students Tuesday at Uintah Elementary School, The Salt Lake Tribune reports.

"It was pretty traumatic and humiliating," mother Erica Lukes told the Tribune. Her daughter, 11, was among the kids whose lunches were taken away. "These are young children that shouldn't be punished or humiliated for something the parents obviously need to clear up."

The students were given a snack of fruit and milk — and as the newspaper reports, their lunch had to be thrown away in accordance with its rules about not serving food twice.

The Salt Lake City School District has apologized for the incident, which it says it is investigating. The Tribune reports that a former school cafeteria worker has said refusing to give kids lunch if their accounts are too low is standard practice.

The district said Wednesday that the decision to take away the kids' lunches came from the school district's child nutrition manager — one day after attempts to contact their parents failed.

The manager had found a "large number of students who had zero or negative balances in their school lunch accounts," the district said in a statement.

Here's more from that note:

"The schools [sic] says they inform students when they go through the lunch line if they have a low balance. They say they also send notes home in the student's Monday folders. However, when contacted Monday or Tuesday, many parents were surprised by the news."

The school district's apology met with nearly 2,000 comments after it was posted on Facebook, with critics citing passages from the Bible and calling the incident "disgusting."

Others noted how the note about the controversial handling of the students' debt had come on the heels of a post about its campaign to fight child hunger, called Souper Bowl of Caring.

"If students were humiliated and upset, that's very unfortunate and not what we wanted to happen," Salt Lake City District spokesman Jason Olsen told the Tribune earlier this week.

Uintah's principal, Chelsea Malouf, says she spoke to staff after the lunches were thrown away and told them the practice should not be repeated.

"No child in Utah should ever be hungry in a classroom," state Sens. Jim Dabakis and Todd Weiler said in a joint statement released Thursday. "The most basic component of learning is a full stomach."

The pair held a news conference outside the school today, before visiting the students.

"To me this rises to the level of bullying," Weiler said, according to the Tribune.

A look at the Uintah Unicorns' page on Facebook finds an assortment of typical elementary-school fare from recent weeks: pictures and notes about music programs, requests for volunteers, and messages about an open house.

But the most recent comments are dominated by negative responses to the lunchroom incident. And the school's rating stood at only one star.

Nearby residents are also embracing the school's students and attempting to help, as the Tribune reports:

"The incident has elicited donations from do-gooders throughout the valley. The owner of the radio station X96 is holding a telethon to raise money for the school and is matching donations."