Accessibility links
PHOTOS: When Barn-Sized Boulder Meets Barn, Barn Loses : The Two-Way The images from northern Italy are stunning. A massive boulder broke free from a mountainside and tore a destructive path through a farm. The good news: No one was hurt. 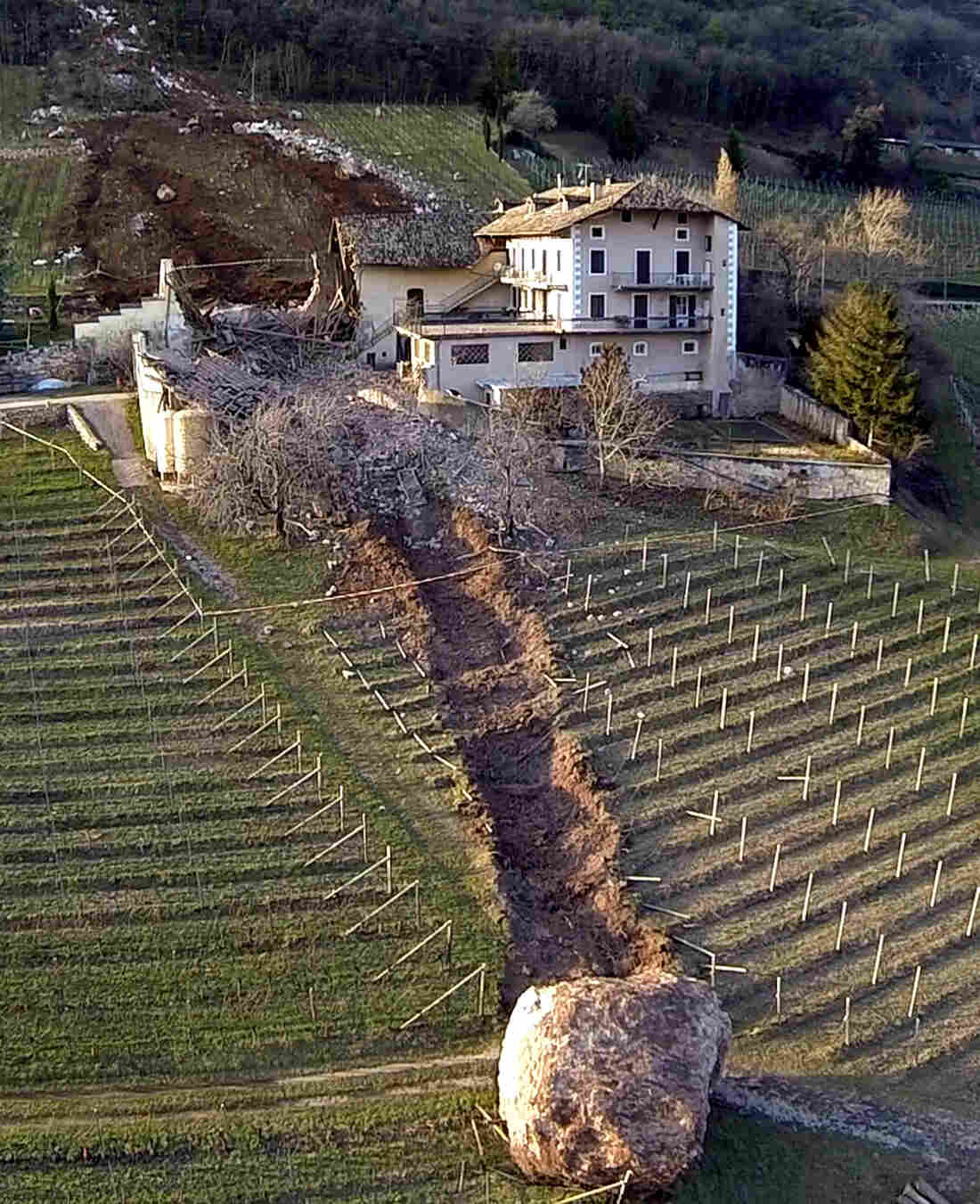 The path of destruction can be clearly seen at this farm in northern Italy, where a boulder broke loose from a mountain and rolled down and through a barn. Fortunately, no one was hurt. Markus Hell/Tareom.com/AP hide caption

First things first: No one was hurt.

Now, with that out of the way, we have to confess to being amazed by some photos from northern Italy — where a huge boulder broke free earlier this month, rolled down a mountain and turned a barn into splinters as it narrowly missed a farmhouse.

As other views show, a second boulder also came down the mountain that day. Fortunately, it came to rest just short of the home.

You can see in additional images that this isn't the first time a block as big as a barn has rolled down from above in Ronchi di Termeno.

Rock slides, of course, are nothing to joke about. In December, a couple in Rockville, Utah, were killed when a boulder smashed their home. In October, five hikers died near Buena Vista, Colo., when a "cascade of boulders" came across the trail they were on.

Many thanks to reader "parsnip," who shared a link in the comments thread to an equally amazing video that Italy's Tareom newssite produced, apparently using a camera mounted on an unmanned aerial vehicle to show the scene.

Another recent post that's proved popular among those who enjoy unusual images:

Boulder Takes Out Barn In Italy

When a huge boulder broke free from a mountainside in northern Italy in mid-January, it rolled down and through a barn — narrowly missing a farmhouse. No one was hurt.