Accessibility links
Texas Overhauls Textbook Approval To Ease Tensions Over Evolution : The Two-Way The state Board of Education has decided to curtail the use of citizen review panels and instead give educators priority in selecting textbooks. 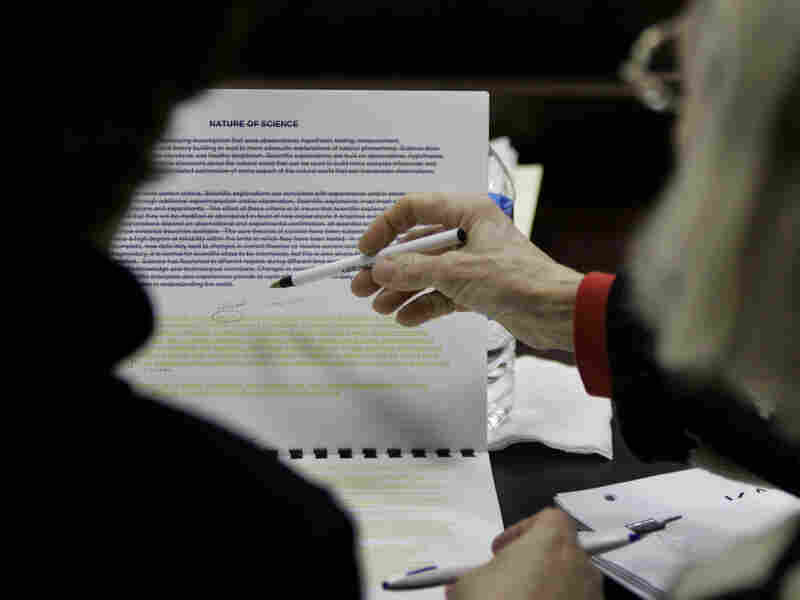 Kansas Board of Education members look over language for a science textbook in 2007. The fight over the teaching of evolution has been particularly fierce in Texas, which because of its size influences many textbook publishers. Charlie Riedel/AP hide caption 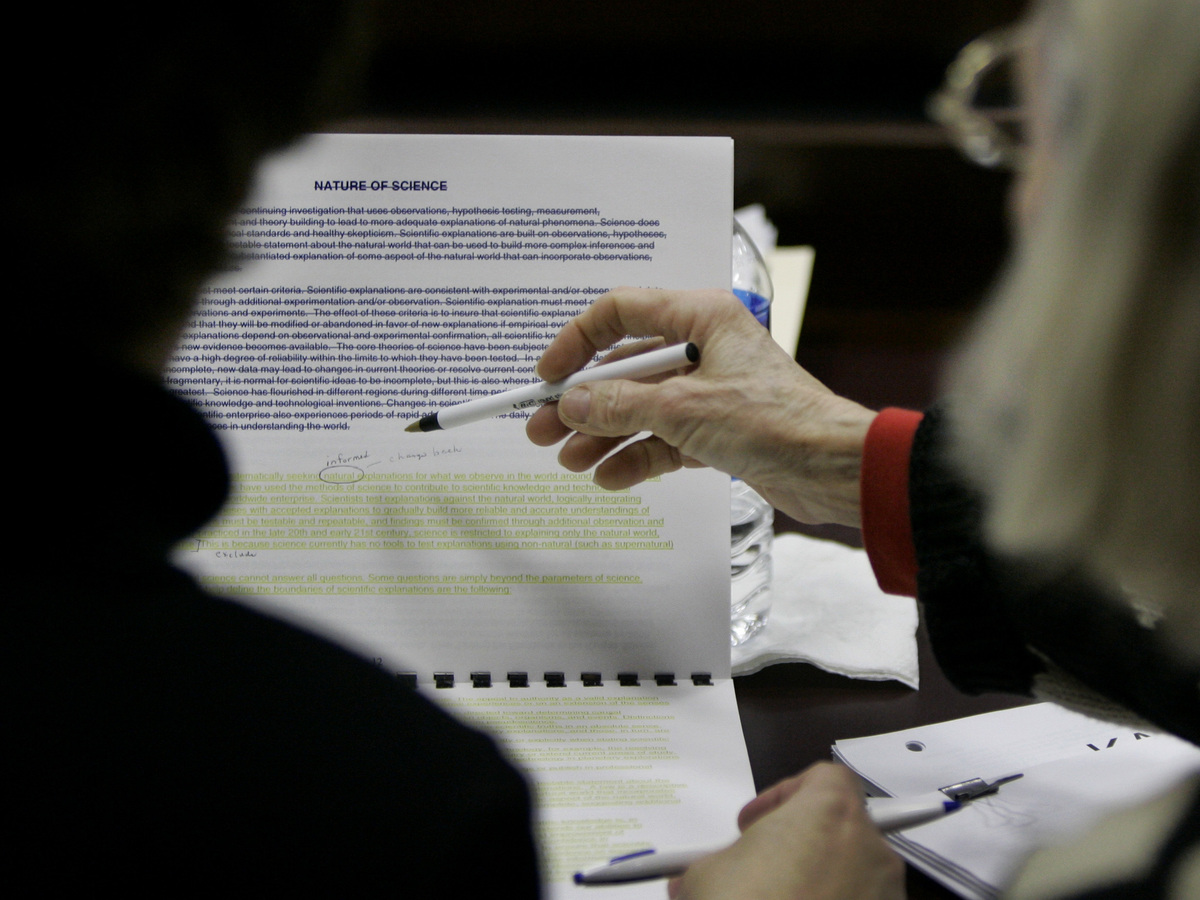 Kansas Board of Education members look over language for a science textbook in 2007. The fight over the teaching of evolution has been particularly fierce in Texas, which because of its size influences many textbook publishers.

The Texas Board of Education, which has long been an ideological battleground for the teaching of evolution, says it will limit the use of citizen review panels and instead give priority to teachers in determining science and history curricula.

Because Texas public schools represent such a large market for textbook publishers, the state has an outsized influence on what is taught in the rest of the country.

Science curricula in particular have become a source of tension over the past 30 years amid moves to downplay the teaching of evolution or to include biblically inspired creationism or "intelligent design."

Critics have been concerned that a small number of religious or political activists can dominate the process of approving texts, and the Board of Education's move appears to try to tamp that down.

Conflicts have also seeped into the approval of history textbooks in recent years, where some have sought to change the characterization of religion's role in the development of the early republic.

Among the changes approved by the state on Friday was "a mandate for teachers and professors to be given priority for serving on textbook review panels for subjects in their areas of expertise. They also enable the board to appoint outside experts to check objections that review panels raise," The Associated Press says.

Meanwhile, South Dakota became the fourth state so far this year to take up legislation that would allow public schools to teach intelligent design. Similar bills have been introduced in Virginia, Missouri and Oklahoma.

Proponents of intelligent design, which teaches that humans and animals were specially created by an unnamed entity, say it should be taught as an alternative to the scientific theory of evolution by natural selection. However, most scientists say intelligent design doesn't qualify as a theory because it cannot be falsified and has not demonstrated any predictive value.