Accessibility links
At Least 14 Dead In Eruption Of Indonesian Volcano : The Two-Way Mount Sinabung had been active for months and the latest eruption occurred only a day after authorities, believing the worst was over, allowed thousands of evacuees to return to their homes.

At Least 14 Dead In Eruption Of Indonesian Volcano

At Least 14 Dead In Eruption Of Indonesian Volcano 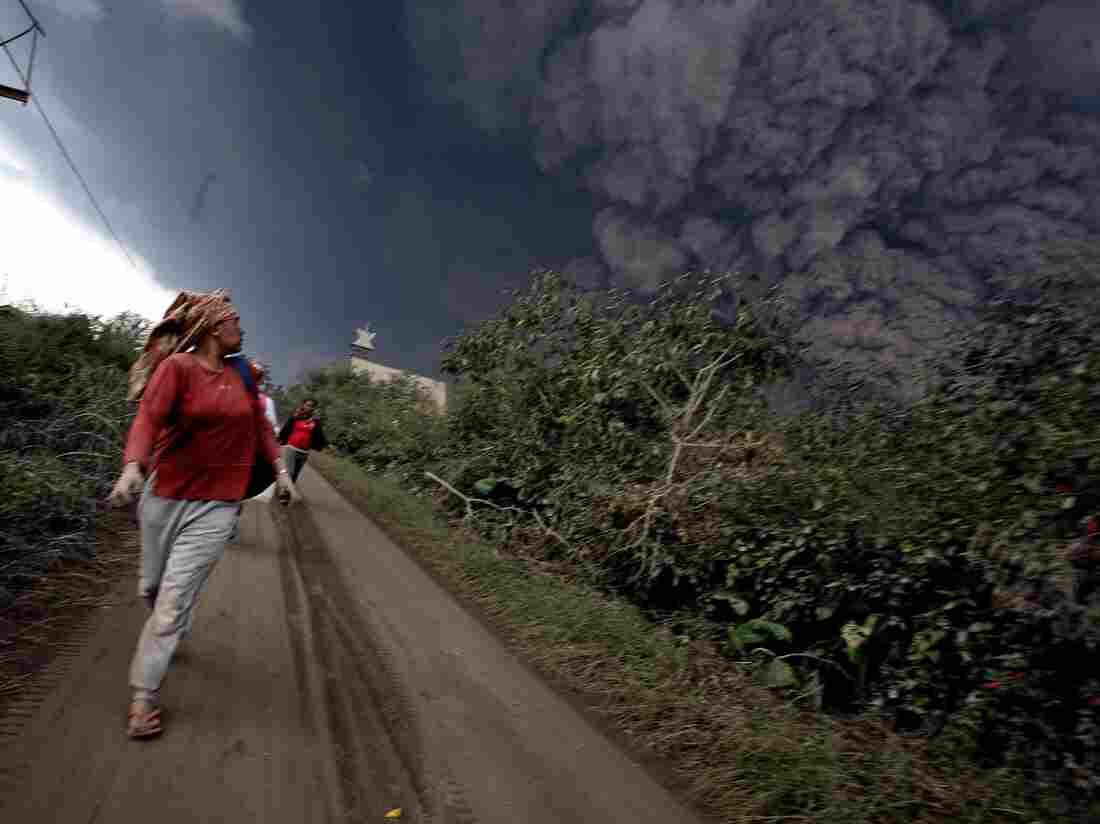 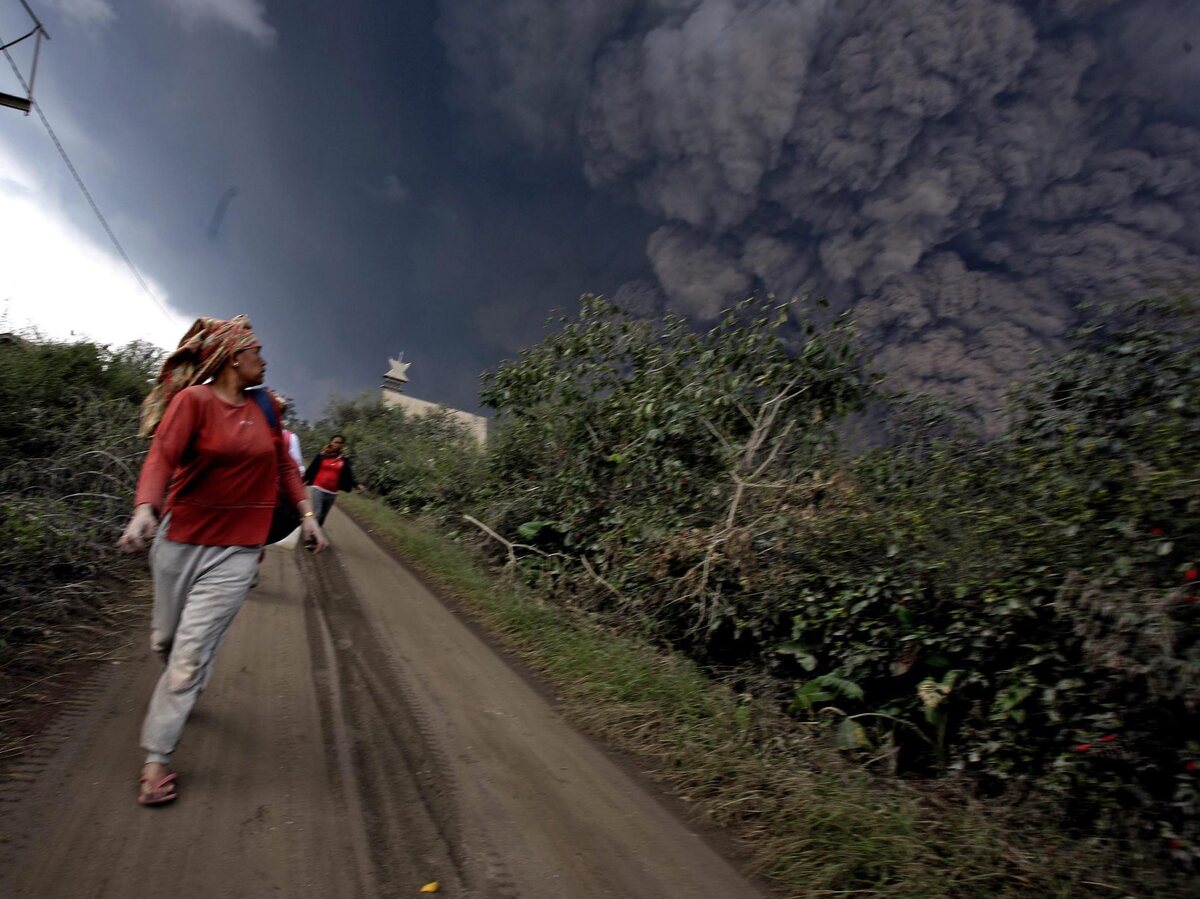 An Indonesian volcano that had been rumbling for months finally unleashed a deadly cloud of poisonous gas and gray ash, killing at least 14 people only a day after authorities had allowed thousands of evacuated villagers to return to their homes.

A series of huge blasts came from Mount Sinabung, a 8,530-foot-high volcano in western Sumatra, on Saturday, sending lava and pyroclastic flows down its slope into nearby settlements.

"Among the dead on Mount Sinabung were a local television journalist and four high-school students and their teacher who were visiting the mountain to see the eruptions up close, said National Disaster Mitigation Agency spokesman Sutopo Purwo Nugroho. At least three other people were injured, and authorities feared the death toll would rise."

Sinabung had been active for four months, but officials who thought the worst was over allowed about half of the 30,000 evacuees to return to the area around the mountain.

Following Saturday's eruption, all those who had been allowed to return home Friday were ordered back into evacuation centers, the AP says.

Indonesia is part of the Pacific system of seismic faults and volcanic activity known as the "Ring of Fire." Sinabung is among 130 active volcanos in the archipelago.

In 2010, 324 people were killed in a two-month-long eruption of the country's Mount Merapi.