Accessibility links
Shadow Seen! Groundhog Predicts 6 More Weeks Of Cold : The Two-Way Punxsutawney Phil, the most famous of the nation's prognosticating rodents, is reported to have seen his shadow, indicating no early coming of spring. 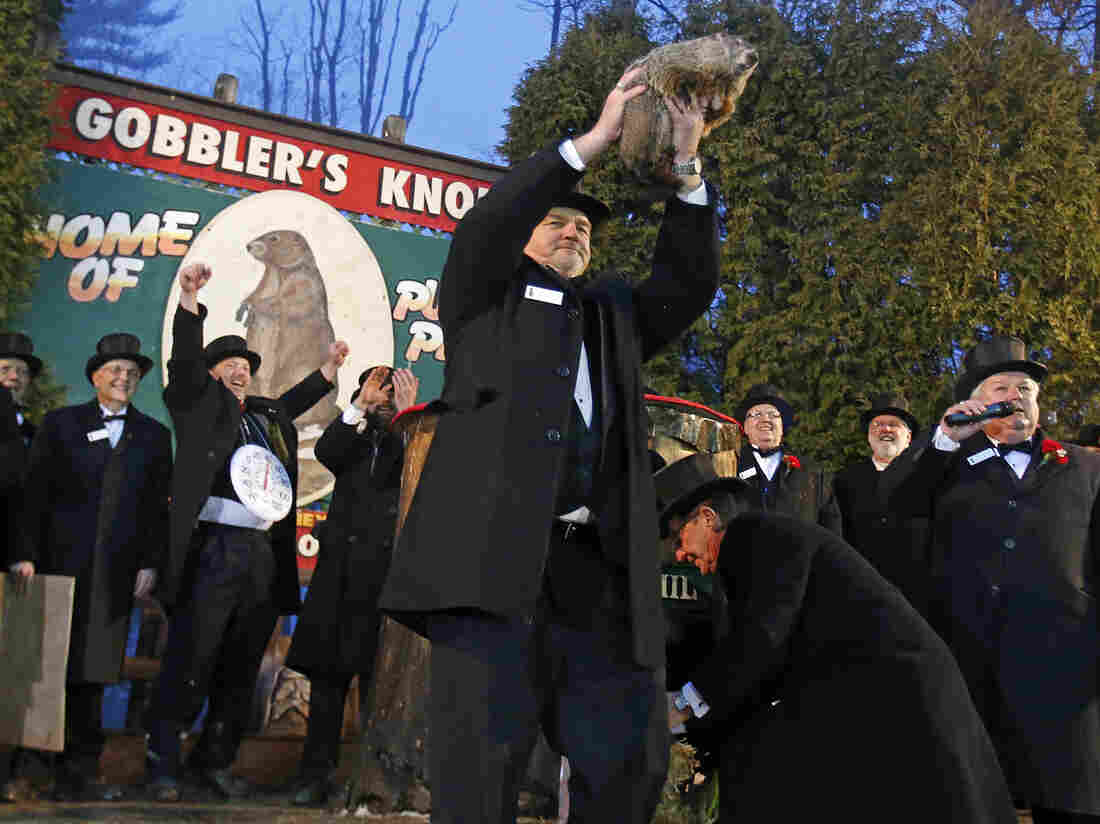 Punxsutawney Phil is held by handler John Griffiths after emerging from his burrow to see his shadow and forecast six more weeks of winter weather. Gene J. Puskar/AP hide caption

Punxsutawney Phil, the "prognosticator of prognosticators" saw his shadow after being roused from hibernation just long enough to make his annual prediction.

The famous groundhog's handler, Bill Deely, made the pronouncement atop Gobbler's Knob in Punxsutawney, Pennsylvania, at about 7:25 a.m. ET.

"Pennsylvania's famed groundhog emerged from his lair in front of thousands of fans. ... Legend has it that if the furry rodent sees his shadow on Feb. 2, winter will last another month-and-a-half. If he doesn't see it, spring will come early."

"Phil is the most famous of a small group of groundhogs said to forecast the weather, including Staten Island Chuck in New York and General Beauregard Lee in Atlanta."

As we wrote on Saturday, Phil's forecast record has been a bit spotty, especially in recent years. His call was off the mark in both 2012 and 2013 and overall, he is said to have an accuracy rate of only about 39 percent.