Accessibility links
Budweiser's 'Puppy Love' Ad Wins Super Bowl Viewers' Hearts : The Two-Way The game didn't go as predicted, but the ad war did. For the second year in a row, Bud won over viewers, using a cute puppy and photogenic Clydesdales to sell beer. 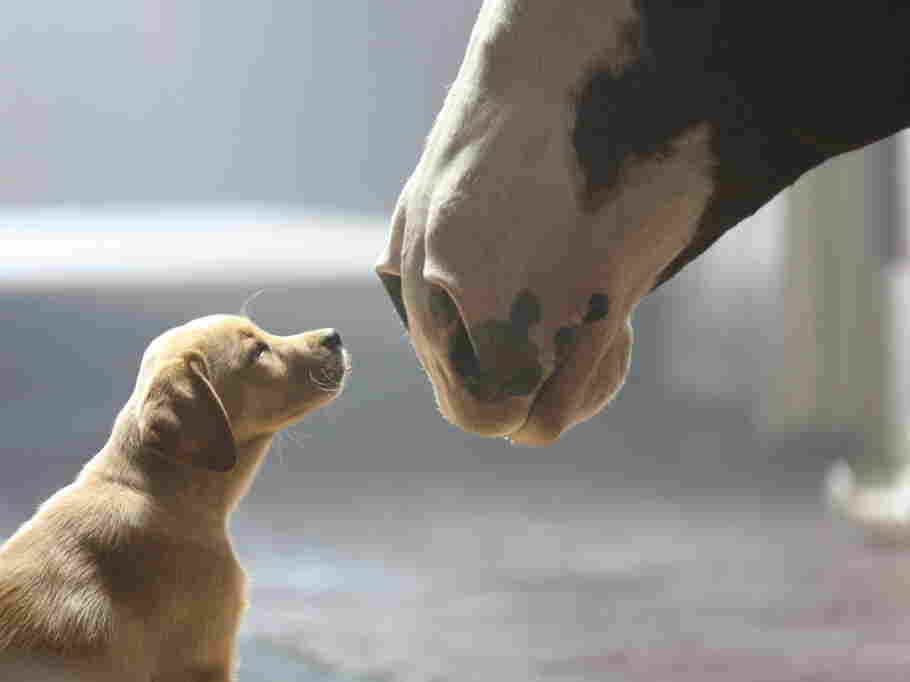 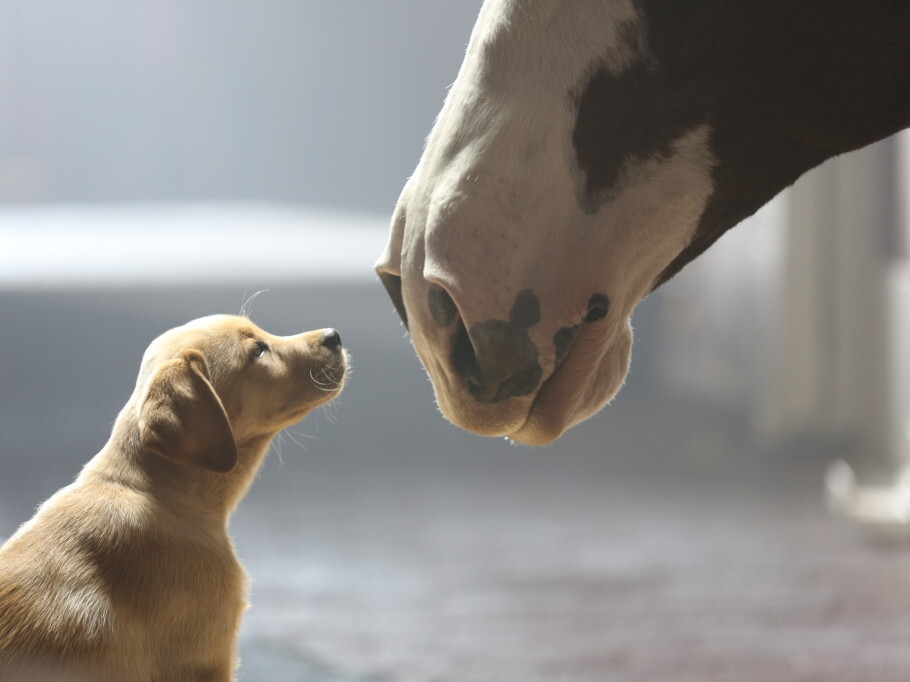 The Super Bowl sure didn't live up to expectations. Pigskin prognosticators told us it would be a close game between the NFL's two best teams.

Instead, Seattle won a 43-8 laugher. Denver was never really in it.

The other big story of every Super Bowl, though, turned out just as experts predicted it would.

"Never mind that it aired with just two minutes left in a dog of a game," USA Today writes, the ad "about a spunky puppy who is adopted but keeps coming back home to the Clydesdale horse it loves" scored highest with the newspaper's online audience of 6,272 voters.

The commercial, which Budweiser had put online last week, had been a pregame favorite to win viewers' hearts. After all, a similar spot won last year's Ad Meter.

Other ads that scored well with USA Today's panelists:

As for the trend this year, The New York Times says that unlike in other recent years when many of the ads were edgy, "most of the commercials that Fox broadcast nationally during Super Bowl XLVIII on Sunday sought to invoke fuzzy feelings that would warm the cockles of consumer hearts, if not MetLife Stadium. The television and social media audiences were exhorted repeatedly to forget their troubles and put on a smiley face."

If you're looking for recaps of the game: