Accessibility links
Al-Qaida Says It Has No Ties With One Syrian Rebel Force : The Two-Way In a message posted on jihadist websites, al-Qaida leader Ayman al-Zawahiri distances the terrorist network from one of the groups fighting in Syria. There have been rebel vs. rebel clashes there. 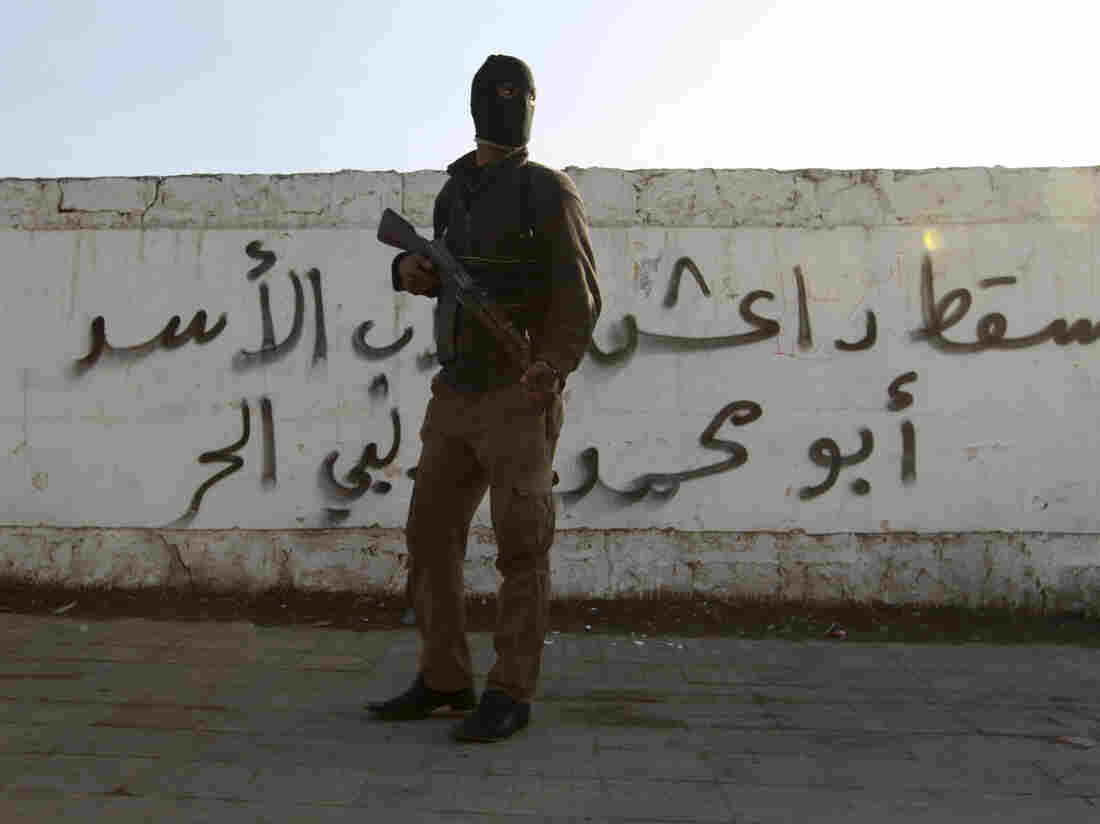 In January, this Free Syrian Army fighter stood in front of graffiti in Aleppo that read, roughly, "down with the Islamic State of Iraq and the Levant." On Monday, al-Qaida's leadership said it has no ties with that jihadist group. Jalal Alhalabi /Reuters/Landov hide caption 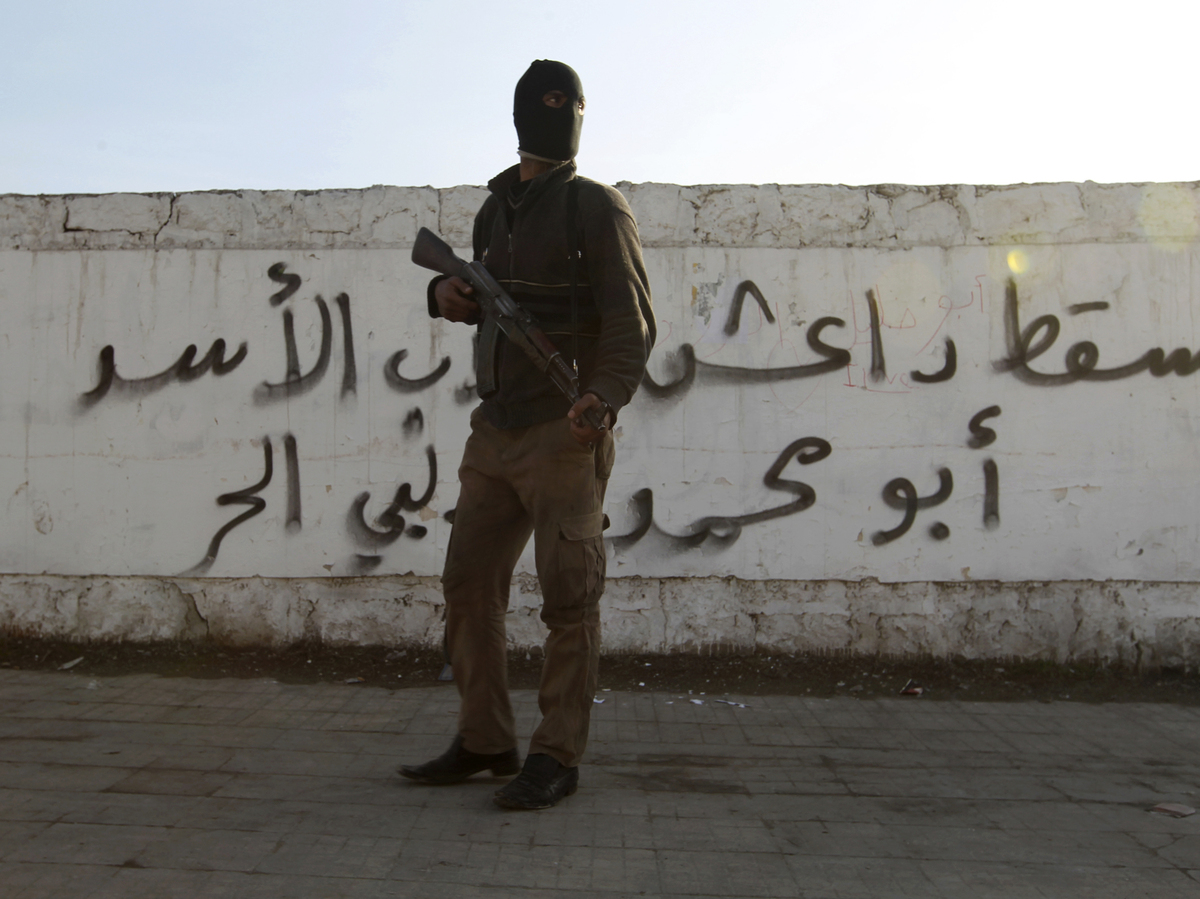 In January, this Free Syrian Army fighter stood in front of graffiti in Aleppo that read, roughly, "down with the Islamic State of Iraq and the Levant." On Monday, al-Qaida's leadership said it has no ties with that jihadist group.

In a statement posted Monday on websites where other messages from the terrorist network have appeared, al-Qaida's leadership reportedly denies it has any ties with one of the Islamist fighting groups that has joined the battle for control in Syria.

Reuters begins its report this way:

"Al Qaeda's general command said on Monday it had no links with the Islamic State in Iraq and the Levant (ISIL), in an apparent attempt to reassert its authority over fragmented Islamist fighters in Syria's civil war."

"Al Qaeda says it is severing all ties with one of its purported branches fighting in Syria and that it is distancing itself from the rebel infighting in the civil war."

"Al-Qaida's leader, Ayman al-Zawahiri, issued a stern statement. ... In the audio message Zawahiri says that al-Qaida was not informed about the [group's] creation and ordered it to stop its activities. It is a firmer version of similar declarations made last year.

"Zawahiri's complaints about the group seem to be the same as the ones many Iraqis and Syrians have — that it has set up mini-Islamic states, and imposed harsh rules on the local population."

There's also this: The group "has fought battles with other Islamist insurgents and secular rebel groups, often triggered by disputes over authority and territory," Reuters notes. "The internecine fighting — some of the bloodiest in the war so far — has undermined the uprising against [President Bashar] Assad and dismayed Western powers pushing for peace talks between the government and opposition."

As we've previously reported, though al-Qaida is often described as a loosely knit terrorist network, its leadership does try to assert some central control — even to the point of demanding receipts for expenses.