Accessibility links
CVS To Stop Selling Tobacco Products : The Two-Way The company's 7,600 pharmacies will remove cigarettes and other tobacco products from their shelves by Oct. 1. The decision should "help people on their path to better health," says CVS CEO Larry Merlo. 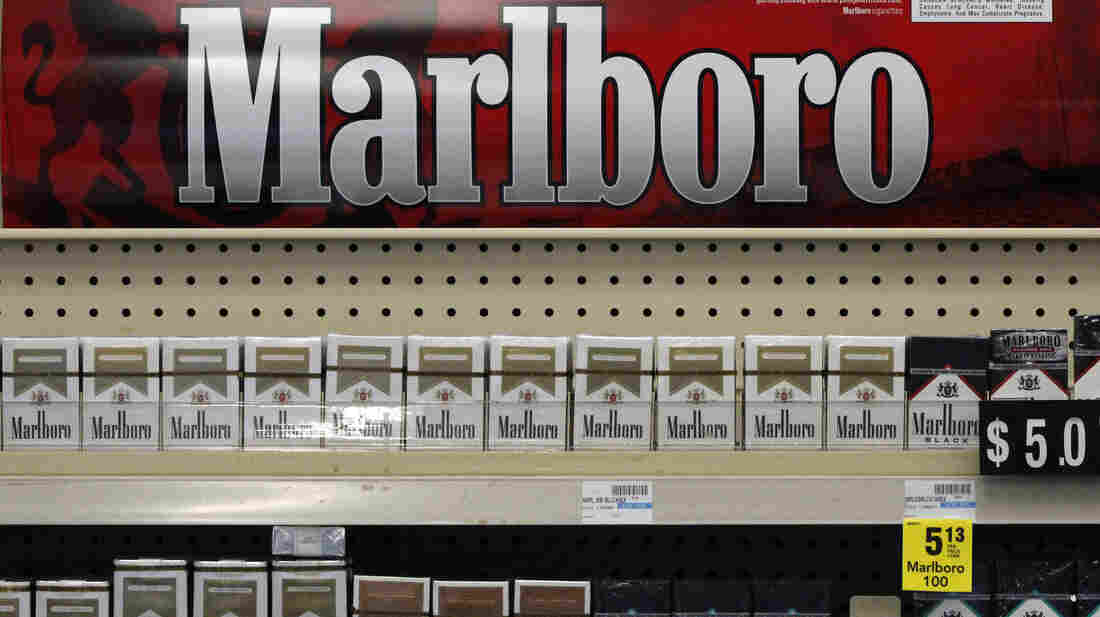 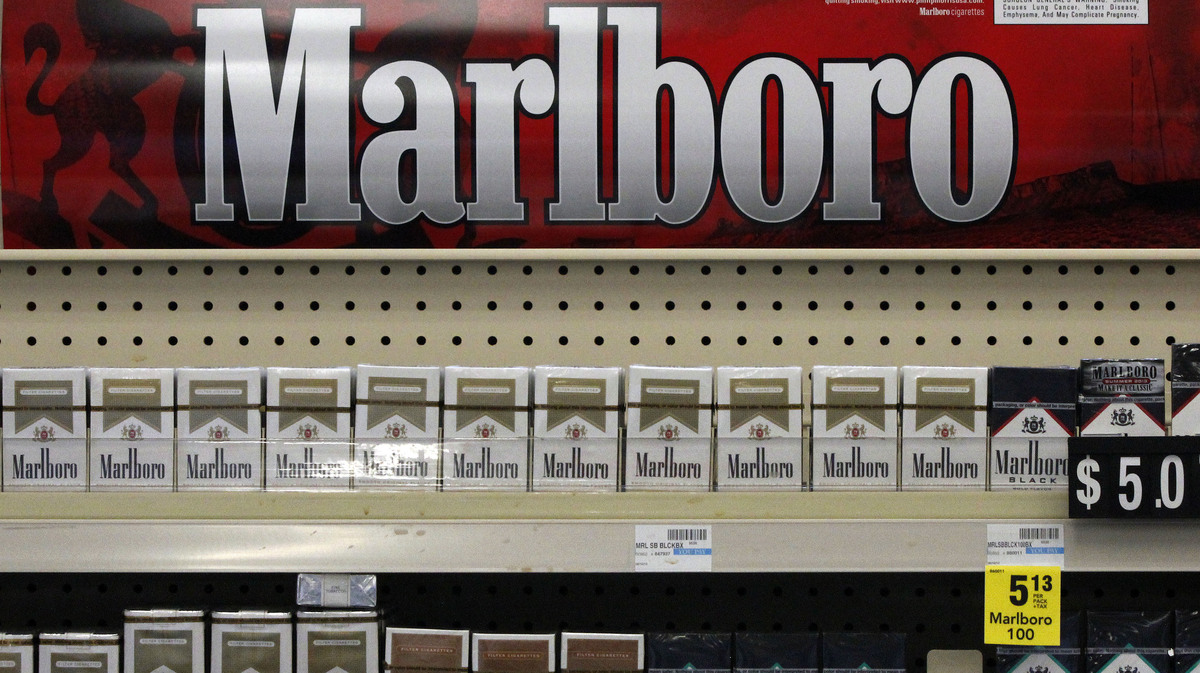 Soon to be gone: Marlboro cigarettes on display at a CVS store in Pittsburgh last July.

Saying it is "the right thing for us to do for our customers and our company to help people on their path to better health," the CEO of CVS Caremark announced Wednesday that the company's 7,600 pharmacies will stop selling cigarettes and tobacco products by Oct. 1.

Larry Merlo also said CVS will try to help those who want to quit smoking with a "robust national smoking cessation program" at its locations.

CVS says the decision will trim about $2 billion in annual revenue — out of what Forbes reports is $125 billion in sales each year. But as Forbes adds, Merlo believes that "continuing to sell cigarettes, which the Surgeon General blames for 480,000 deaths every year from heart disease, lung cancer, and stroke, was anathema to CVS' long-term plan to become a central player in the U.S. health care system."

And as NPR's Yuki Noguchi tells Morning Edition, the pharmacy industry is changing.

"Drug stores aren't just filling prescriptions these days," she says. "A lot of drug stores are marketing themselves as wellness centers, and many, including CVS, are running health care centers and partnering with hospitals. So the company has come to the conclusion that selling cigarettes conflicts with these changes."

The news has already won praise from President Obama. Shortly after the announcement from CVS (which had been expected), the White House released a statement from the president which says, in part:

"As one of the largest retailers and pharmacies in America, CVS Caremark sets a powerful example, and today's decision will help advance my administration's efforts to reduce tobacco-related deaths, cancer, and heart disease, as well as bring down health care costs — ultimately saving lives and protecting untold numbers of families from pain and heartbreak for years to come."

CVS operates the nation's second-largest chain of drugstores. Walgreens has 8,200 pharmacies. Twitter is already buzzing with comments about whether that chain also will stop selling cigarettes. Reuters says that shortly after the CVS announcement, Walgreens issued a statement saying "we will continue to evaluate the choice of products our customers want."

Larry Merlo, the CEO of CVS Caremark, tells All Things Considered's Audie Cornish that the sale of cigarettes and other tobacco products account for three percent of the company's profit.

"This decision is about much more than that," he said. "It's about where we're headed as an organization, where we expect to be in the future as a health care company."

Merlo said that as the company transitioned into a health care provider — hiring nurses and opening clinics, for example — it became clear to them that selling tobacco products was an "absolute contradiction [to] delivering healthcare in a retail environment."

Audie asked him if that was the case, why not stop selling sugary foods or those high in sodium.

Merlo said that was a good point, but any dietician will tell you that eating those foods in moderation is OK. The same, he said, can not be said of cigarettes.

"CVS's move is expected to put pressure on its main rivals — Walgreen, Rite Aid Corp. and even Wal-Mart Stores to adopt similar measures," The Wall Street Journal write. "Each of those competitors, like CVS, is wooing sick patients with the promise they could help them better manage their health—and make sure they stay on their prescription medications. ...

"Michael Polzin, a Walgreen spokesman, said the company would continue to evaluate its sales of tobacco products. 'We have been evaluating this product category for some time to balance the choices our customers expect from us, with their ongoing health needs,' Mr. Polzin said."