Accessibility links
Sniper Attack On Calif. Power Station Raises Terrorism Fears : The Two-Way Last April in San Jose, transformers were knocked out at a power station when one or more snipers fired at least 100 rounds into them. Investigators say they don't believe it was an act of terrorism, but other experts disagree. 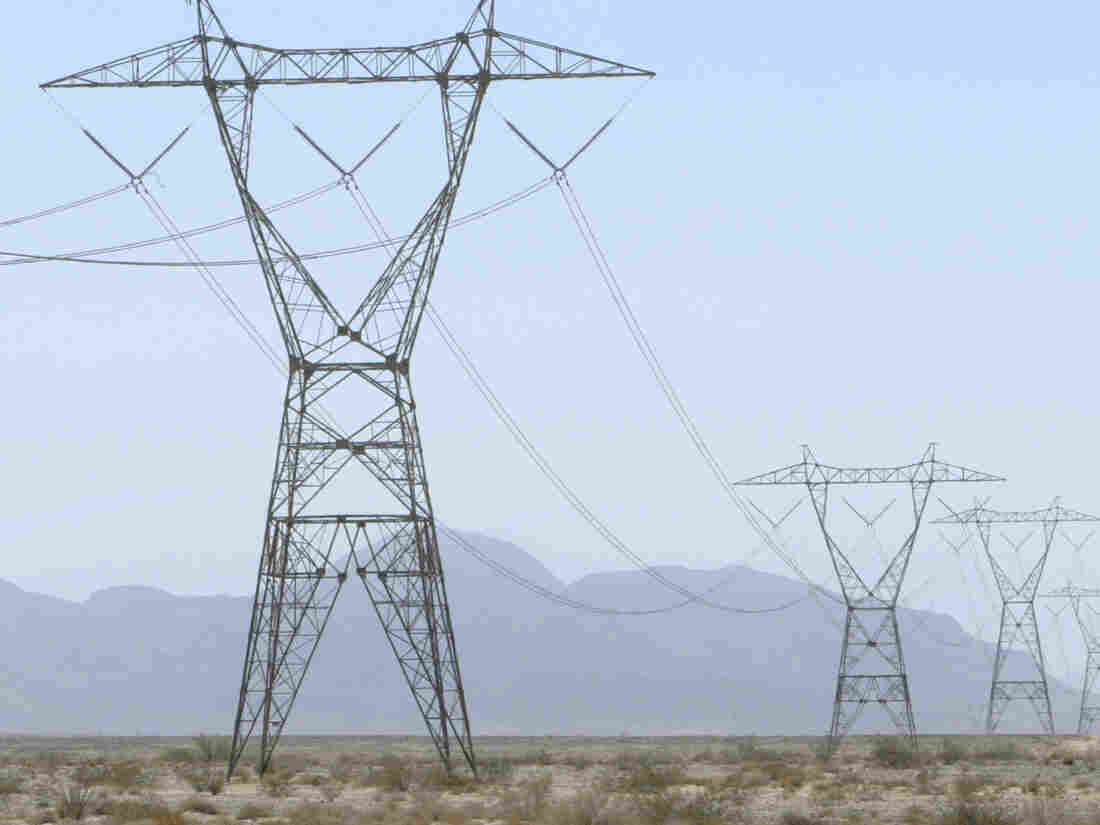 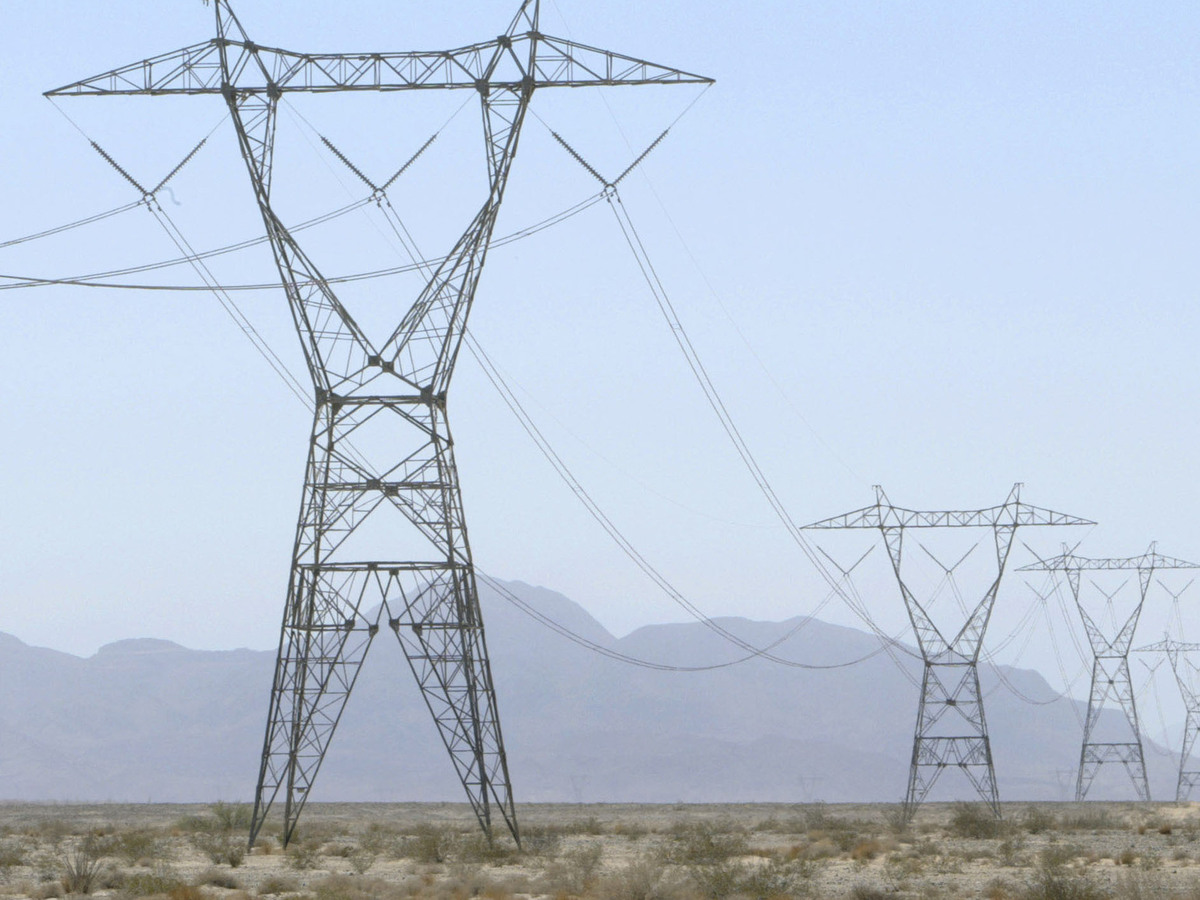 Was an attack last April on an electric power station near San Jose, Calif., the work of vandals or something far more dangerous — domestic terrorism or a trial run by an individual or organization bent on damaging the nation's electric grid?

The Wall Street Journal, picking up from an earlier report by Foreign Policy magazine, explores that question Wednesday in a long account about what happened at PG&E Corp.'s Metcalf transmission substation — an event that has received relatively little attention until now.

The top of the Journal's story grabs your attention:

"The attack began just before 1 a.m. on April 16 last year, when someone slipped into an underground vault not far from a busy freeway and cut telephone cables.

"Within half an hour, snipers opened fire on a nearby electrical substation. Shooting for 19 minutes, they surgically knocked out 17 giant transformers that funnel power to Silicon Valley. A minute before a police car arrived, the shooters disappeared into the night.

"To avoid a blackout, electric-grid officials rerouted power around the site and asked power plants in Silicon Valley to produce more electricity. But it took utility workers 27 days to make repairs and bring the substation back to life."

According to Foreign Policy, which was less definitive about whether the attack was the work of more than one person, at least 100 rounds were fired from at least one high-powered rifle.

No one has been arrested in connection with the attack.

An FBI spokesman, without going into details, tells the Journal that the agency does not believe a terrorist organization was responsible.

But, as Foreign Policy reported, a former PG&E vice president for transmission operations said at a conference last November that "these were not amateurs taking potshots."

"My personal view is that this was a dress rehearsal" for future attacks, added Mark Johnson, the former PG&E executive, according to Foreign Policy.

The Journal quotes Jon Wellinghoff — chairman of the Federal Energy Regulatory Commission at the time of the attack — as saying it was "the most significant incident of domestic terrorism involving the grid that has ever occurred" in the U.S.

Whether it was or wasn't an act of terrorism, the Journal says that "as word of the attack spread through the utility industry, some companies moved swiftly to review their security efforts. 'We're looking at things differently now,' said Michele Campanella, an FBI veteran who is director of security for Consolidated Edison Inc. in New York. For example, she said, Con Ed changed the angles of some of its 1,200 security cameras 'so we don't have any blind spots.' "

AT&T has offered a $250,000 reward for information leading to the arrest and conviction of those responsible for the damage done to its cables near the substation.

Meanwhile, there's another mysterious detail to report. According to the San Jose Mercury News, about 3:00 one morning a month after the attack, "a man dressed in all black was spotted ... in a field next to the property, setting off a large search by the Santa Clara County Sheriff's Office. ... Sheriff's deputies searched the area but did not locate the man."

Later today, All Things Considered hopes to speak with Journal reporter Rebecca Smith. We'll add the audio from that conversation after it is broadcast. Click here to find an NPR station that broadcasts or streams the show.

Update at 1:50 p.m. ET: Attackers Appeared To Know What They Were Doing:

The attack "seems to have been the work of people who knew what they were doing," the Journal's Rebecca Smith just told NPR's Audie Cornish. The evidence, Smith said, indicates that the sniper or snipers "methodically" shot at equipment that would disable the substation if damaged — but also would not explode. Then, "one minute before police arrived, they faded into the night."

Regarding the FBI's view about who's responsible, "we don't know why the FBI feels it was not a terrorist attack," she added.

As we said earlier, the conversation with Smith is due on today's broadcast of All Things Considered.

This surveillance video taken by a camera at the PG&E substation on Meltcalf Road in San Jose shows sparks flying as bullets fired toward transformers struck a fence around the property. The local sheriff's office notes that "sparks can be seen at minutes: 1:54, 2:07, 2:10, 2:57 and 3:01."