Accessibility links
MLS And Beckham Will Create A New Soccer Team In Miami : The Two-Way England's David Beckham left Major League Soccer after the L.A. Galaxy's 2012 season. His time with the Galaxy reportedly helped him purchase an expansion team at a below-market $25 million.

MLS And Beckham Will Create A New Soccer Team In Miami

MLS And Beckham Will Create A New Soccer Team In Miami 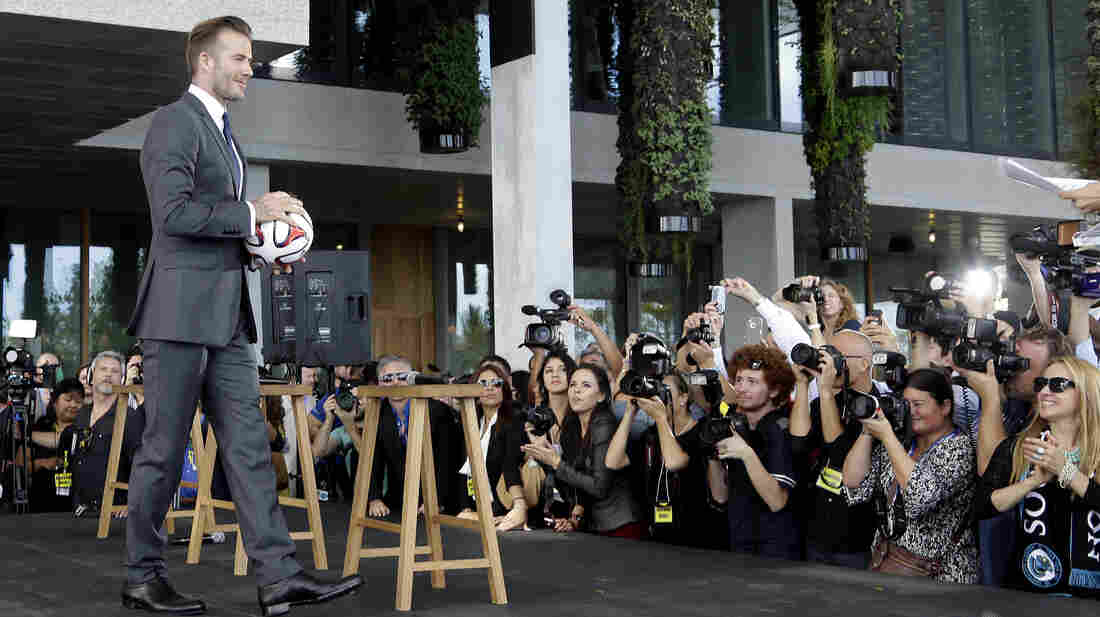 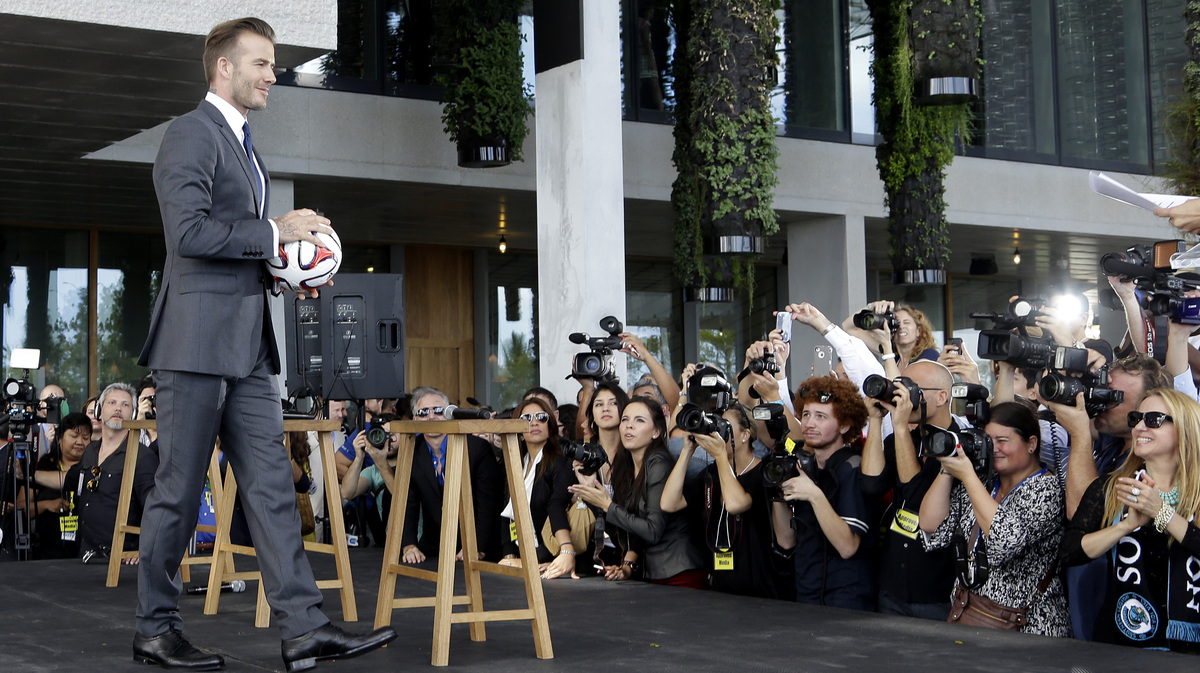 Former soccer star David Beckham holds a ball at a news conference where he announced he's exercising an option to buy a Major League Soccer expansion team in Miami.

David Beckham's career in American soccer isn't over, despite his recent retirement from the field. Beckham confirmed Wednesday that he will create a Major League Soccer expansion team in Miami. Details about the team's stadium and start date are still being worked out.

The plan for a new team comes less than a year after Beckham ended a playing career that saw stints with Manchester United, Real Madrid, the L.A. Galaxy, and the English national team. His time with the MLS's Galaxy helped him purchase an expansion team at a below-market $25 million, The Miami Herald reports.

In announcing his plan to bring pro soccer back to a city that lost the Miami Fusion in 2002, Beckham had this to say, according to CNN:

"I know this city is ready for soccer, football, and this is going to be successful.

"I know there was a team 10 years ago which folded. I wanted to create a team that can be very personal.

"I want to make it my own team. We are very excited, Miami is a vibrant city with a lot of passion. I am looking forward to spending a lot more time and my family being here."

For a taste of today's unveiling event, we turn to the Herald:

"The event took place on the outdoor patio of the new Pérez Art Museum Miami, which not coincidentally has an unobstructed view of the southwest corner of the seaport. That's where Beckham's group, Miami Beckham United, would like to build a privately funded stadium on publicly owned land. The group has hired a Tallahassee lobbyist to seek a state sales-tax rebate that has been awarded to other sports teams in the past."

Other locations are also possible. The team could begin play in the next two to three years, the Herald says.

But the newspaper also warns, "Fans here are notoriously flaky — not even the National Basketball Association champion Miami Heat sell out all its games."