Accessibility links
No Jail For Teen With 'Affluenza' Who Killed 4 In Crash : The Two-Way The 16-year-old was legally drunk last June when he lost control of the truck he was driving. The crash left four people dead and two others severely wounded. His attorneys argued that a coddled upbringing contributed to the boy's problems.

No Jail For Teen With 'Affluenza' Who Killed 4 In Crash

No Jail For Teen With 'Affluenza' Who Killed 4 In Crash

A Texas judge has rejected a request from prosecutors that she send a teenager to jail for driving drunk and causing a crash last year that killed four people and seriously wounded two others.

The case grabbed attention across the nation in December when the boy's attorneys argued that the 16-year-old defendant suffered from "affluenza" — effectively, that he was coddled too much by his wealthy parents, who have never held him accountable for his actions. 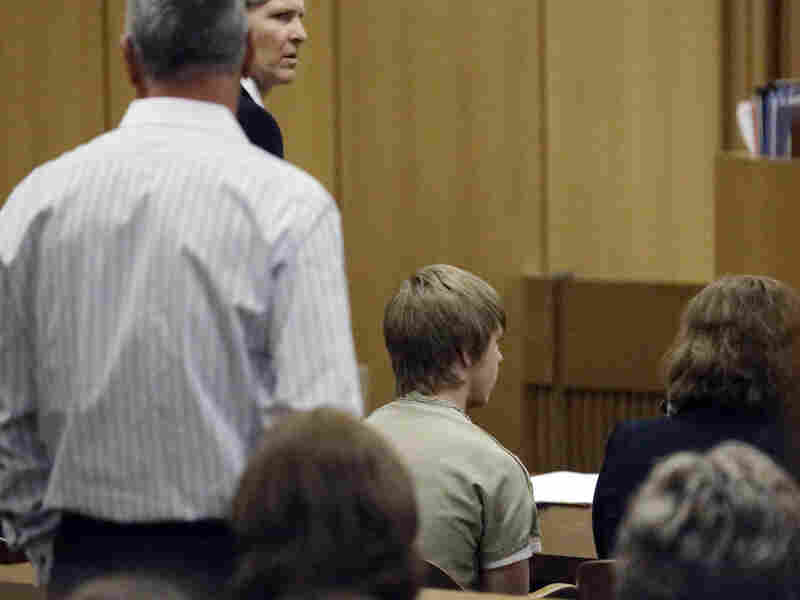 The Texas teen who was legally intoxicated last June when he caused a crash that killed four people and seriously wounded two others, was in a Fort Worth court Wednesday. Note: NPR avoids identifying minors who are prosecuted as juveniles or are victims of crimes. Other news outlets have reported his name, however. LM Otero/AP hide caption

District Judge Jean Boyd ruled then that the teen would get 10 years of probation for causing the deaths. It was conditioned on his getting long-term psychological and addiction treatment. If the terms of the probation are violated, the teen could be put in prison.

The boy's parents agreed to send him to an undisclosed rehabilitation center in California that would reportedly cost them $450,000 a year — though there was no word on exactly how long he would likely be there.

Wednesday in Houston, Judge Boyd turned down a request from prosecutors that the teen be put in prison for up to 20 years for crimes related to the severe injuries suffered in the crash by two other teens. One of those young people, the Los Angeles Times writes, "suffered a brain injury and is no longer able to move or talk."

The hearing Wednesday was closed, so not much is known at this point about the arguments made by prosecutors and the defense, or about the judge's reasoning. After the hearing, according to Reuters:

-- Reagan Wynn, one of the boy's attorneys, "praised Judge Boyd for 'making an appropriate decision in a tragic case that was distorted by the media.' "

-- "Tarrant County Assistant District Attorney Richard Alpert told reporters that the teen showed no remorse during the two-hour proceedings. Alpert added he has little confidence the rehabilitation will reform the youth's behavior."

Slate describes what happened near Fort Worth this way:

"According to police, [the teen] was going 70 miles-per-hour in his father's Ford F-350 pickup in a 40 mph zone when he lost control and started a deadly chain of collisions that claimed the lives of: 24-year-old Breanna Mitchell, whose car had broken down on the side of the road; Hollie Boyles and her 21-year-old daughter Shelby, who lived nearby and had come outside to help Mitchell; and Brian Jennings, a youth pastor who was also playing the role of good Samaritan. Two of the seven passengers riding in [the] truck were also seriously injured."

Reuters adds that "the teenager had a blood alcohol count that was three times the legal limit for an adult, prosecutors said."

Note: As we've said before, we're aware we didn't name the teen. In general, NPR avoids identifying minors who are prosecuted as juveniles or are victims of crimes. We are also aware that other news outlets have named him and that it will be easy to find out who he is if you wish.