Accessibility links
Boehner Casts Doubt On Prospects For Immigration Overhaul : The Two-Way The House speaker said there was a trust deficit between the GOP and President Obama, so immigration overhaul would be a "difficult" issue to move on this year. 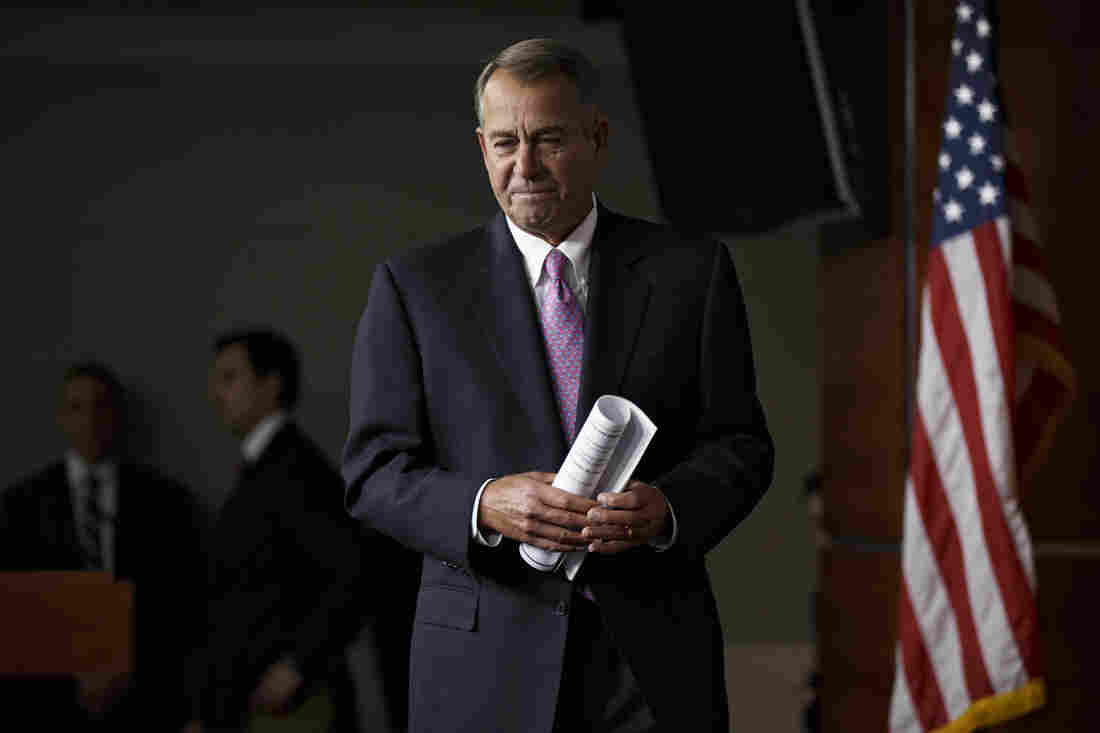 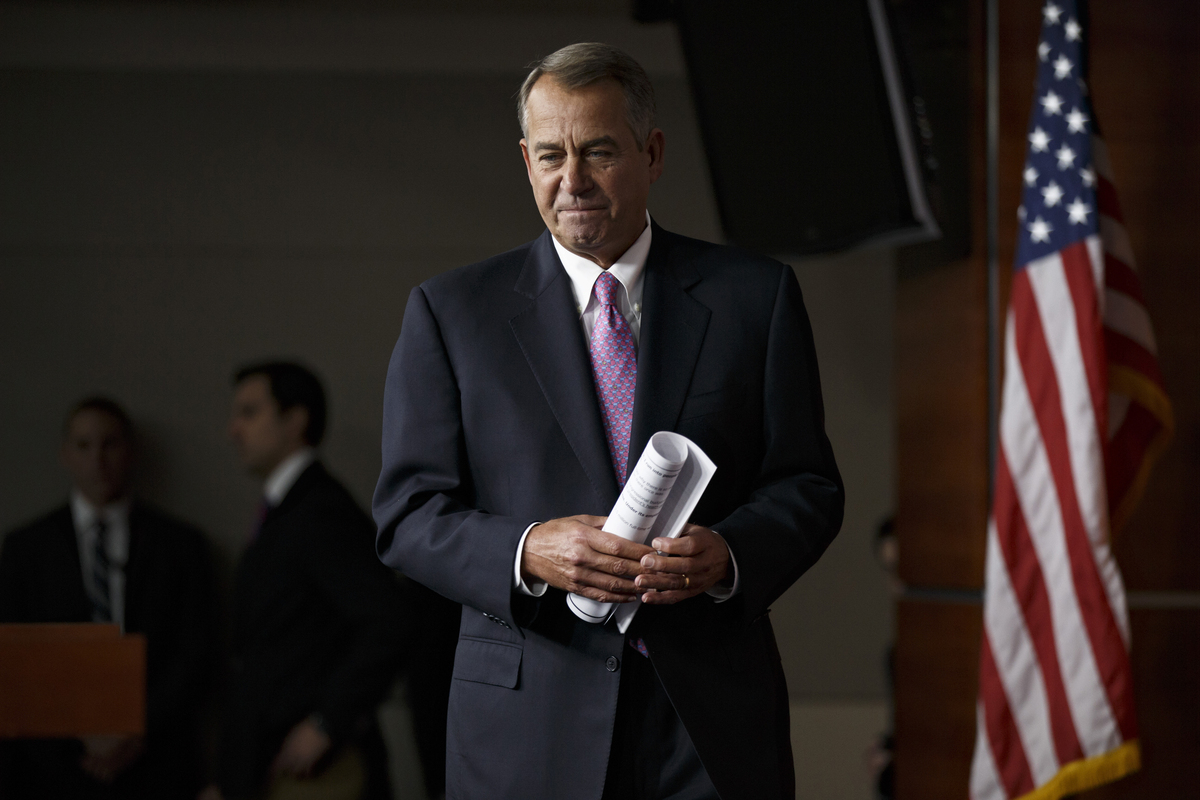 House Speaker John Boehner of Ohio arrives for a news conference on Capitol Hill in Washington, on Thursday.

Speaker of the House John Boehner seemed to throw cold water on bipartisan hopes for a law overhauling the country's immigration system this year.

"This is an important issue in our country," Boehner acknowledged in a press conference on Thursday. "It's been kicked around forever, and it needs to be dealt with."

Then the Ohio Republican delivered a big, resounding but. He said he "never underestimated the difficulty of moving forward this year." And he issued an ultimatum of sorts.

President Obama, he said, can't be trusted. He's changed the "health care law on a whim," so how can Boehner's caucus be assured that a new immigration law "will be implemented as it was intended to be"?

"Listen, there's widespread doubt about whether this administration can be trusted to enforce our laws," Boehner added. "It's going to be difficult to move any immigration legislation until that changes."

Of course, this comes after Boehner and top Republicans signaled they were ready to work on immigration reform this year.

Just after Obama issued a call to get immigration reform "done this year" during his State of the Union address, House Republican Conference Chairman Cathy McMorris Rodgers, R-Wash., said during the official GOP rebuttal that it was "time to honor our history of legal immigration."

"We're working on a step-by-step solution to immigration reform by first securing our borders and making sure America will always attract the best, brightest, and hardest working from around the world," McMorris said.

Boehner's assessment also came just a week after Republicans released a set of principles they would use to approach immigration overhaul.

As we reported, those principles were met with strong opposition from conservatives. The National Review, for example, told Boehner simply, "Don't Do It." And many pundits warned that bringing up immigration overhaul would lead to a civil war among Republicans and could cost Boehner his speakership.