Accessibility links
Panama Canal Expansion Suspended Over Cost-Overrun Dispute : The Two-Way A Spanish-led consortium working to build a new lock system to accommodate larger ships says it will stop work until a deal is reached. 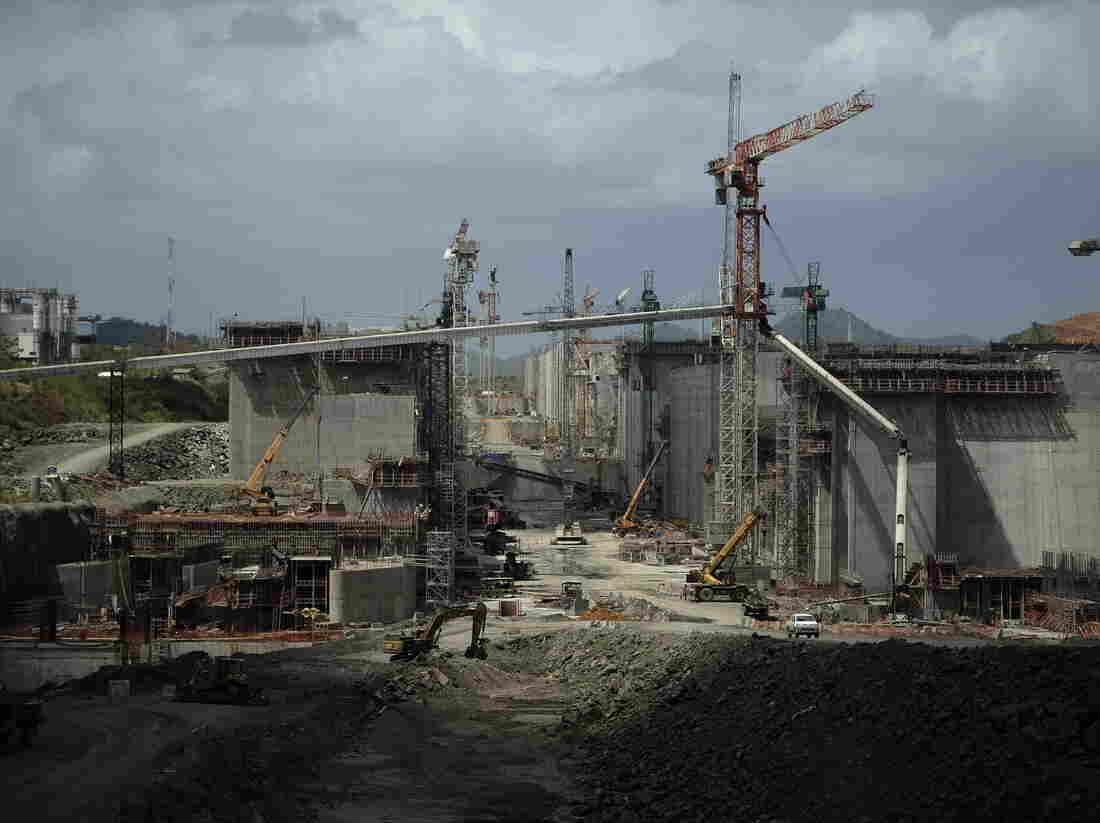 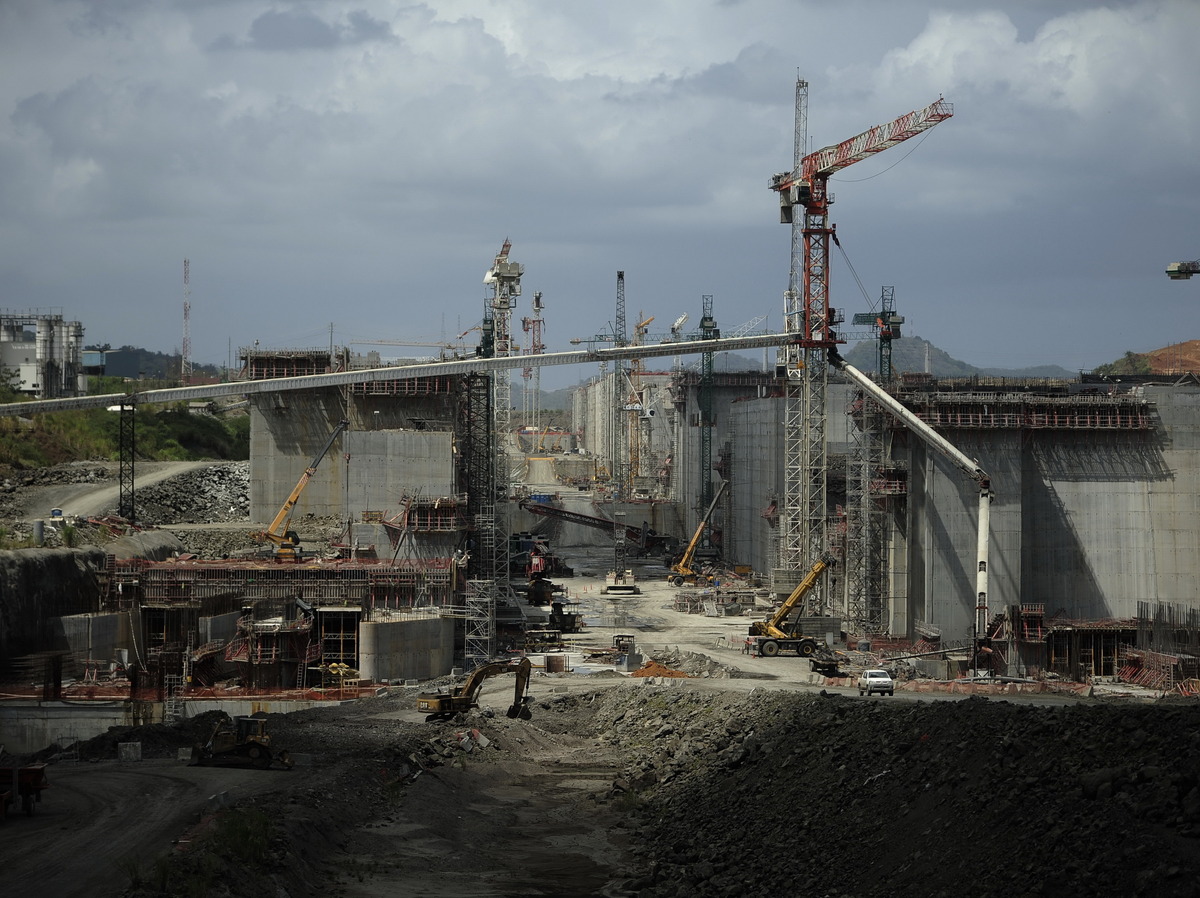 The stalled expansion project of the Panama Canal in Panama City on Thursday.

A Spanish-led consortium charged with a multibillion-dollar expansion of the Panama Canal lock system has halted work after a disagreement over massive cost overruns in the project.

The BBC says the consortium, known as Grupo Unido por el Canal (GUPC), announced that work had been stopped because it's owed $1.6 billion for a project to build a third set of locks designed to handle bigger ships than can currently fit through the canal. The original price tag was set at $3.2 billion.

"While awaiting an agreement to enable the finalisation of construction, work has been suspended on the project," the consortium said in a statement.

"The GUPC says the Canal Authority has also failed to pay an outstanding $50m bill, which would allow the companies to carry on the work in the short term.

"But the consortium said it would 'continue the efforts to find a joint solution and reach an agreement with the ACP.' "

As we reported at the time, the consortium issued its first threat to stop work in January. However, talks between Panamanian President Ricardo Martinelli and Spain's Public Works Minister Ana Pastor spurred hope of resolving the issue and keeping the project on track for a scheduled 2015 completion date.

Reuters says GUPC and the Canal Authority have made new proposals aimed at reviving the project:

"Grupo Unidos Por El Canal (GUPC), led by Spanish builder Sacyr, said it was pushing for a settlement with the Panama Canal Authority (PCA) to resume the work, which would double the capacity of the century-old waterway.

"It declined to comment on the details of the proposal it sent on Thursday to the [Panama Canal Authority].

"The Canal Authority said it had sent the consortium a counterproposal based 'on the parties contributing financial resources to resume work as soon as possible.' "