Accessibility links
Bangladesh Factory Owners Surrender In 2012 Fire That Killed 112 : The Two-Way The deaths in the fire at the Tazreen Fashions factory, which supplied U.S. and European retailers, were blamed on blocked exits and managers who prevented workers from escaping. 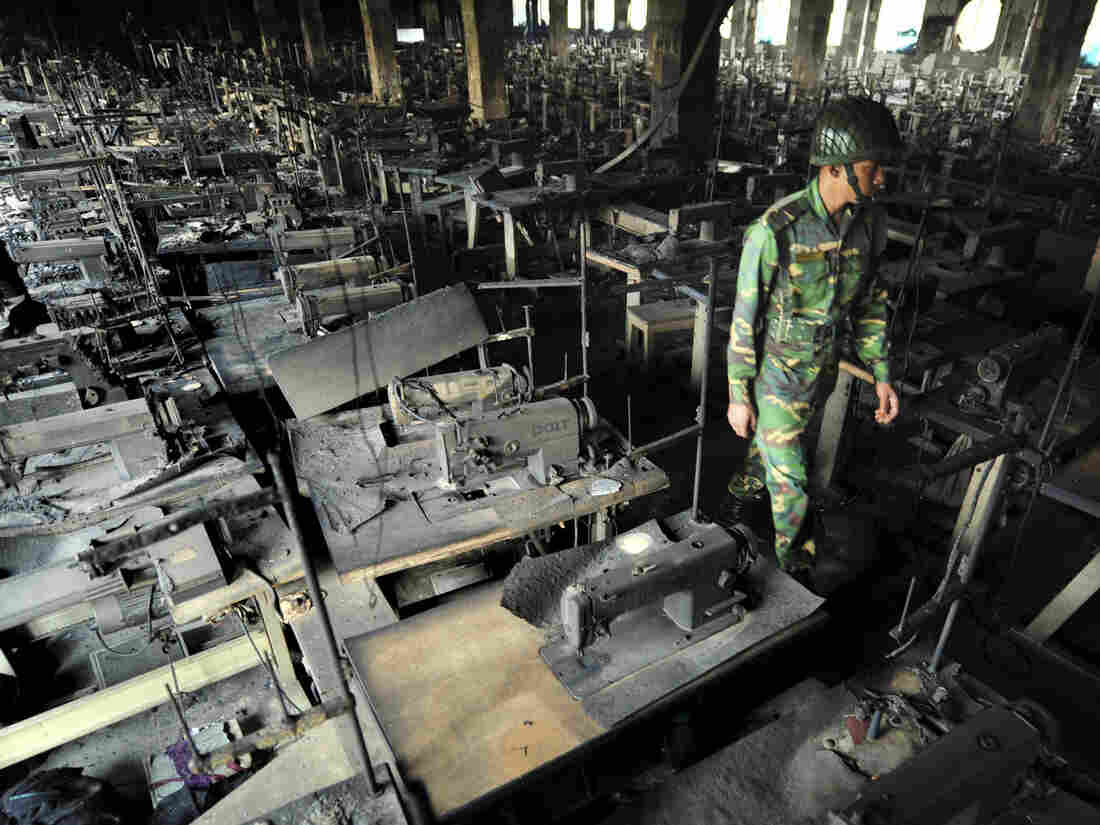 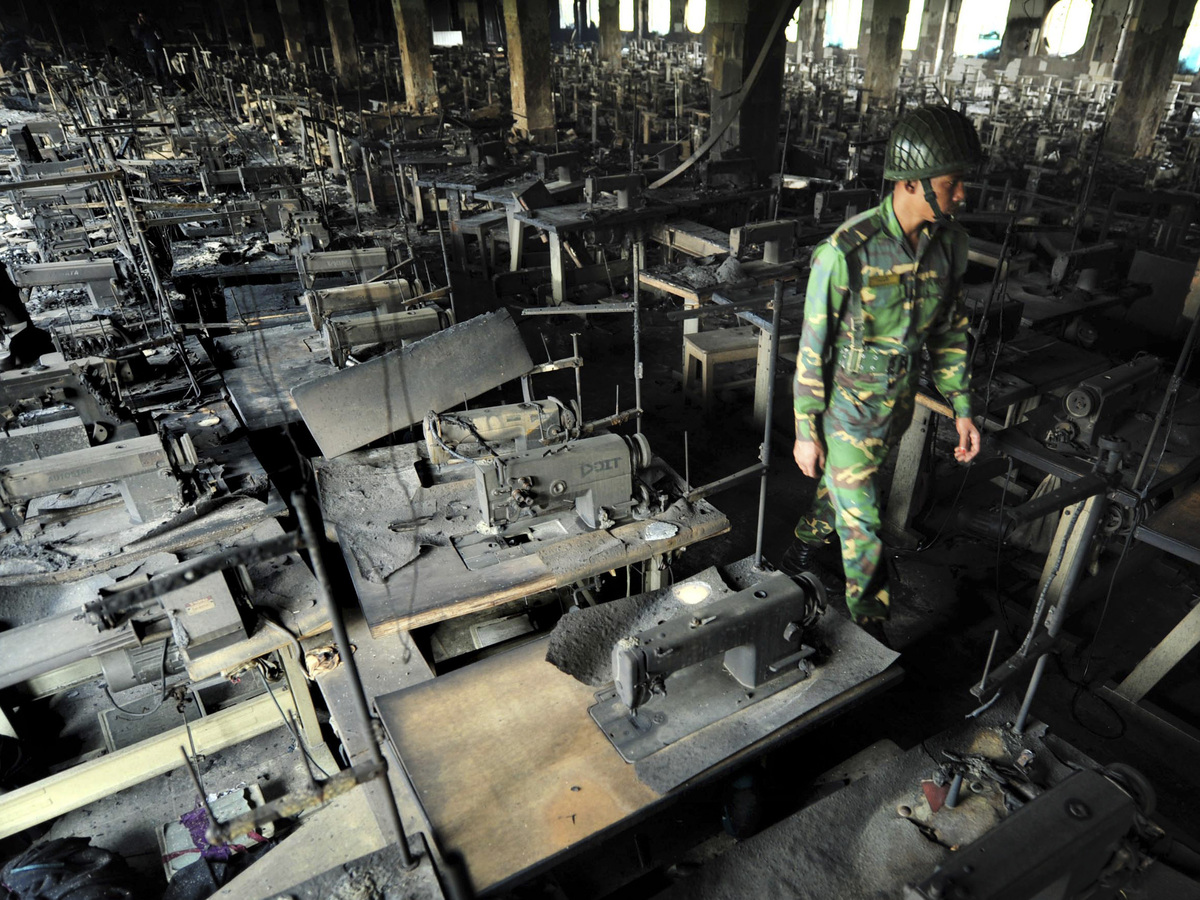 A Bangladeshi police officer walks between rows of burned sewing machines in the Tazreen Fashions garment factory outside Dhaka, Bangladesh, in Nov. 2012.

The owners of a Bangladesh garment factory that caught fire in 2012, killing 112 workers, have surrendered to police to face homicide charges.

Delwar Hossain and his wife, Mahmuda Akter, were charged in December but remained free until their surrender on Sunday. The couple were denied bail. If found guilty, they face a maximum sentence of life in prison.

The Tazreen Fashions factory, which produced clothing for retail giants such as Wal-Mart, lacked emergency exits and other safety measures.

As we reported soon after the deadly blaze in November 2012, three managers who allegedly prevented workers from fleeing the burning factory were arrested, but the owners had remained free.

The fire sparked anger and protest in Bangladesh.

"The investigation found that when the fire broke out, managers and security guards told workers it was part of a regular drill and it was too late for many to escape. Workers found the gates locked from outside as the fire engulfed the sprawling building, according to the investigation.

"... Arrest warrants were issued Dec. 31 for six who police said had fled, including the two owners.

"After Hossain and Akter surrendered Sunday, a Dhaka court rejected their bail petition and ordered them to be jailed, pending further legal procedures."

Bangladesh has been plagued by fires and collapses of sweatshop-type factories that supply large U.S. and European retail chains.

Last year, the collapse of a factory in Savar, Bangladesh, killed 1,134 people. Shortly after that disaster, Walt Disney Co. decided to end its apparel production in Bangladesh, but Wal-Mart said it would continue to source its garments there.