Accessibility links
Apple Steps Up The Pressure On 'Conflict Minerals' : The Two-Way The maker of the iPhone has announced that its suppliers are no longer using the mineral tantalum sourced from conflict regions. Apple says it is listing all of its smelters and refiners and the status of the minerals they use.

Apple Steps Up The Pressure On 'Conflict Minerals'

Apple Steps Up The Pressure On 'Conflict Minerals' 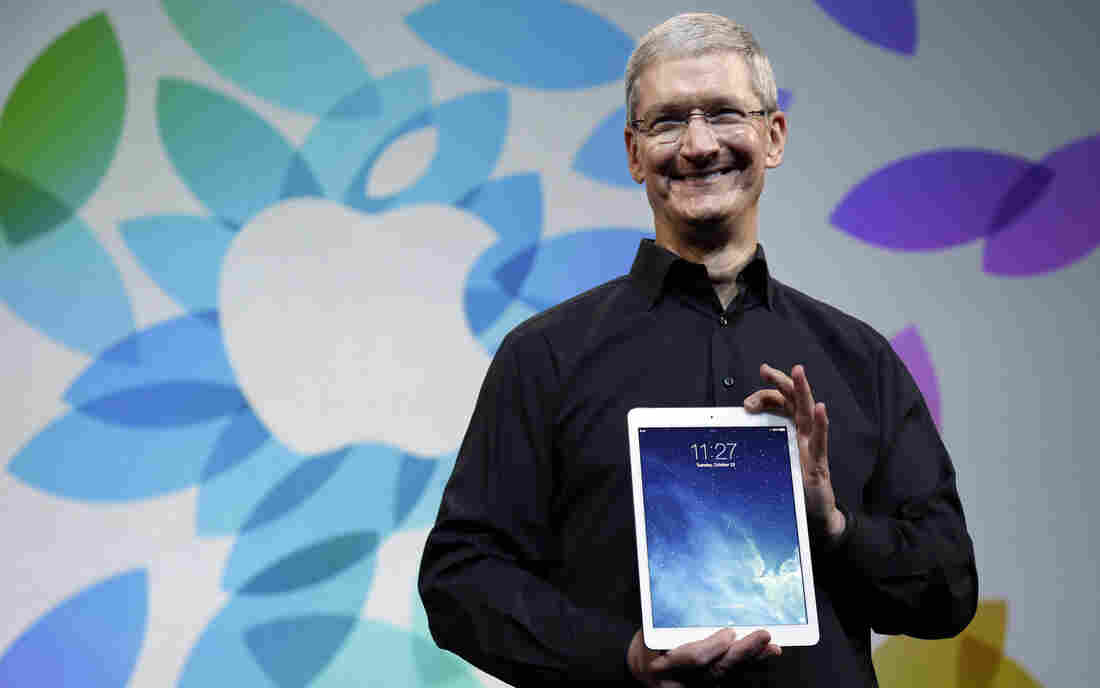 Apple CEO Tim Cook introduced the iPad Air in October 2013. The company says it is publicizing the names of suppliers that are still sourcing minerals from conflict regions. Marcio Jose Sanchez/AP hide caption

Apple has announced that its suppliers are no longer using the mineral tantalum sourced from conflict regions.

Tantalum, tin, tungsten and gold are among the minerals used to make electronics, and questions about their origins have become a controversial issue because, as The Wall Street Journal reports, "minerals from some of the mines in and around the Democratic Republic of the Congo are blamed for paying for the fighting in the region."

Apple acknowledged as much in its annual Supplier Responsibility Progress Report, which was published Wednesday:

"The ethical sourcing of minerals is an important part of our mission to ensure safe and fair working conditions. In January 2014 we confirmed that all active, identified tantalum smelters in our supply chain were verified as conflict-free by third party auditors, and we're pushing our suppliers of tin, tungsten, and gold just as hard to use verified sources. To heighten smelter accountability and help stakeholders follow our progress, we are releasing, for the first time, a list of the smelters and refiners in our supply chain along with their verification status."

That means Apple is publicizing the names of suppliers that are still sourcing minerals from conflict regions.

Jeff Williams, Apple's senior vice president of operations, told the Financial Times this week that the company could have just channeled its demand for the minerals through a couple of verified smelters. But, he added, "quite honestly, if we did that, we could wave our conflict-free flag but it would do nothing to affect the workers on the ground. And so what we are focused on is getting a critical mass of suppliers verified such that we can truly influence the demand situation and change things."

Here's more from the Financial Times:

"Under the new Dodd Frank regulations, certain US companies are required to provide information to the Securities and Exchange Commission about their conflict mineral usage before a May deadline.

"A report by research group IHS in 2012 found that only 11.3 per cent of electronics component manufacturers provided such data but companies such as Samsung and LG have recently stepped up their efforts to detail sourcing. Last month, Intel said that it was manufacturing the first microprocessors with validated conflict-free gold, tin, tantalum and tungsten."