Accessibility links
U.N. Report Details North Korea's 'Crimes Against Humanity' : The Two-Way In blunt language that supports what the outside world has feared for decades, the U.N. High Commissioner for Human Rights says that "the gravity, scale and nature of these violations reveal a state that does not have any parallel in the contemporary world." 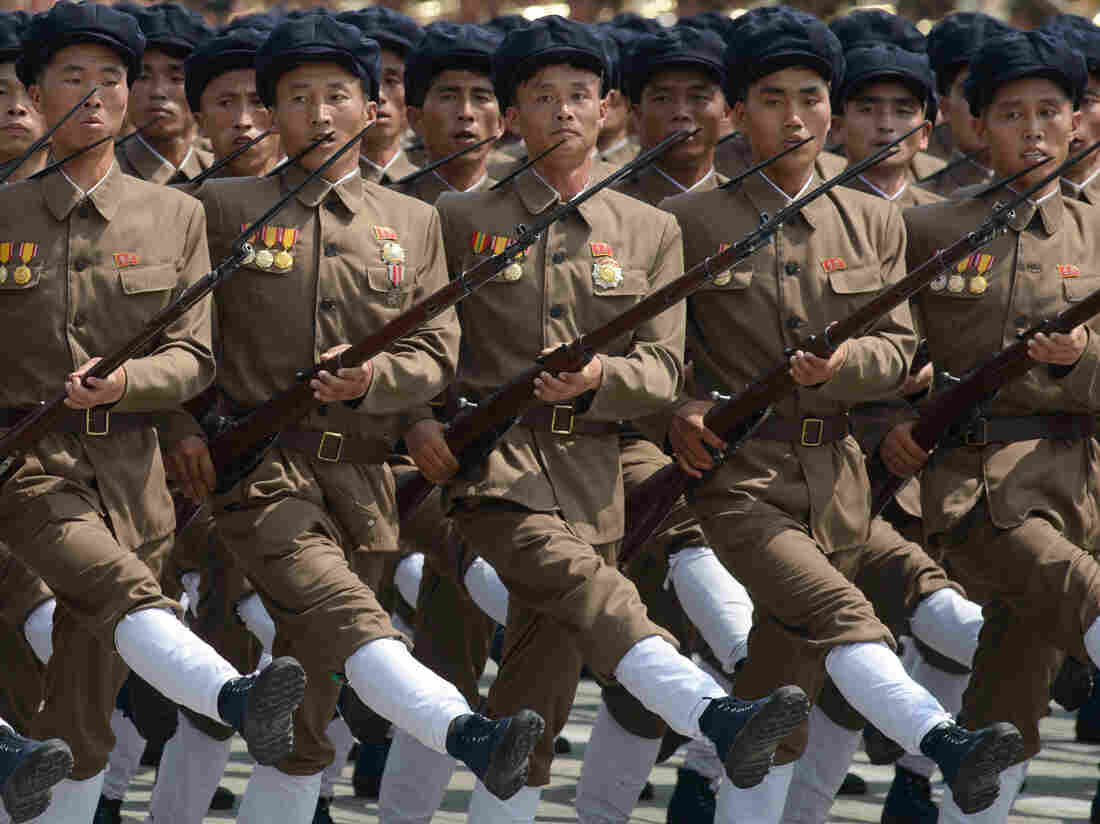 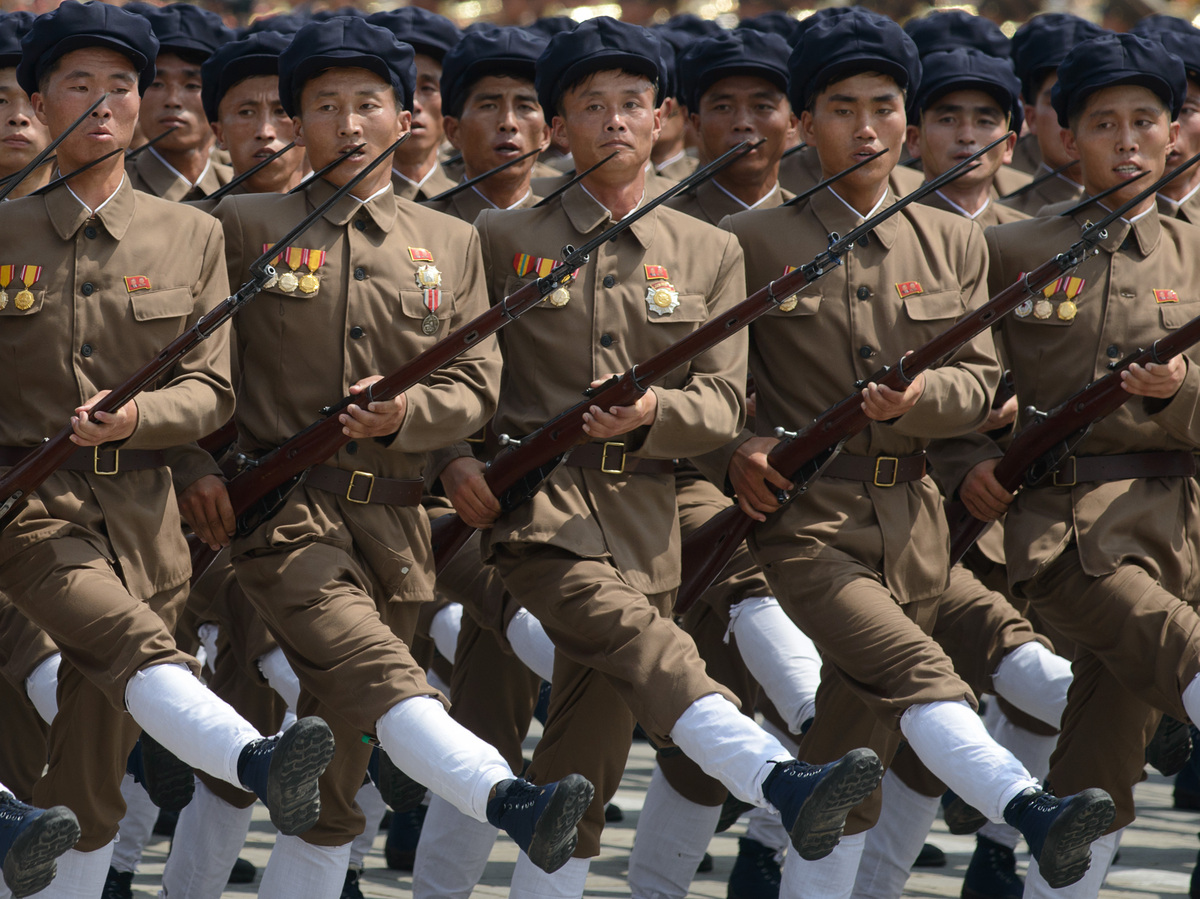 "Systematic, widespread and gross human rights violations have been and are being committed" by the leaders of North Korea against their own people, the U.N.'s Office of the High Commissioner for Human Rights declared Monday in a report that goes on to accuse that nation's communist regime of "crimes against humanity."

According to U.N. investigators, "the gravity, scale and nature of these violations reveal a state that does not have any parallel in the contemporary world." They conclude, for example, that "hundreds of thousands of political prisoners have perished" in prison camps over the past five decades.

The High Commissioner's report calls on the U.N. Security Council to "refer the situation in the Democratic People's Republic of Korea to the International Criminal Court."

"The United Nations must ensure that those most responsible for the crimes against humanity committed in the Democratic People's Republic of Korea are held accountable," the report concludes.

But as NPR's Anthony Kuhn tells our Newscast Desk, few observers believe the report will change much inside North Korea, where the leadership denies any wrongdoing.

The commission says it based its conclusions on "first-hand testimony" from victims, witnesses and experts. Its investigators "conducted more than 240 confidential interviews with victims and other witnesses." In language that supports what the outside world has believed for decades, the report reaches the following conclusions:

-- Indoctrination. The North Korean government "operates an all-encompassing indoctrination machine that takes root from childhood to propagate an official personality cult and to manufacture absolute obedience to the supreme leader (Suryong), effectively to the exclusion of any thought independent of official ideology and state propaganda."

-- Isolation. "Systems of indoctrination and discrimination on the basis of social class are reinforced and safeguarded by a policy of isolating citizens from contact with each other and with the outside world, violating all aspects of the right to freedom of movement."

-- Starvation. "The commission found evidence of systematic, widespread and grave violations of the right to food in the Democratic People's Republic of Korea. While acknowledging the impact of factors beyond state control over the food situation, the commission finds that decisions, actions and omissions by the state and its leadership caused the death of at least hundreds of thousands of people and inflicted permanent physical and psychological injuries on those who survived."

-- Torture. "The use of torture is an established feature of the interrogation process in the Democratic People's Republic of Korea, especially in cases involving political crimes. Starvation and other inhumane conditions of detention are deliberately imposed on suspects to increase the pressure on them to confess and to incriminate other persons."

-- Prison Camps. "Persons who are found to have engaged in major political crimes are 'disappeared,' without trial or judicial order, to political prison camps (kwanliso). There, they are incarcerated and held incommunicado. ... In the political prison camps of the Democratic People's Republic of Korea, the inmate population has been gradually eliminated through deliberate starvation, forced labor, executions, torture, rape and the denial of reproductive rights enforced through punishment, forced abortion and infanticide. The commission estimates that hundreds of thousands of political prisoners have perished in these camps over the past five decades."

-- Executions. "As a matter of state policy, the authorities carry out executions, with or without trial, publicly or secretly, in response to political and other crimes that are often not among the most serious crimes. The policy of regularly carrying out public executions serves to instil fear in the general population."

-- Disappearances. "Well over 200,000 persons, including children, who were brought from other countries to the Democratic People's Republic of Korea may have become victims of enforced disappearance, as defined in the Declaration on the Protection of All Persons from Enforced Disappearance."

-- It's Ongoing. "Crimes against humanity entail extermination, murder, enslavement, torture, imprisonment, rape, forced abortions and other sexual violence, persecution on political, religious, racial and gender grounds, the forcible transfer of populations, the enforced disappearance of persons and the inhumane act of knowingly causing prolonged starvation. The commission further finds that crimes against humanity are ongoing in the Democratic People's Republic of Korea because the policies, institutions and patterns of impunity that lie at their heart remain in place."