Accessibility links
Before Northeast Thaws, Thundersnow Will Roll Through : The Two-Way Weeks of frigid temperatures and snowstorms will give way to warmer weather this week. But first, there's one more round of snow coming through. It's expected to be accompanied by thunder and lightning.

Before Northeast Thaws, Thundersnow Will Roll Through

Before Northeast Thaws, Thundersnow Will Roll Through 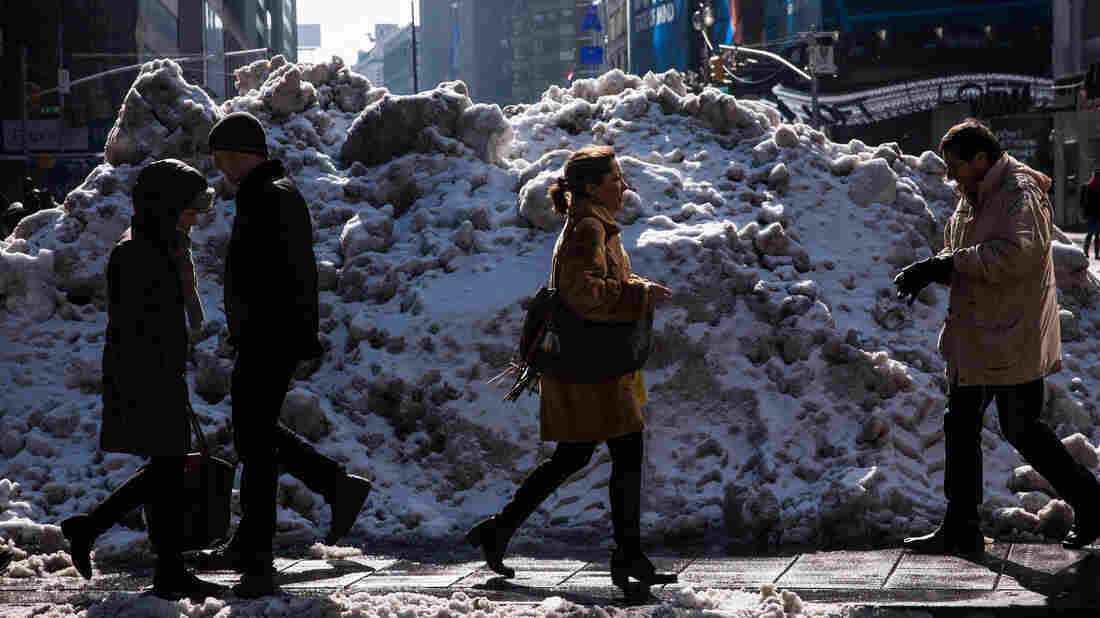 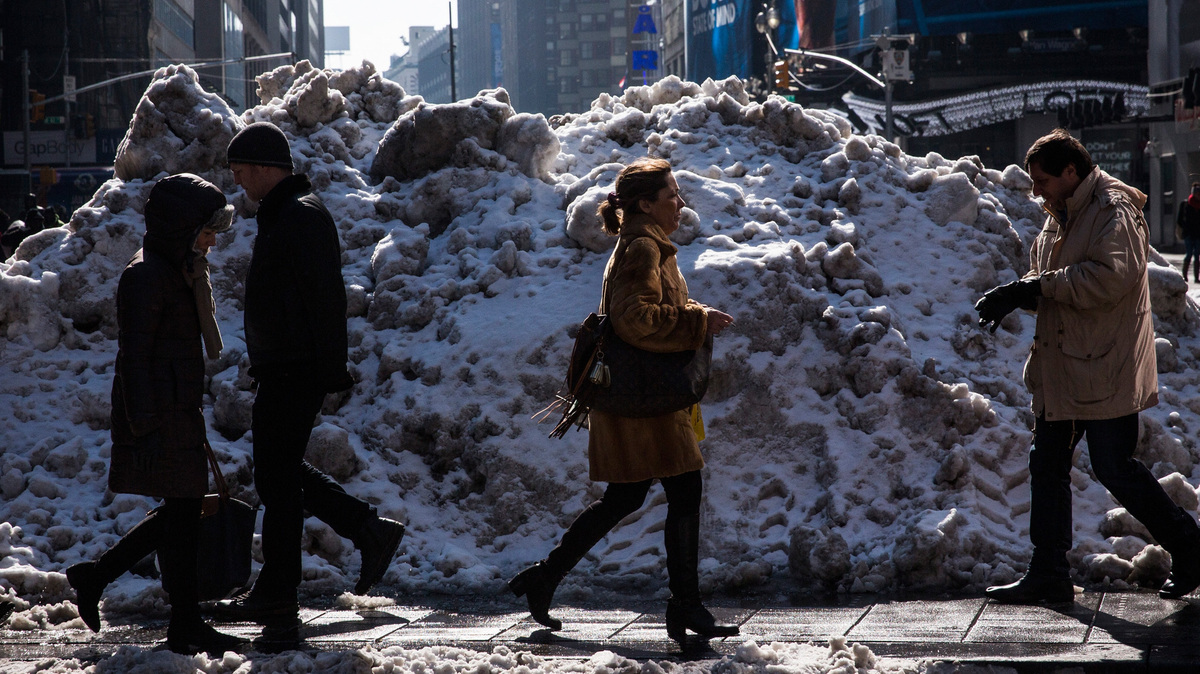 It will melt eventually: People walk past a pile of dirty snow in New York City's Times Square.

Hang on, you winter-weary folks.

"Temperatures are expected to warm to above average levels for late February from the Central Plains to the East Coast," the National Weather Service says.

But first, "we have to get through one more winter storm," The Weather Channel writes.

So, the thundersnow that was heard and felt in Iowa, Illinois and Indiana on Monday and then across Ohio, Pennsylvania and Maryland early Tuesday, will be moving farther north and east. Snow will fall today across much of New York state and New England.

"Oregon's statewide snowpack — which had been hovering around a third of normal in mid-January — reached a respectable 61 percent of average Monday," The Oregonian reports. More rain and mountain snow are expected at least through Friday.

But, "it remains dry and warm across the Southwest." And there's no significant precipitation in the forecast for drought-weary California.