Accessibility links
Jimmy Fallon, 'Your Host ... For Now,' Takes Over 'Tonight' : The Two-Way The new host's first show is getting good reviews. He pledged to "do the best I can" and collected on some "bets" from friends such as Robert De Niro, Lady Gaga and Stephen Colbert who had supposedly bet he'd never take over from Jay Leno. 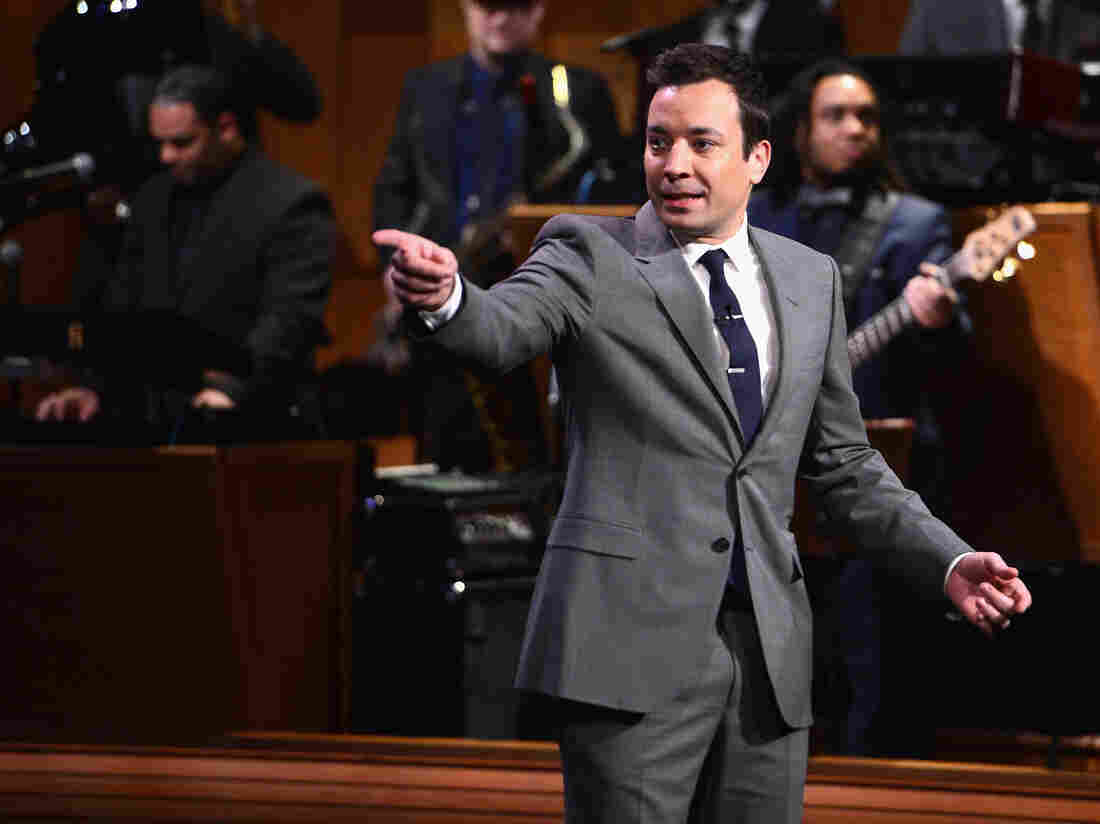 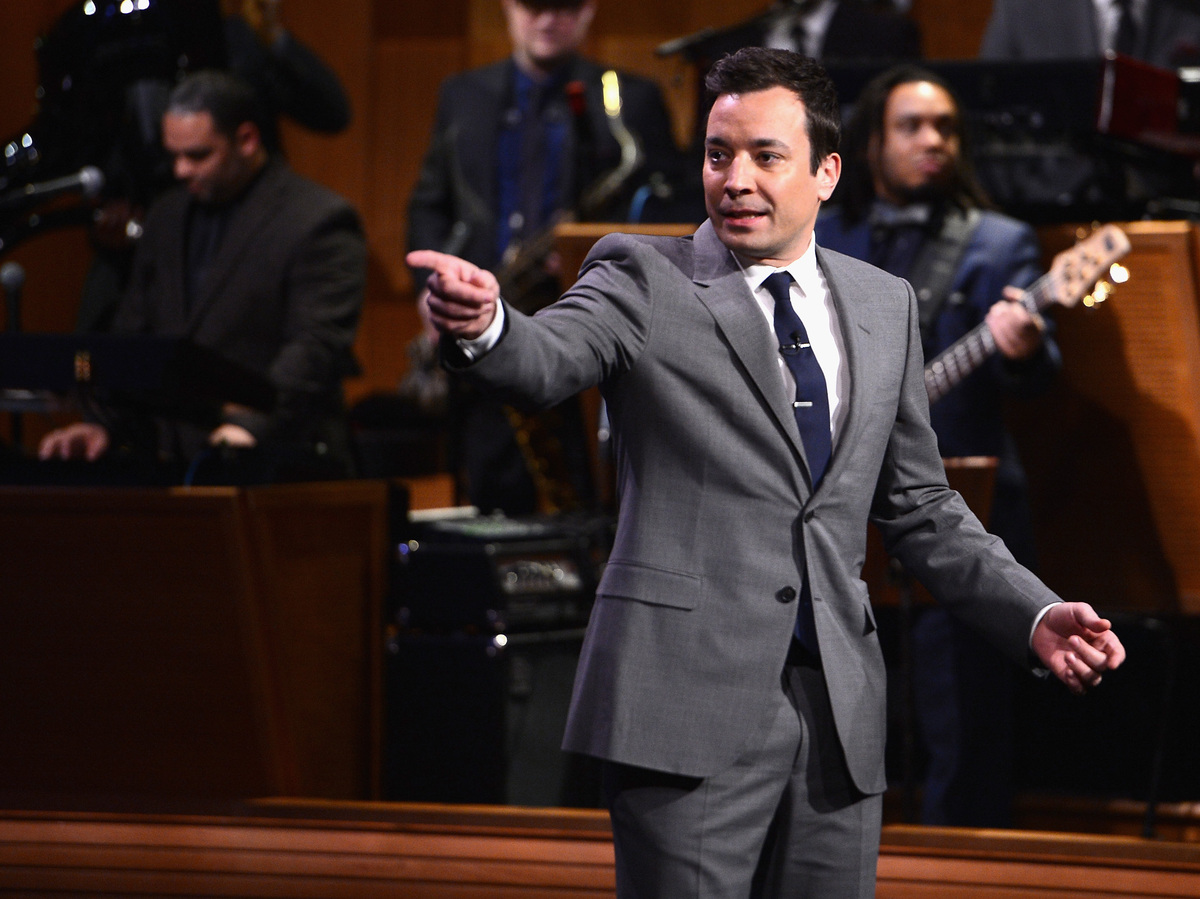 Jimmy Fallon during his debut Monday as host of NBC's The Tonight Show.

Jimmy Fallon took over NBC's The Tonight Show on Monday night, saying he just wants "to do the best I can ... make you laugh and put a smile on your face."

I'm "your host ... for now," the comic cracked at one point — an indirect reference to the last time NBC tried to replace his predecessor, Jay Leno, only to give up and bring Leno back after less than eight months.

The night's guests included the band U2 and actor Will Smith. A parade of celebrities — including actor Robert De Niro and pop star Lady Gaga — walked on to hand Fallon $100. They had supposedly bet against him ever taking over the show from Leno. Comedy Central competitor Stephen Colbert was the last to pay up. He showered Fallon with pennies.

After a 42-year absence, the show has moved back to Manhattan, where it began. The morning-after reports on Fallon are generally quite good:

-- "Fallon is an easy-to-like TV persona with a gentle style that seems well-suited to Tonight, and he'll most likely settle in." (USA Today)

-- "If Jimmy Fallon had already proven he was a natural hosting NBC's Late Night, he left no doubt Monday that The Tonight Show now fits him like a glove." (The Associated Press)