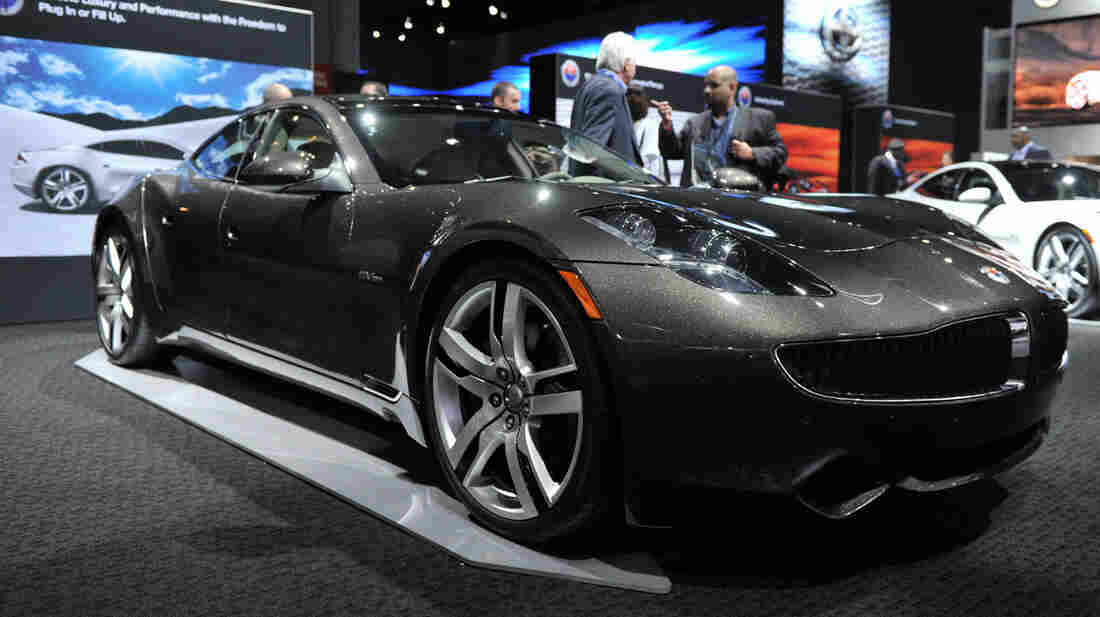 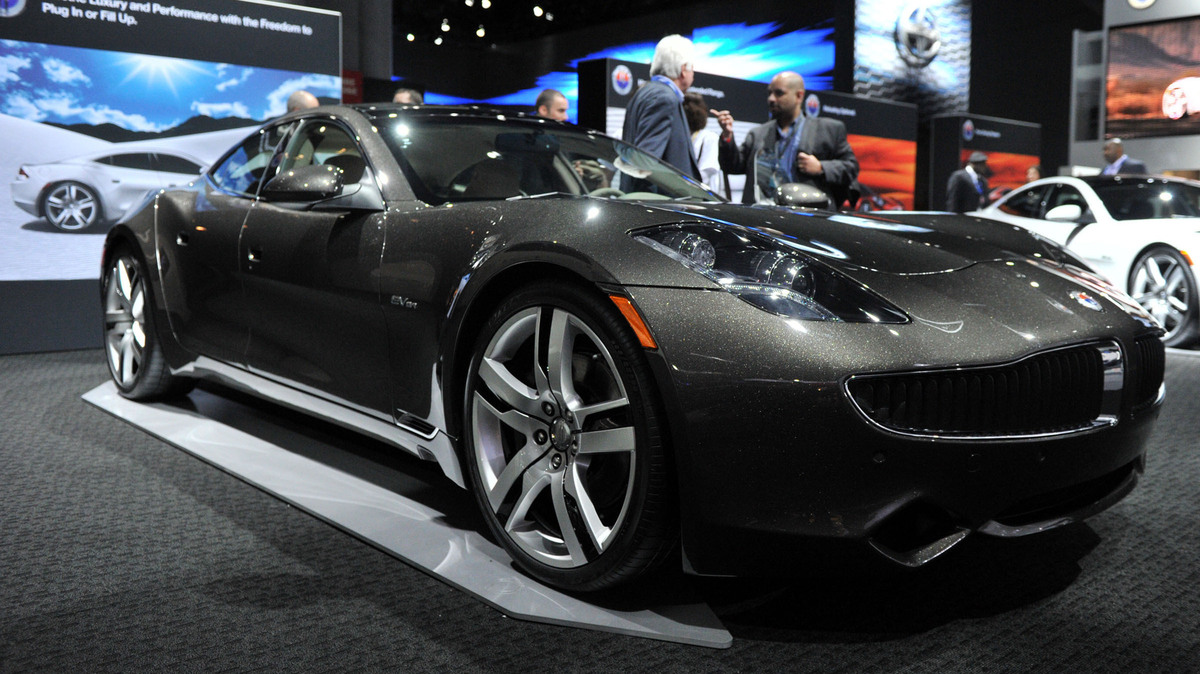 The Karma sedan, a premium electric plug-in hybrid by Fisker Automotive, is seen at the New York International Auto Show on April 5, 2012.

A bankruptcy judge in Delaware has approved the sale of bankrupt electric carmaker Fisker to China's largest auto parts company.

NPR's Frank Langfitt reported on the story for our Newscast Unit.

"The company had received huge loans from the Obama administration designed to encourage clean-energy technology. It has also struggled with vehicle fires and battery pack problems. Fisker's luxury sports car, the Karma, was priced at $100,000.

"Last year, Wanxiang acquired the assets from the bankrupt A123 Systems, which made batteries for Fisker and also benefitted from U.S. government loans.

As we reported last year, Fisker received a $529 million loan from the Department of Energy in 2009 — a fact that was the center of hearings on Capitol Hill when lawmakers grilled the automaker's executives about its financial troubles. Those headlines were a far cry from 2009, when we were asking: Can Fisker Save American Cars?

Fisker, of course, is the face of the financially troubled electric car market. The face of its relative success is Tesla. The San Francisco Chronicle reported Sunday that a top Apple executive met with Tesla CEO Elon Musk last spring to possibly buy the carmaker. A Tesla spokeswoman declined to comment to the newspaper. But the auto blog Jalopnik notes that Apple's goal could just be "getting iOS into a very visible car."