Accessibility links
Genesis Carmona : The Two-Way Genesis Carmona died after being shot Tuesday during an anti-government protest. The murder of another beauty queen, Monica Spear, is among the reasons protesters have taken to the streets.

There's a sad symmetry to the news from Venezuela, where anti-government protests in recent weeks have been fueled in part by outrage over the shooting death of a beauty queen — a death that underscored that nation's struggle to control violent crime. 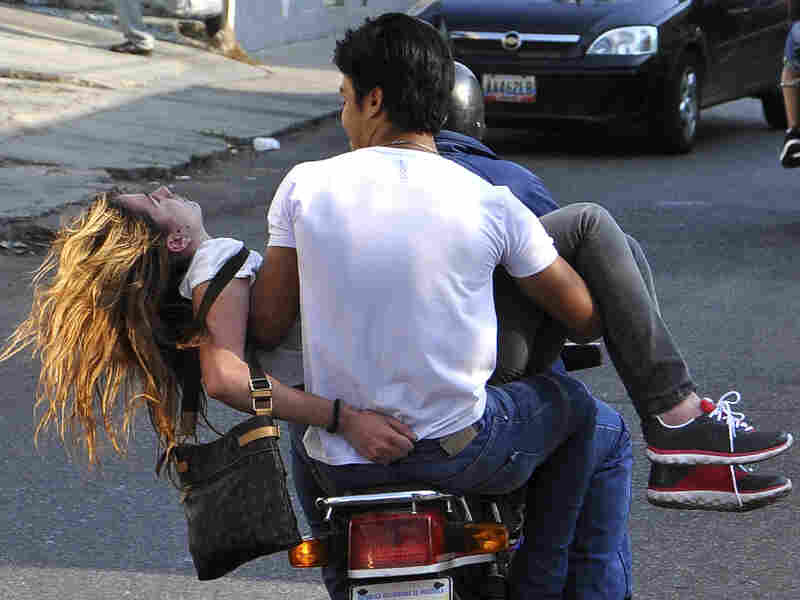 This photo, which witnesses say shows Venezuelan beauty queen Genesis Carmona being evacuated from the scene of a protest on Tuesday, is ricocheting around the Web. She died after being shot. /Reuters/Landov hide caption 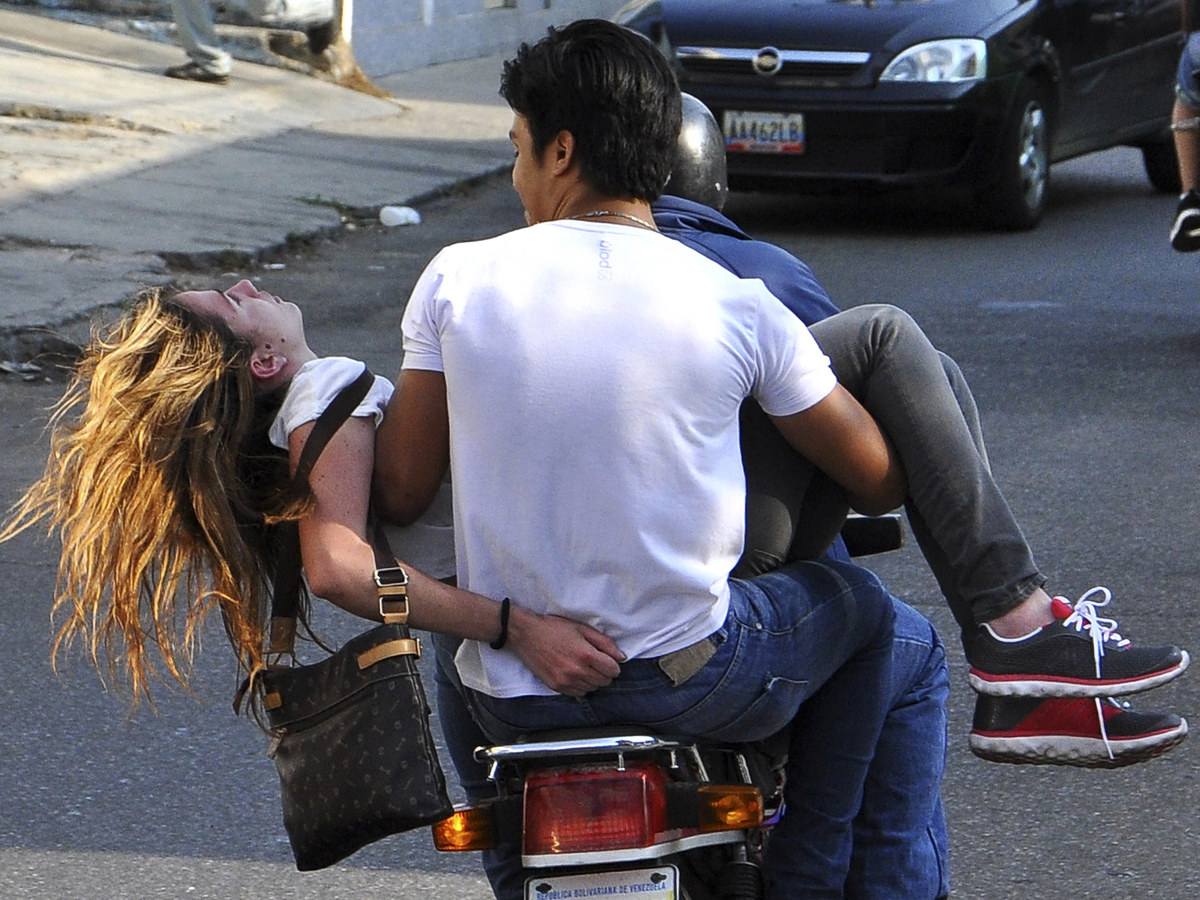 This photo, which witnesses say shows Venezuelan beauty queen Genesis Carmona being evacuated from the scene of a protest on Tuesday, is ricocheting around the Web. She died after being shot.

One of the five people killed this week during protests against the socialist government of President Nicolas Maduro, it's now being reported, was another young beauty queen.

"The latest victims of the unrest included college student and model Genesis Carmona, 22, who was shot in the head at a protest on Tuesday in the central city of Valencia," Reuters reports. "She died later in a clinic."

A photo of a young woman who witnesses say is Carmona has been widely circulated on social media and by news outlets. It shows her being evacuated from the scene of a protest Tuesday in the city of Valencia. A young man is cradling her in his arms as another person drives them away on a motorcycle.

Carmona, according to The Washington Post, was Miss Tourism Carabobo 2013. It isn't known who fired the shot that is said to have killed her.

As the Post has also reported, in Venezuela "beauty queens are as revered ... as top athletes and movie stars."

Bloomberg BusinessWeek has noted that:

"Sporadic protests have plagued Maduro's government [since he was elected last April], but the murder, in January, of a beloved television star and beauty queen, Monica Spear (along with her British husband), proved a turning point, highlighting Venezuela's status as one of the most homicide-afflicted countries on earth and sparking demands that the government protect its citizens."

Authorities believe Spear and her husband were shot to death by robbers who forced their car off a road. A half-dozen suspects have been arrested and charged.

Now, Carmona's name, along with the photo, is circulating on Twitter. "So sad. This is another tragic loss as a result of the turmoil in #Venezuela," reads a typical comment.

Meanwhile, it appears that Leopoldo Lopez, the opposition leader who turned himself in to authorities on Tuesday, will remain behind bars for the time being. According to the BBC, "a Venezuelan court has ordered that ... Lopez remain in custody pending further hearings, Mr Lopez's lawyer said." As the BBC adds:

"Maduro accused Mr Lopez of fomenting a coup against his government. 'Someone is responsible for every violent act that happens in this country. One of them is in jail,' he said in an address on national television."