Accessibility links
Tale Of Two Popes: Francis, Benedict Appear Together In Public : The Two-Way The pontiff and his predecessor appeared at St. Peter's Basilica for a ceremony to anoint 19 new Roman Catholic cardinals.

Tale Of Two Popes: Francis, Benedict Appear Together In Public

Tale Of Two Popes: Francis, Benedict Appear Together In Public 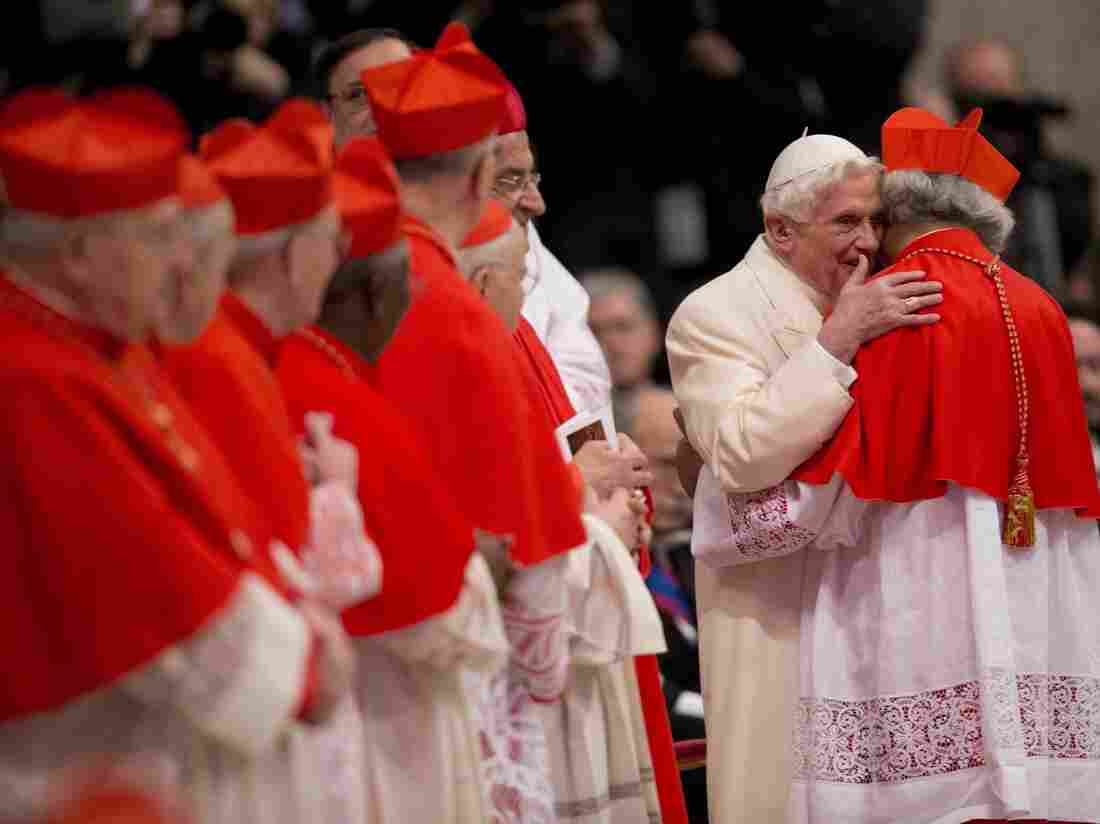 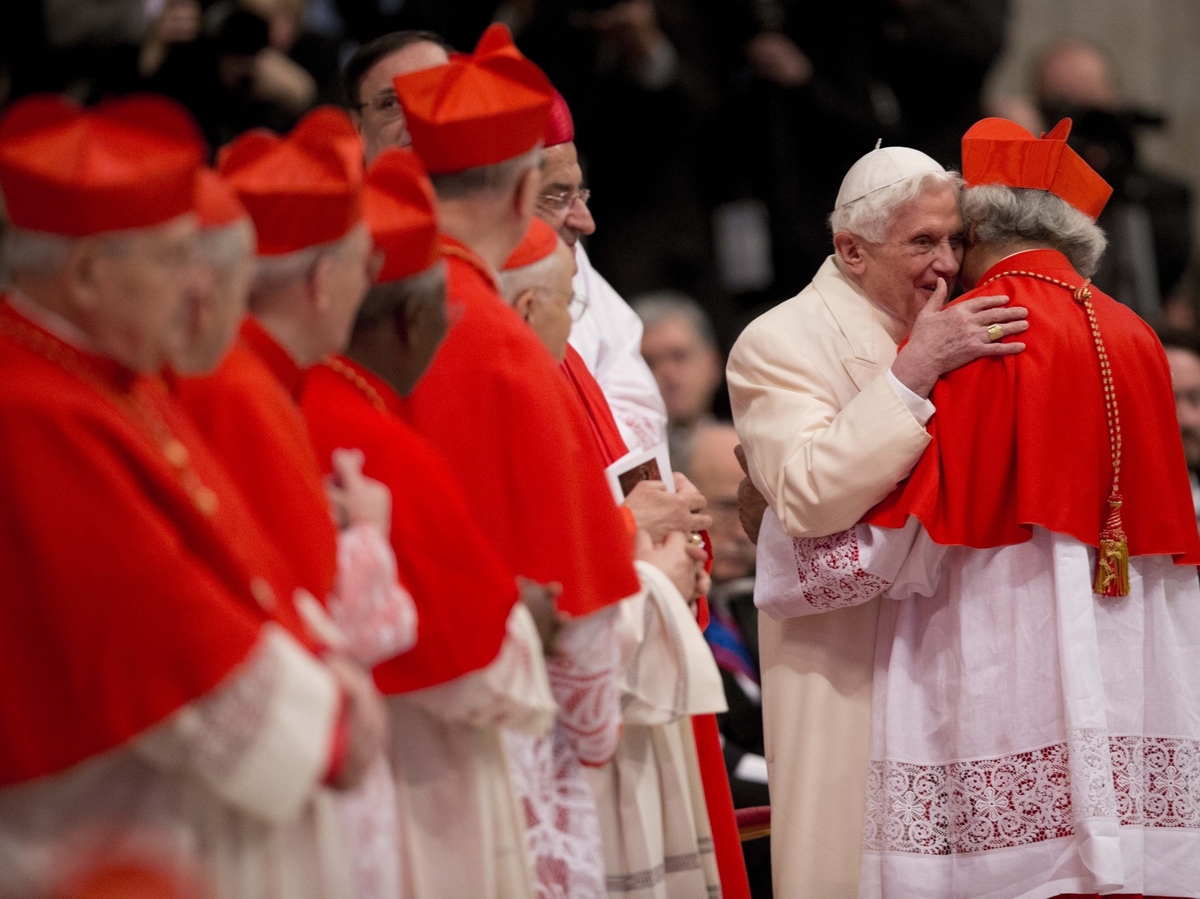 Newly-elected Cardinal Leopoldo Jose Brenes Solorzano, Archbishop of Managua, right, is hugged by Pope Emeritus Benedict XVI during a consistory inside the St. Peter's Basilica at the Vatican, on Saturday.

Pope Francis and his predecessor, Benedict XVI, appeared together at a ceremony anointing 19 new cardinals in what The Associated Press described as "an unprecedented blending of papacies past, present and future."

In the solemn event, known as a consistory, Francis on Saturday bestowed red hats on his first batch of cardinals.

NPR's Sylvia Poggioli, reporting from Rome, says at the start of the event in St. Peter's Basilica, Francis warmly embraced Benedict, seated close to the new princes of the church.

"Benedict discreetly entered St. Peter's Basilica from a side entrance surrounded by a small entourage and was greeted with applause and tears from the stunned people in the pews. He smiled, waved and seemed genuinely happy to be there, taking his seat in the front row, off to the side, alongside the red-draped cardinals."

"It was the first time Benedict and Francis have appeared together at a public liturgical ceremony since Benedict retired a year ago and became the first pope to step down in more than 600 years."

"Benedict's presence marked a new phase of reintegrating him back into the public life of the church after a period of being hidden away that began almost exactly a year ago with his Feb. 28, 2013 resignation."

Ten of the 19 new cardinals, like Francis himself, come from outside Europe, including some from the poorest countries in the world, Sylvia says.

The AP says: "Two hail from Africa, two from Asia and six from Francis' native Latin America, which is home to nearly half the world's Catholics but is grossly underrepresented in the church's hierarchy."

"In his homily, Francis warned them to reject a 'worldly mentality' – which he said leads to rivalry, jealousy and factionalism," according to Sylvia.