Ukrainian President Viktor Yanukovych's opponents are moving quickly to take government power, although no one is certain how permanent those moves will be.

The Ukrainian legislature has voted to give the president's powers temporarily to the Parliament speaker, Oleksandr Turchinov.

On Sunday, Turchinov addressed the nation, saying that Ukraine was ready to talk to Moscow about improving relations, but made it clear that further integration with Europe would be his top priority.

He promised Russia a "new, equal and good-neighbourly footing, that recognises and takes into account Ukraine's European choice." 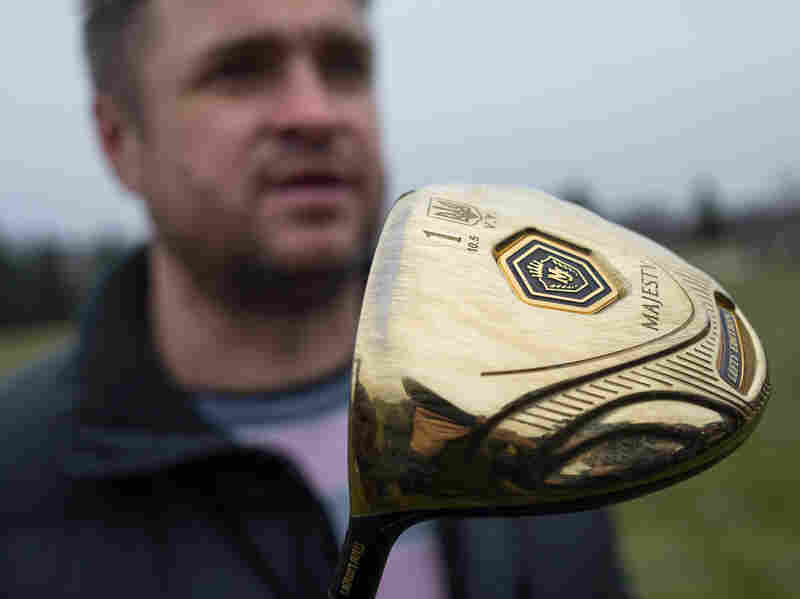 A man holds a golf club with the name of Ukrainian President Viktor Yanukovich at a golf course on the grounds of Yanukovich's residence. Andrew Lubimov/AP hide caption 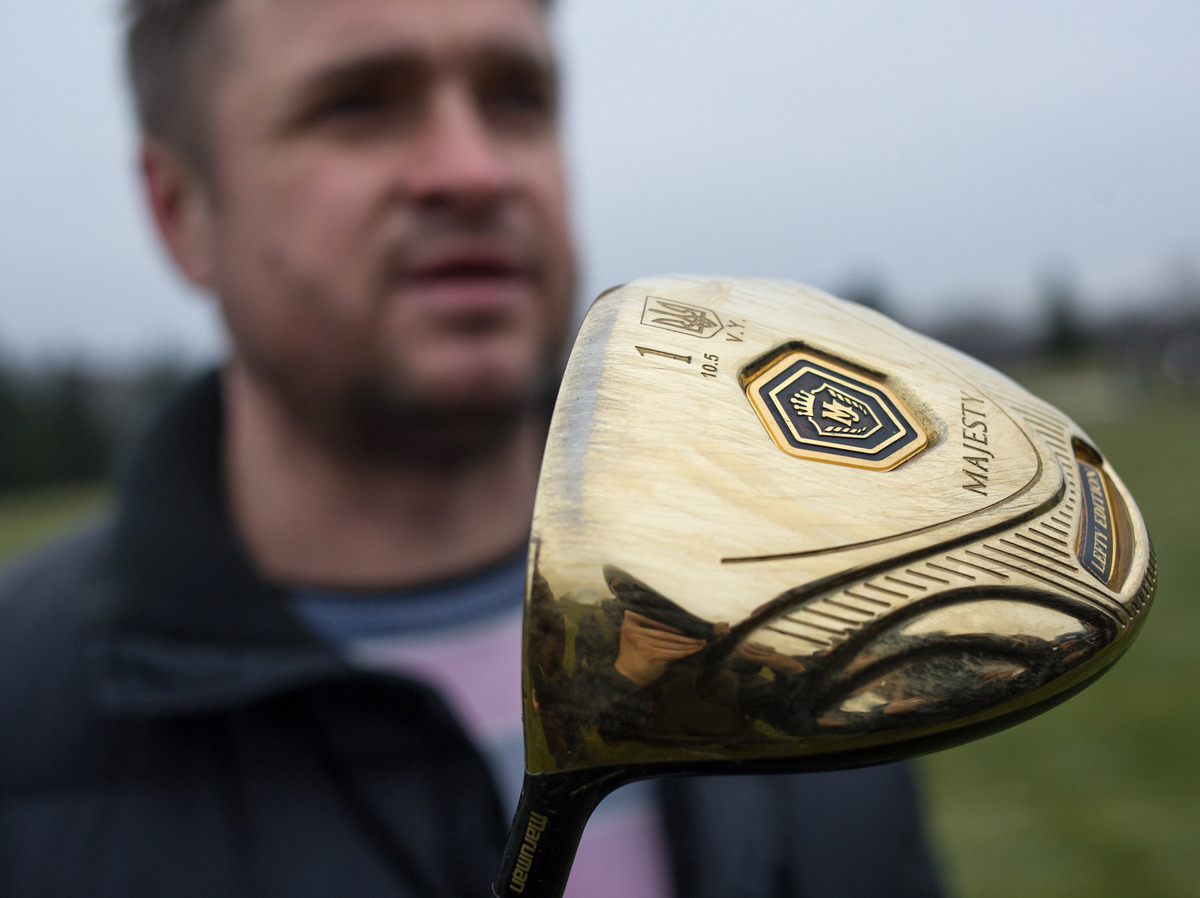 A man holds a golf club with the name of Ukrainian President Viktor Yanukovich at a golf course on the grounds of Yanukovich's residence.

"Another priority," he said, "is the return to the path of European integration."

Russia's ambassador to Ukraine was recalled to Moscow for consultations on the "deteriorating situation" in Kiev, Reuters reports.

The EU's top diplomat, Catherine Ashton is heading to Kiev on Monday to enter talks with all sides with the aim of finding a "lasting solution to the political crisis," she said in a statement.

Turchinov, the new interim leader, is a close ally of Yulia Tymoshenko, the former prime minister and Yanukovych's arch-nemesis. She was released from prison Saturday and gave a rousing speech to the adoring protesters in Independence Square.

Since fleeing Kiev on Saturday, Yanukovych's whereabouts are still unknown. The Associated Press reported that a plane with the president on board was denied permission to depart from Donetsk, in eastern Ukraine, where he still enjoys a base of support.

He has said that Parliament actions were illegal.

The Parliament also voted to remove many of Yanukovych's ministers, and attempted to put together a coalition government. Elections are set for May 25.

Meanwhile, protesters freely entered Yanukovych's abandoned residence and found stunning evidence of opulence and luxury, The New York Times and others reported. Among other extravagances, they found a half-dozen large houses, a private zoo, a golf course, a collection of classic cars and a private restaurant shaped like a pirate ship.

NPR's Soraya Sarhaddi Nelson tells NPR's Weekend Edition Sunday that it's chaos in and around the former president's residence.

"It's Sunday, and it seems like every Ukrainian has decided to take their families out there to see this very luxurious estate in a very luxurious development that regular Ukrainians didn't have access to," she says.

You can see some photos of the presidential compound here.

So far, organized street fighters have prevented the gawking crowds from looting — to preserve evidence for Yanukovych's future prosecution, they told the Times.

Thousands remain in Independence Square in the capital, where the mood was calm, according to the BBC.

Tymoshenko, speaking from a wheelchair Saturday night, told the crowd to keep up their fight.

"Until you finish this job ... nobody has the right to leave," she said.

She "broke down in tears as she told cheering supporters: 'You are heroes. Because nobody could ... do what you have done,' " the BBC said.

"What's ultimately coming out on top is the will of the Ukrainian people," he says.

"We, the U.S., have been involved in a very long effort over decades to strengthen democracy here. I think in many ways, what comes in the next few weeks is a second chance to make things work," Pyatt says.

Speaking later on NBC's Meet The Press, National Security Adviser Susan Rice said any attempt by Moscow to "carve up" Ukraine "would be a grave mistake."

"It is not in the interests of Ukraine or of Russia or of Europe or the United States to see the country split," she said. "It's in nobody's interest to see violence return and the situation escalate."