Accessibility links
Mango Alert: Australians Puzzle Over Huge Stolen Fruit : The Two-Way The Big Mango is a roadside tourist attraction that's 33 feet tall and 26 feet wide; it weighs seven tons. As of last night, it's missing. But not everyone thinks it was stolen. 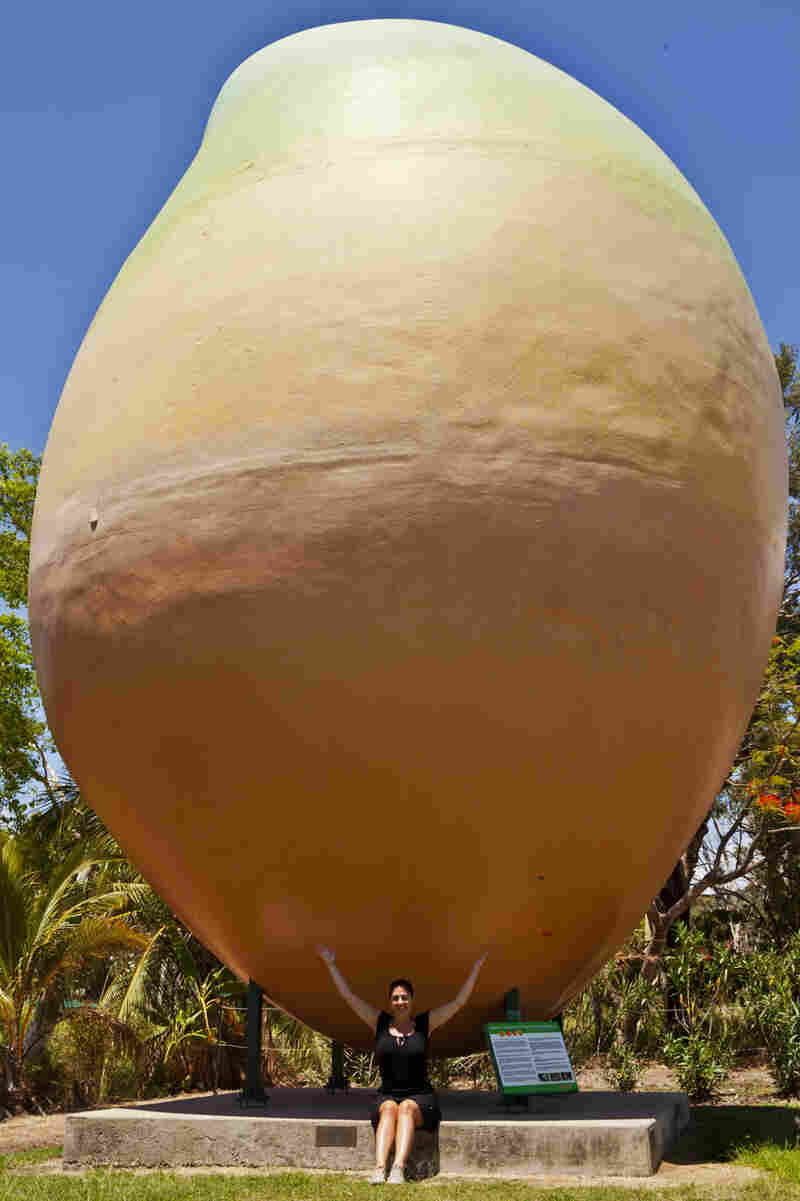 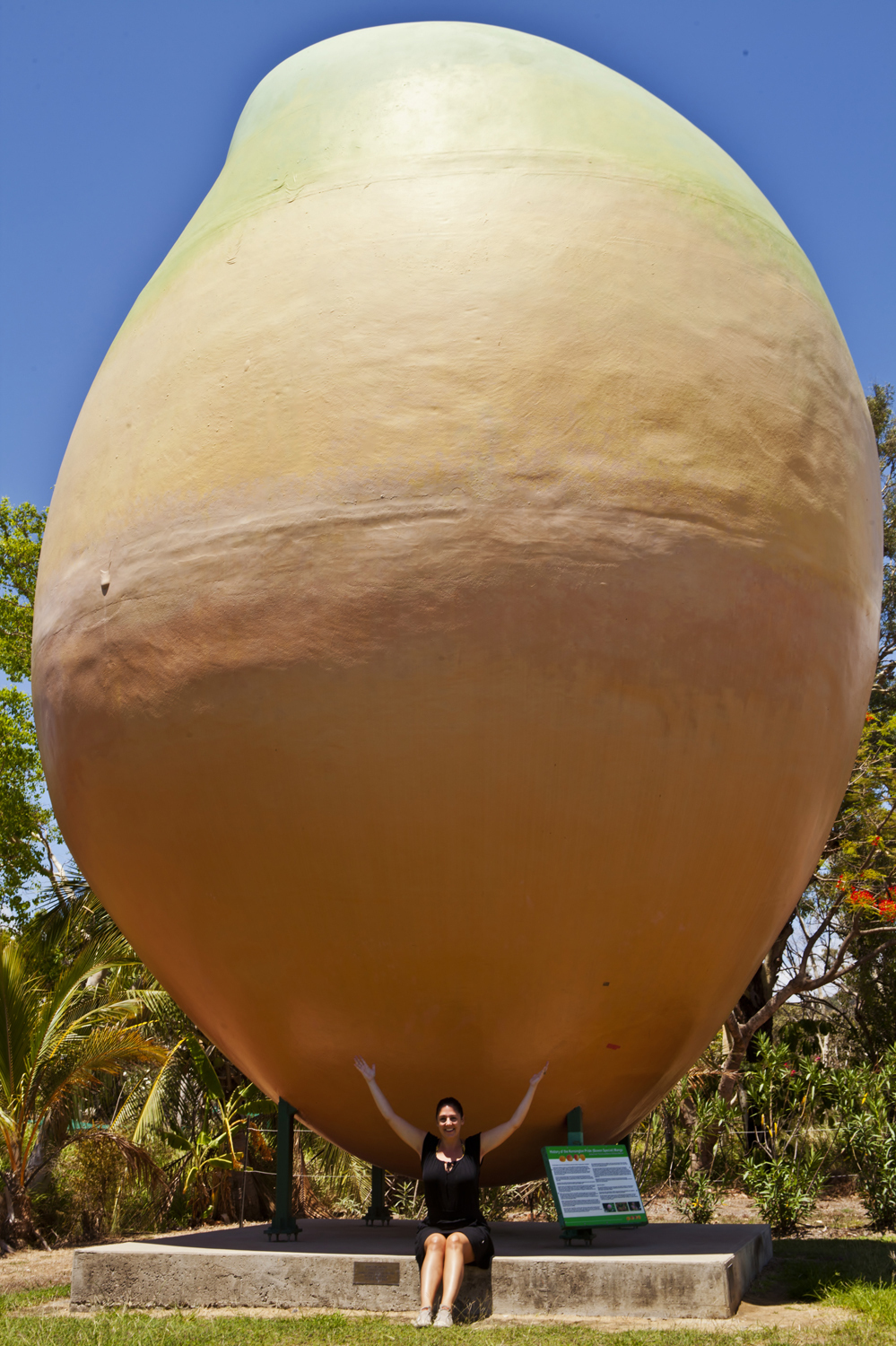 The Big Mango in Bowen, Australia, seen here in 2011, disappeared overnight, surprising people who live near the 33-foot-tall sculpture.

It's 33 feet tall and 26 feet wide; it weighs seven tons. And as of last night, it's missing: a giant mango vanished from its perch in Bowen, Australia, where it was erected in tribute to the region's mango industry. Some say it could be a p.r. stunt; others are having fun with "Mango Gate" on Twitter.

The Big Mango became a tourist attraction after it was erected 12 years ago to commemorate the "Kensington Pride" mango that's grown in Bowen, which bills itself as the mango capital of Australia. The gargantuan fruit cost $90,000 when it was built.

In Australia, they like large things. So much so that there's a list of 150 "Big Things," huge sculptures of everyday items that have become favorite roadside attractions. Just down the coast from the Big Mango, the Big Banana and the Big Pineapple are perhaps the most famous, leading some Aussies to warn of a possible plan to assemble an epic fruit salad.

Reports that Bowen officials didn't immediately file a complaint with police have driven speculation that the incident is all a publicity stunt meant to drive interest in Bowen, on the Queensland coast in northeast Australia. But if the theft was staged, tourism officials were staying in character Monday.

"It looks like it was sort of a two o'clock this morning type thing," Bowen Tourism chairman Paul McLaughlin tells Sky News.

"At the end of the day it's a bloody big mango and I'm sure someone will see it and we'll find it anyway.

"I think it'll definitely turn up, no doubt about that. We're not sure what has happened but I'm sure we'll get it back."

Surveillance footage from a nearby camera has been posted online; it shows what looks to be a fast and well-equipped operation, complete with a truck-mounted crane.

But something tells us the Big Mango will be found. As the Brisbane Times reports, "A Bowen's Big Mango page was created on Facebook on Monday morning. The first post appeared about noon: 'Bowen's Big Mango is missing!!! Please share and help us find it!'"