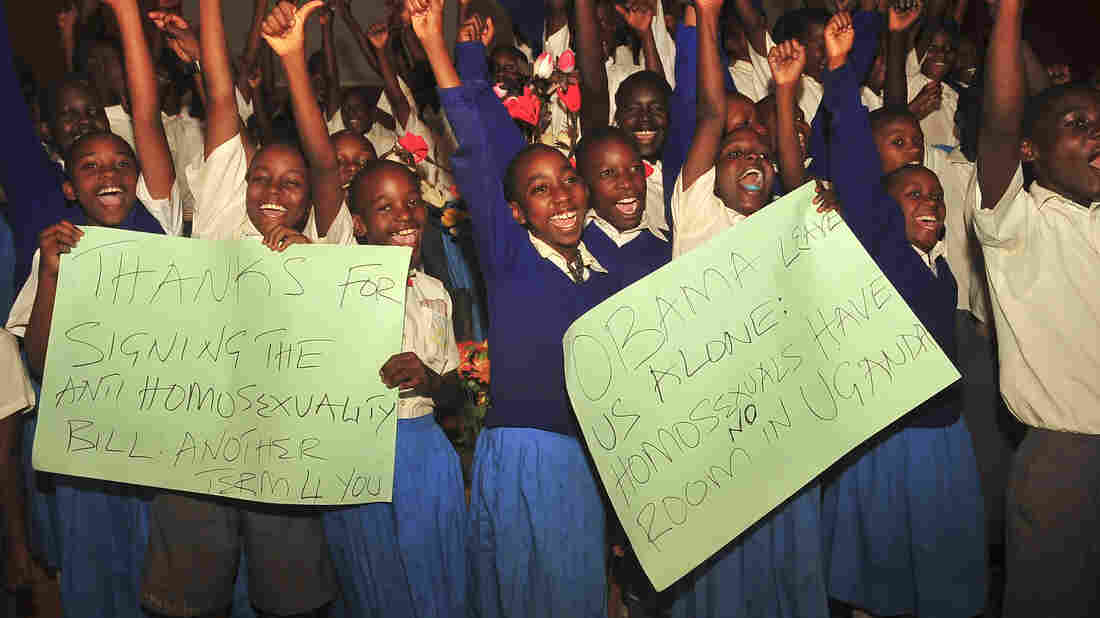 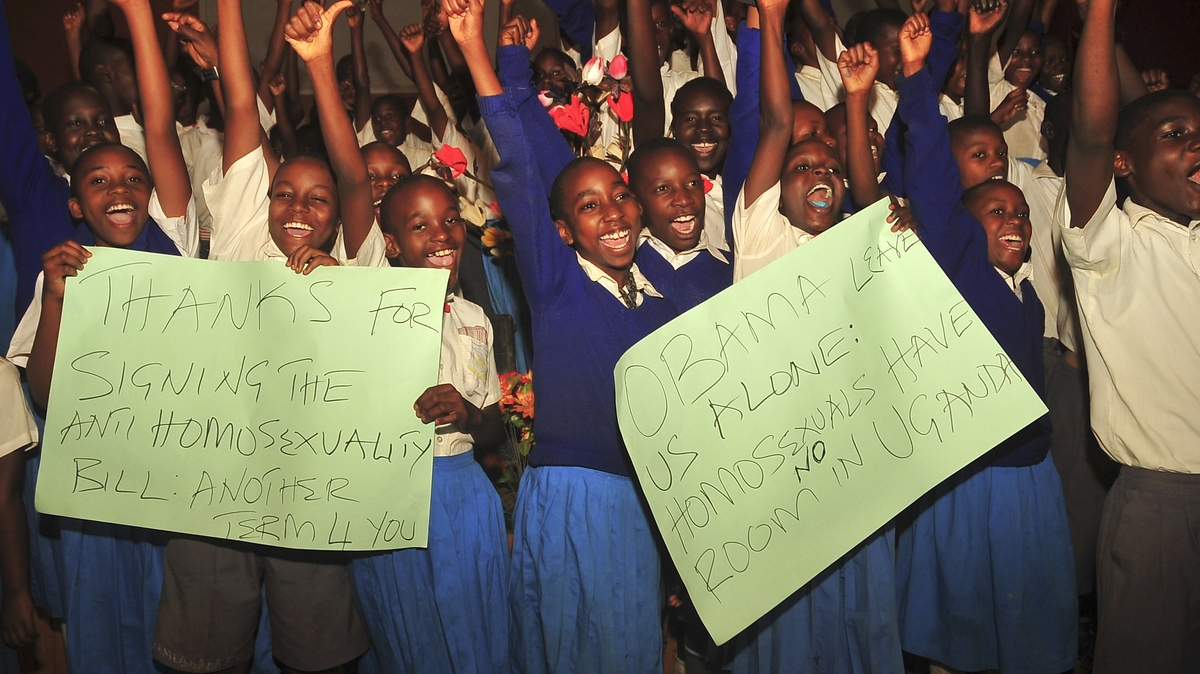 Ugandan students take part in an event Monday to celebrate the signing of a new anti-gay bill outside Kampala, Uganda. Ugandan President Yoweri Museveni signed the bill into law on Monday.

Ugandan President Yoweri Musaveni signed a controversial bill Monday that makes gay sex punishable by terms of up to life in prison, and accused Western groups of "coming into our schools and recruiting young children into homosexuality and lesbianism."

NPR's Gregory Warner reported on the story for our Newscast unit. Here's what he said:

"The move was framed here as a rebuff to the West, seen as less influential as Uganda discovers oil wealth and increases its trade with China. But the bill was written after a conference in Uganda organized by some American evangelicals who argued that homosexuality was the greatest threat to the cohesion of the African family."

The Associated Press reported that the move is likely to bolster Musaveni ahead of presidential elections, and pleased many Ugandans. Nigeria signed a similar bill into law last month. Here's more from the AP:

"The Ugandan law calls for first-time offenders to be sentenced to 14 years in jail. It sets life imprisonment as the maximum penalty for 'aggravated homosexuality,' defined as repeated gay sex between consenting adults and acts involving a minor, a disabled person or where one partner is infected with HIV."

In a statement, Secretary of State John Kerry condemned the move, calling it a "tragic day for Uganda and for all who care about the cause of human rights."

But Musaveni was undeterred, saying: "We reject the notion that somebody can be homosexual by choice; that a man can choose to love a fellow man; that sexual orientation is a matter of choice."

He also rejected EU threats to cut off aid, saying his country "is very rich, we do not need the aid."