Accessibility links
Ukraine Will Turn Yanukovych Case Over To The Hague : The Two-Way The whereabouts of Ukraine's ousted President Viktor Yanukovych remain unknown, but the opposition-led Parliament says any war crimes prosecution would come in the International Criminal Court.

Ukraine Will Turn Yanukovych Case Over To The Hague 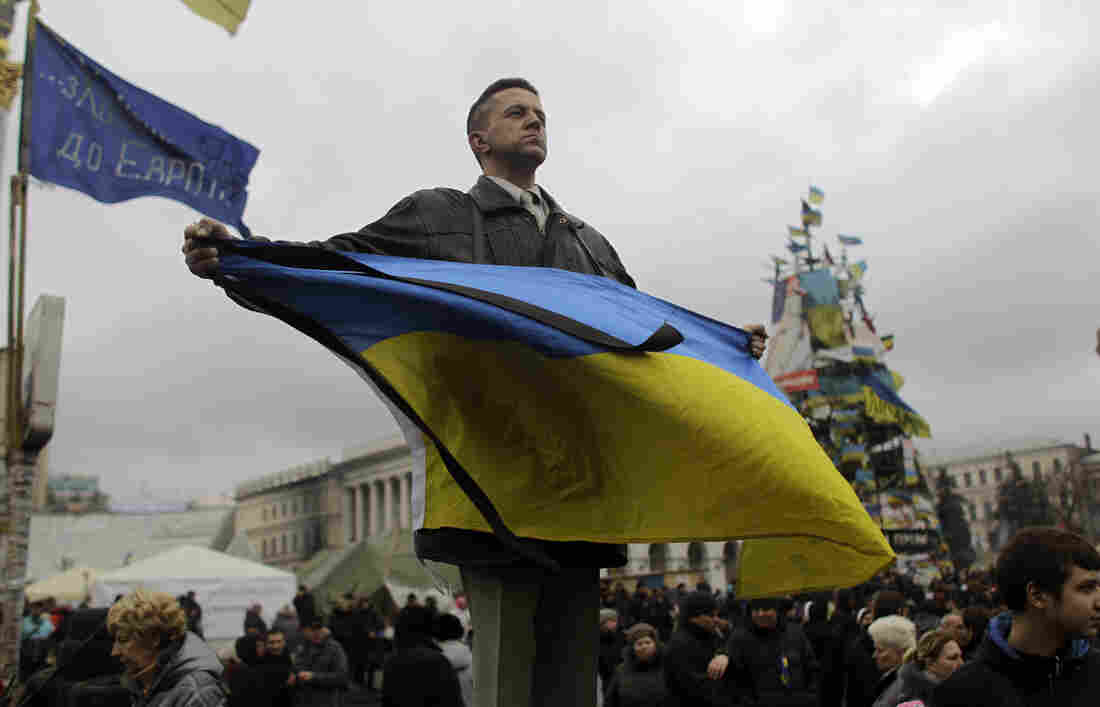 An anti-Yanukovych protester holds a Ukrainian flag in Kiev's Independence Square, the epicenter of the country's current unrest, Tuesday. The Ukrainian Parliament has voted to turn prosecution of ousted President Viktor Yanukovych over to The Hague. Marko Drobnjakovic/AP hide caption 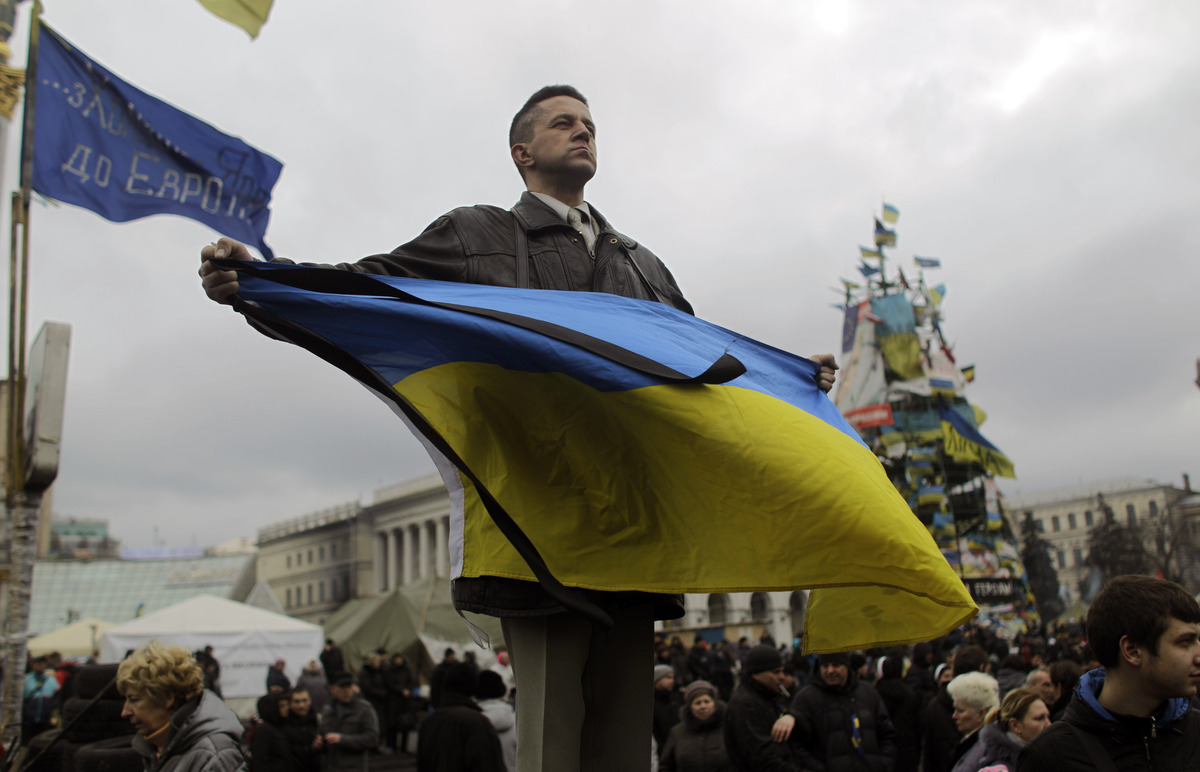 An anti-Yanukovych protester holds a Ukrainian flag in Kiev's Independence Square, the epicenter of the country's current unrest, Tuesday. The Ukrainian Parliament has voted to turn prosecution of ousted President Viktor Yanukovych over to The Hague.

The whereabouts of Ukraine's ousted President Viktor Yanukovych remain unkown, but the country's opposition-led Parliament says any war crimes prosecution of the former leader would come in The Hague's International Criminal Court.

The opposition, which took control after Yanukovych fled the capital, has not yet formed a government. But its leaders have said they want to ensure the former president and other officials are held accountable for the deaths of protesters during months of demonstrations.

NPR's Peter Kenyon reports for our Newscast unit from Kiev:

"The resolution represents an effort to grant the international criminal court in the Hague jurisdiction over the deaths of protesters in Kiev's Independence Square. The Health Ministry says 88 people were killed. Yanukovych remains at large, last seen in the pro-Russian Crimean peninsula.

"The new government remains unformed, meanwhile, with an economic crisis looming. Calls for an urgent donor's conference are getting positive responses, but no date has been announced.

"And tensions with Russia are on the rise. There are growing calls in pro-Russian eastern Ukraine for Moscow to step in and protect Russian citizens in Ukraine, but world leaders, including Russia, continue to call for a unified Ukraine."

In cities in the Crimea, protesters have been chanting ""Russia, save us!" according to the AP. The news agency spoke to construction worker Vyacheslav Tokarev, 39, in Sevastopol.

"Bandits have come to power," Tokarev said. "I'm ready to take arms to fight the fascists who have seized power in Kiev."

Crimea was once part of Russia; it became part of Ukraine in 1954. Paul Sonne of The Wall Street Journal says that separatist rhetoric is beginning to spread in eastern Ukraine.

He says that with ethnic Russians and people who speak Russian making up around 60 percent of the population, "one of the big scaremongering things that you hear at the rallies here on the streets is, 'Oh no, what if they bar the Russian language from being spoken?' "

Beyond the rhetoric, some people are taking action, Sonne says, noting that hundreds of people are joining militias in the Crimea, prodded by a recruiting call on social media.

As for Yanukovych's current location, Sonne says, "There's definitely a lot of joking about it. I don't know if people have any idea of really where he is. Even the acting interior minister said something along the lines of ... 'If I had a piece of paper for everyone who's told me where Yanukovych might be, I wouldn't have any pockets left to put it in.' "

But Sonne notes that despite the area's historic ties to Russia, many in the Crimea were unhappy with Yanukovych during his tenure.

"A lot of people really don't like Yanukovych for a whole host of reasons," he says. "Sevastopol and some of the cities here economically are really not doing well, like a lot of the rest of Ukraine. So I don't know if he would be welcomed with open arms and that they would give him quarter."