Accessibility links
What A Rush! California Couple Finds Gold Coins Worth $10M : The Two-Way It's thought to be the richest cache of coins ever discovered in the U.S. Minted in the 1800s, they were stuffed into eight cans and buried on a Sierra Nevada ridge.

What A Rush! California Couple Finds Gold Coins Worth $10M

What A Rush! California Couple Finds Gold Coins Worth $10M 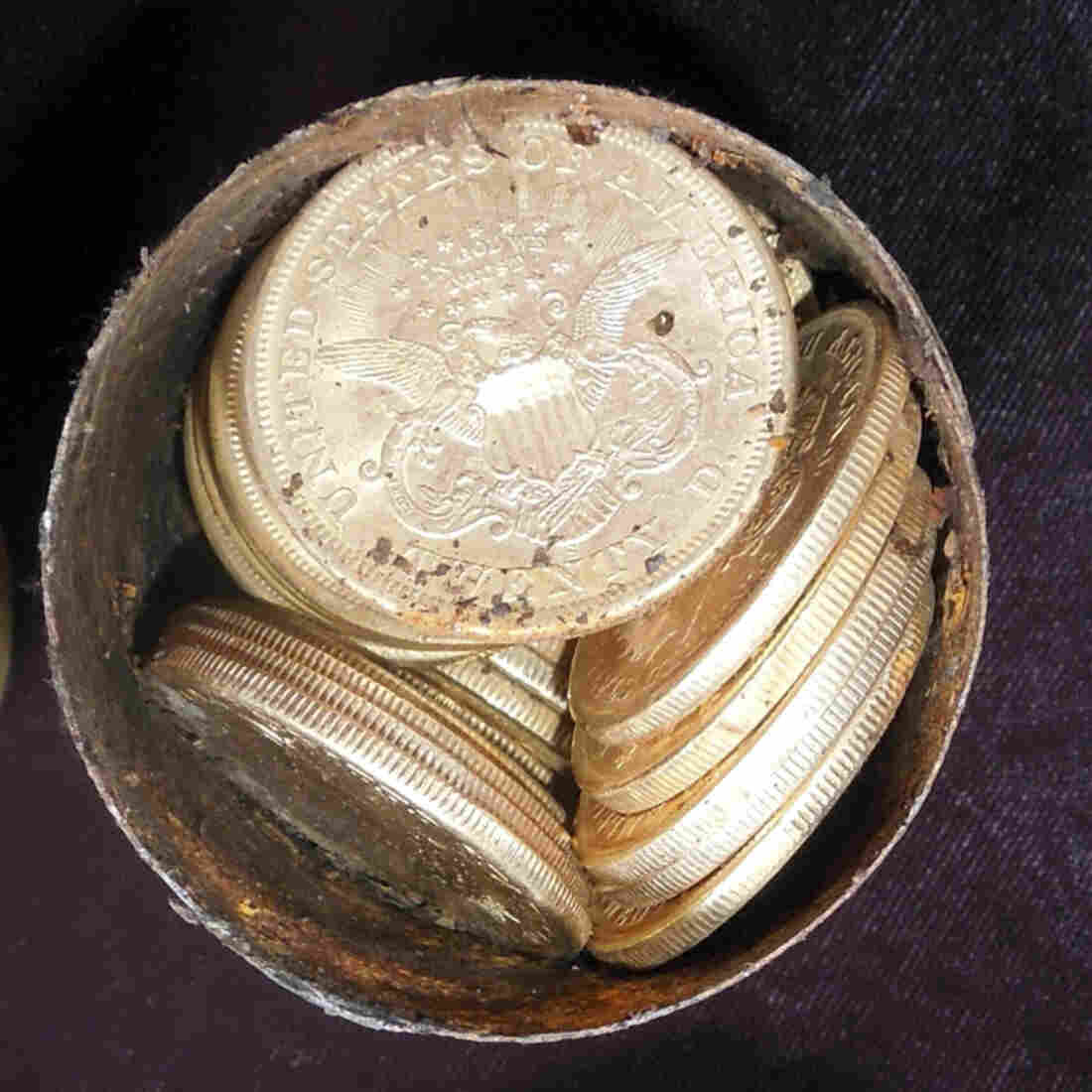 Thar's gold in them thar cans: One of the eight cans discovered by a California couple. They were stuffed with gold coins minted in the 1800s. The cache's estimated value: $10 million. Kagin's Inc./AP hide caption 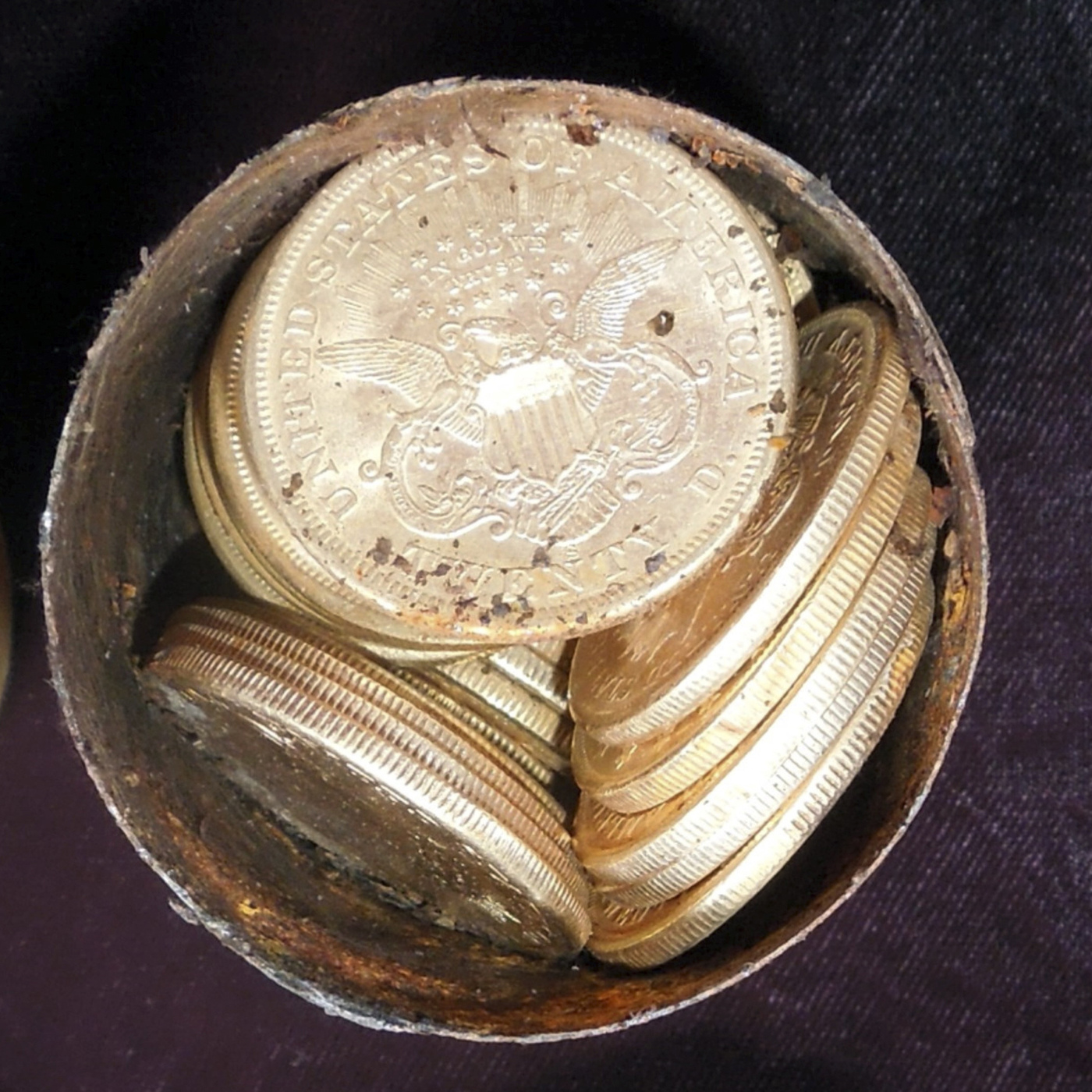 Thar's gold in them thar cans: One of the eight cans discovered by a California couple. They were stuffed with gold coins minted in the 1800s. The cache's estimated value: $10 million.

If you've ever dreamed about finding buried treasure, this story's for you:

A California couple who say they had walked by the same spot on their Sierra Nevada property many times over many years are an estimated $10 million or so richer after digging up eight rusty old cans containing 1,427 very valuable gold coins. It's thought to be the most valuable discovery of such coins in U.S. history.

Identified for now only as "John and Mary," the lucky landowners tell Kagin's Inc. — a numismatic firm that has examined the coins and is representing the couple — that they had in the past noticed an old can sticking from up the ground.

"We thought the can might be a place for someone to put flowers in for a gravesite — something which would have been typical" in years past, John says in an interview posted on the firm's website.

But during a walk last year along a part of their property that they call Saddle Ridge, John and Mary wondered whether the can might also be a marker of some sort. So they did a little digging — literally.

By the time they were done, they had recovered coins that were minted mostly in San Francisco from 1847 to 1894 and have a total face value of nearly $28,000. Many are in almost pristine condition. Kagin's estimates they will sell for about $10 million. The most valuable of the coins, writes the Los Angeles Times, is an 1866-S No Motto Double Eagle worth about $1 million.

John and Mary tell Kagin's that they plan to keep some of the coins, sell many of them and donate some of their windfall to charities.

One of our favorite parts of their story is what they did with the coins immediately after the discovery.

"The first thing the family did after finding all the cans was rebury them in a cooler under their woodpile," David McCarthy of Kagin's tells the San Francisco Chronicle. "They were terrified and had to think about what to do."